At Night of Champions

Having come agonisingly close to winning the International GT Open title with team mate Marco Holzer last month, Nick Tandy was able to put that disappointment behind him on Friday night when he accepted the Porsche Cup from Dr Wolfgang Porsche at the Night of Champions at Weissach. 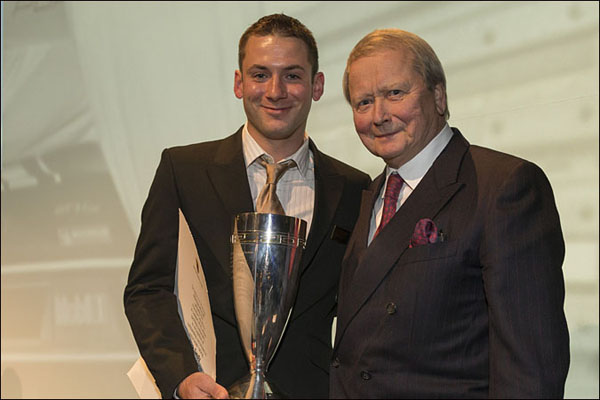 The Porsche Cup is awarded to the best non-works Porsche driver in the world, with Tandy’s 7,510 points giving him a 190-point margin over runner-up Raymond Narac. Paolo Ruberti was third. Tandy becomes only the third British driver to win the award since its inception in 1970, after John Fitzpatrick (1972, 1974 and 1980) and Tim Sugden (2005). In addition to the kudos that comes with winning the Cup, the 28 year old was also handed the keys to a shiny new Porsche 911 Carrera S.

In addition to his five wins in the GT Open, Tandy took four wins in the ADAC GT Masters with Schütz Motorsport, and also had outings in British GT (Motorbase) and the ALMS (Flying Lizard and TRG); all of which contributed to his winning points tally.