Very many dyed in the wool endurance racing fans will point to the arrival of the 3.5 litre V10 engined formula as being the beginning of the end of a golden era of the sport.

Too complex, too expensive, an almost entirely factory focused formula (in competitive terms anyway), true or not it is still seen as proof positive of Bernie Ecclestone’s contempt for anything other than F1 in the sport, a bald attempt to break a cycle that had seen factory attention, and budgets, move from F1 to sportscars.

Disastrous it may have been in terms of the breaking of Group C and a reduction in the numbers prepared and capable of competing at the highest level as the factories either bailed immediately tried and failed to make an F1 based engine work as an endurance powerplant, or, in a very few cases grasped the nettle and went for it!

Despite all of the very many downsides of this era though there is one thing that was undeniable – The cars that resulted were simply fantastic!

Jaguar’s, Ross Brawn/John Piper designed XJR 14 is still a legendary car despite its short reign in the sun, the Mercedes C291 and Mazda MXR-01 too have their fans, but the longest lived of the lot were the various incarnations of the Peugeot 905 and Toyota TS010, the Peugeot might have taken the lions share of the silverware but the Toyota was, and is, probably the prettiest of the lot!

It was a huge privilege then, during the tour of TMG’s facility in Cologne to be introduced to John Day, TMG’s unofficial historian and the man whose job it is to keep all of their extensive collection of F1, sports and rally cars as runners.

He’s also responsible for the restoration of F1 cars for customers, and, in his spare time, he’s restored this car, Chassis #7 of the nine car TS010 run, and quite magnificent it is too! 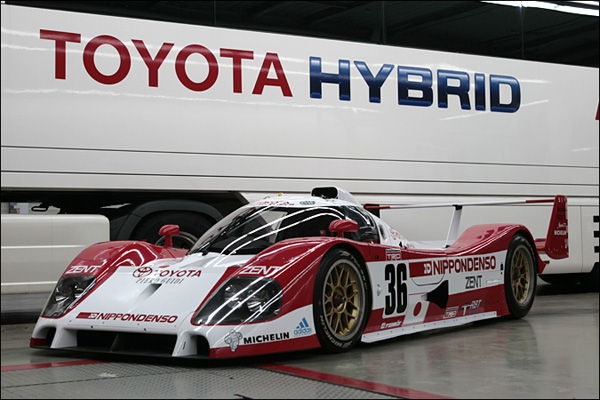 This is the car that finished fourth at the 1993 Le Mans 24 Hours, a sister car finished second, a result that is still a very raw nerve for all at Toyota and one that was repeated, of course, by the later TS020 (the GT-One) in 1999!  It also held the lap record at Le Mans until 1997 in the hands of Eddie Irvine (again a record that was repeated by the TS020) which held it thereafter until 2004! 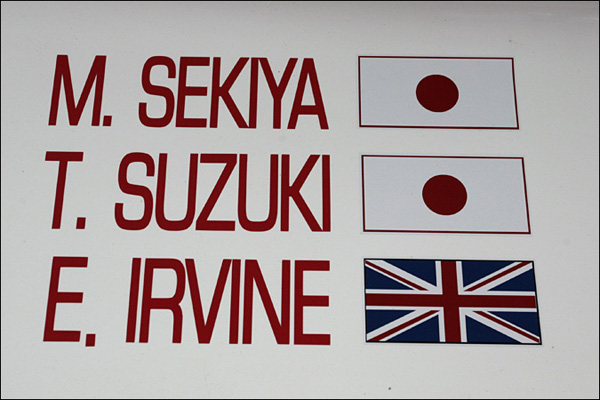 “This car isn’t a TMG product at all, but the engineering in it is a real tribute to what they did, and can still do in Japan.”

The 3.5 litre V10 pumps out around 720 bhp and revs to 12,000 rpm in endurance spec!  Add in a package with a minimum weight of 750 kilos and you have simply spectacular performance on tap.  The attention to detail in weight saving is notable too: 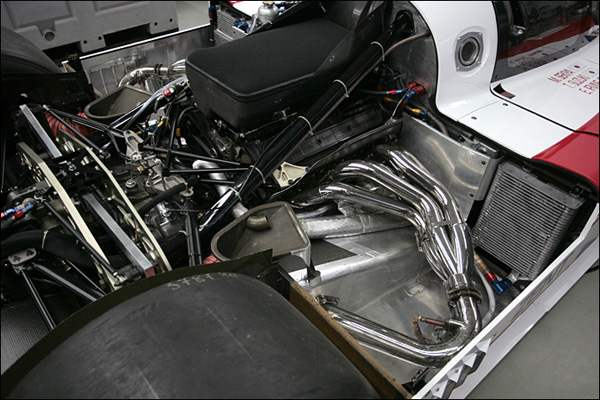 “It wasn’t painted, it was foiled, all in the name of saving a few grams, we’ve re-foiled it now but with a marginally thicker product, how they managed it with the wafer thin stuff they used back in the day is beyond me!”

Whilst there are two TS010 ‘runners’ in Japan none exist in Europe, there is only one other TS010 in Europe, (a non-runner in Holland).  That though will soon change as the restoration of chassis #7 nears completion. 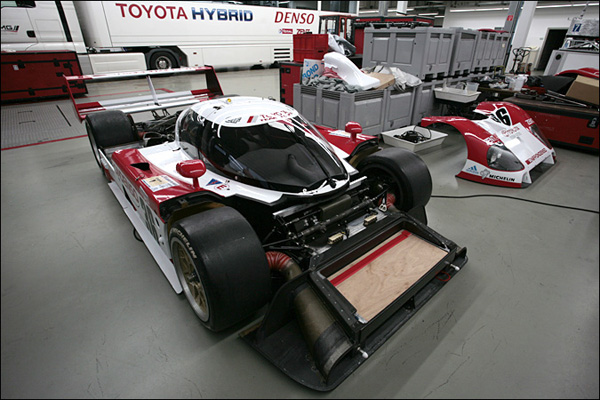 The car has already been started, indeed just two days before we visited, the V10 described by Day as being “absolutely amazing, an unbelievable sound!”  It’s one that has a particular significance for Yoshiaki Kinoshita, now President of TMG and Team President of the TS030 effort, as this was the second competition engine that he ever designed (after a WRC turbo four pot!)  It is also the car which carries the last component designed by the ex Technical Director of the team, Noritoshi Arai, the TS010’s starter motor. 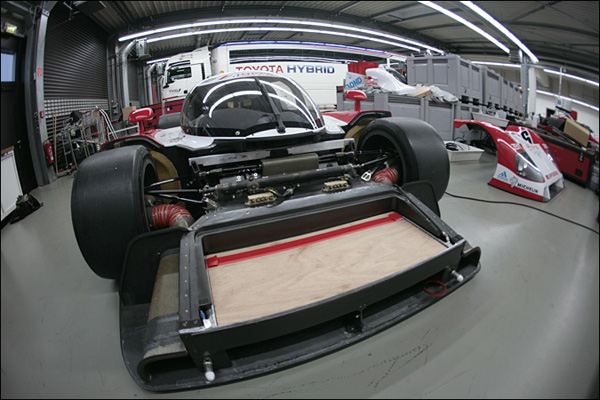 “I had to borrow a computer to start it, one of the components we don’t (yet!) have, but then I called Kinoshita and said, “You might want to come and have a listen to this,” he was down like a shot with a huge grin.”

The rebuild has involved a more extensive amount of engine work that originally expected – “When we started to work our way through the engine it emerged that there were no gaskets in it at all!  I had to build new water pumps from scratch too, they were rotten when we looked at them.” 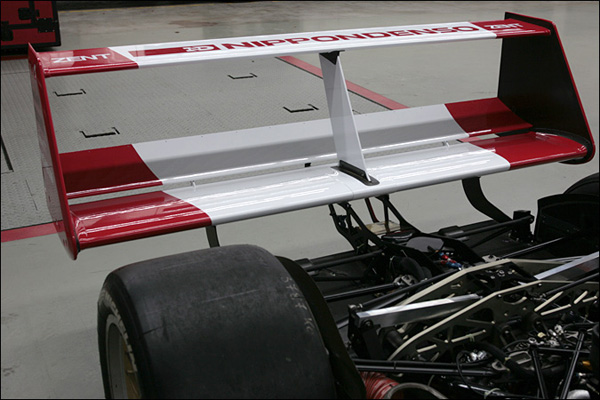 The car is due to have a formal rollout in March if all goes well and after that it is hoped that the car might be invited to appear at the Goodwood Festival of Speed, and there are aspirations too that the TS ‘Holy Trinity’ 010, 020, and 030 might run demonstration laps together somewhere soon too! 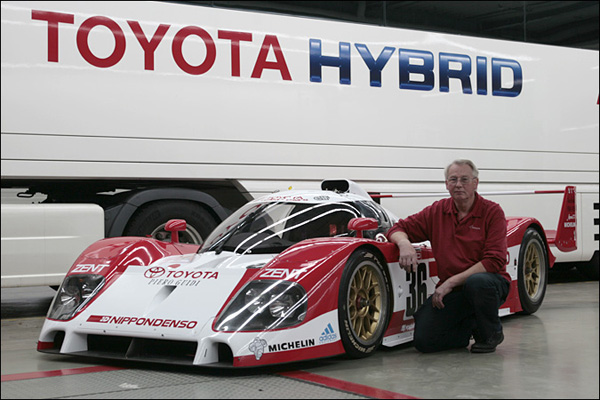 For now though – John Day Take A Bow