The DSC trip to TMG in Cologne gave us the opportunity for a lengthy chat with Chief Designer John Litjens.

Litjens is a busy man at the moment, as the 2013 version of the TS030 takes shape and the effort to design its successor is about to get underway.

He did have time though to reflect on the team’s efforts and successes so far: 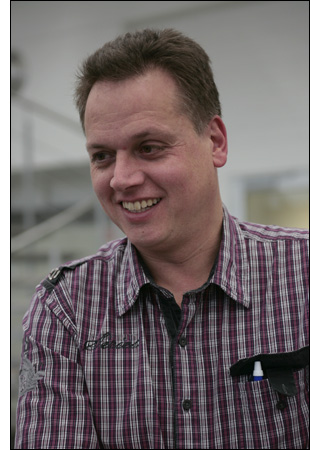 “The first part of the year was pretty tough, we’d set up to have a development year and, of course, things changed pretty quickly when Peugeot pulled put – We very soon found ourselves in a full race programme and things had to change pretty quickly.

“That’s not to say that we didn’t know the car was fast, we had good simulator data and we knew from our F1 experience where we could rely on that data.

“We were though pleased, though possibly not that surprised, to see we had good qualifying pace but to lead the race …well…..”

The smile said it all, the car’s performance at Le Mans confirmed their feeling that TS030 had the pace.

“We knew that the car, so early, would likely not be reliable over 24 Hours but we knew after Le Mans for sure that it was a weapon over 6 hours!”

That’s clearly a source of great satisfaction to Litjens, a man who has spent many years at TMG, starting with a pre-National Military Service stint in 1992/ 93 with the rally effort then returning as part of the TS020 programme in 1997 as Systems Integration and Race Engineer.

“In fact I race engineered the #3 car, we finished second you may remember, I certainly do!!”

Litjens stayed on through the F1 years as a systems engineer and then eventually, by 2004 as Chief Designer/ Chief Engineer. There were lessons there for the LMP project to come:

“The day to day job is effectively a series of problems to be solved, engineers don’t like to talk about compromise, but it is a matter of balancing the potential performance gains against a series of other factors”

That must be a more rewarding process with a freer set of technical regs than in F1?

“It’s certainly a pleasure to have the opportunity to build something so advanced from a clean sheet, but somehow it’s even more of a pleasure to have all of the background simulation work confirmed on track.  I always felt that the car would be good right out of the box but it was a mixture of pleasure and relief when it was!

“Of course some aspects of our package were pretty well developed.  The guys in Japan for instance had been working on the hybrid system for around 4 years before the TS030 came along.

“We knew too that there would be those issues over 24 hours so early in the programme, happily though we were correct in our estimation that the same issues wouldn’t occur over 6 hours!” 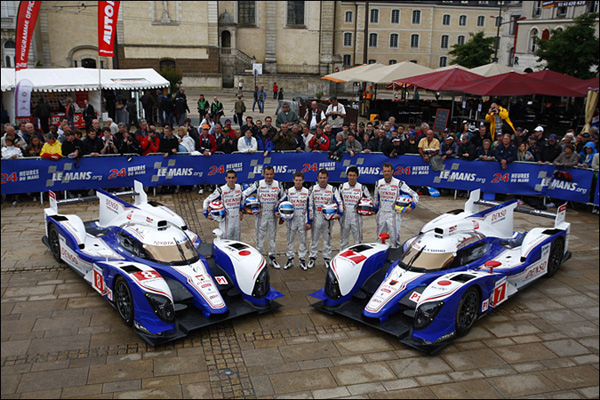 So what can we expect from the revised car for 2013?

“Essentially its an optimised and more serviceable version of the 2012 car.

“Optimised insofar as we will have a chassis that is designed purely for the layout we will use, with the power from the hybrid system delivered to the rear axle, remember we tested both in the early TS030 so the car had to be designed to accommodate a powered front axle. 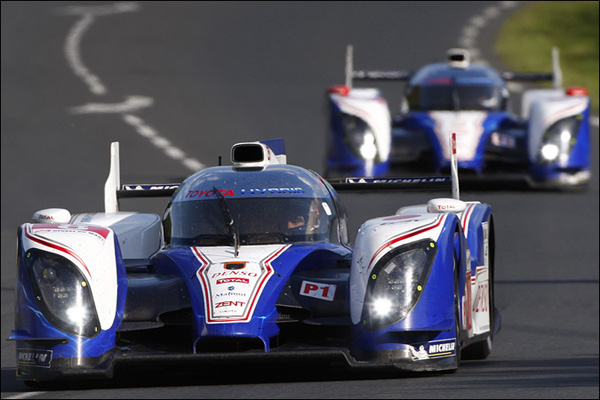 “That also gives us some advantages in the areas of aero efficiency and weight distribution moving forward too.

“One area we have done a fair amount of work on is in serviceability – We saw at Le Mans this year that Audi had substantial accidents in three of their cars and all of them came home, that was always going to be a weaker area for us in the first year, (the length of time taken to change a side panel at Bahrain was a perfect example) we had to make some compromises to make the progress we needed, but we’ve been working on it since then.

There are few contemporary designers that have had the opportunity to work at the highest levels in both F1 and sportscars, where do you think the biggest challenges lie, and, on an emotional level, which do you prefer?

“Perhaps because of the TS020 programme Le Mans has stolen my heart.  And that is far from unique around Toyota, we talked quite seriously about a Le mans programme even during the F1 years.

“On an engineering front the challenge is equal or higher in sportscars now as in F1 but the ambience at the races is just so much better in endurance!”

So as things stand what is the mission?

“Yes, the emotional connection to the race from Toyota is immense, the interest in Japan is huge too and never underestimate how much those two second places (in 1993 and 1999) hurt, never forget too that very many of the senior people at Toyota and TMG were very directly involved in one, other or both of those races!

“Of course we want to win other races and absolutely we want the World Championship, but Le Mans is the big prize we are shooting for.”

Rob Leupen told us earlier in the year that the team were bidding for a budget for two cars for the WEC and three at Le Mans – Is that still the plan?

“It will be two in WEC and two at Le Mans as well, with a formal announcement of the whole package, we expect, in February 2013.”

And do you think you’re going to win?

“They have massive experience and massive ability so I have no doubt they won’t be standing still – We’ve already seen a few pictures on Mulsanne’s Corner that seem to indicate that they’ve been working on their aero, and who knows they may have decided to change from the front axle hybrid delivery though in that area we do have an advantage, there was no marketing pressure on us to go in that direction – In engineering terms I was very surprised, and a little pleased! That they did!” 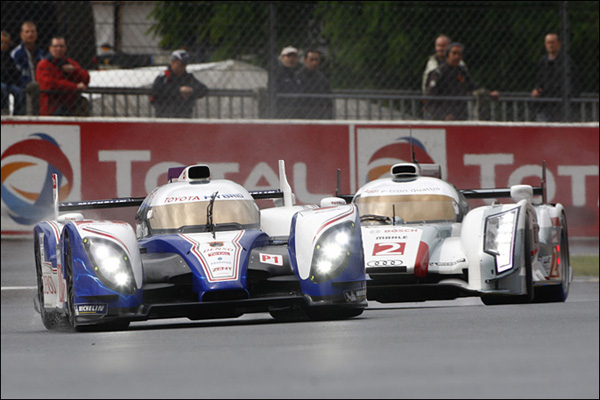 That’s a reference to the heritage within Audi of the Quattro brand, a clear marketing plus behind an (effectively) part time four wheel drive LMP.

You were surprised presumably because you’d worked the numbers and seen where the best solution lay?

“Precisely, there was no doubt in our mind, actually pretty early on that rear delivery had the edge.”

Then beyond that we turn towards 2014 – Is design underway already on the new car?

We have a plan that work will start in earnest in the next 4-5 weeks, and that will come from basically a clean sheet, the templates we know of already will see to that!  There will certainly be changes in detail as the various parties negotiate, Porsche for sure will want a say, but it’s an exciting time here, but a very busy one too, we’ll be designing the new car from within our current design resource, of course a budget-driven decision, and correctly so.”

So three new chassis in three years will be coming from the pen, or rather the screen of Litjens and his team, after the early successes of 2012 the expectation levels are very high indeed – the prizes could be considerable, not only in terms of silverware, but in terms of renewed focus from the parent company, there are fewer more hungry than Toyota for real international success, a Le Mans win would do nicely!