The Kodewa organisation has released a first photograph of their new LMP2 Lotus T128’s monocoque. The driver cell of the T128 has also been developed in accordance with the 2014 LMP1 regulations. 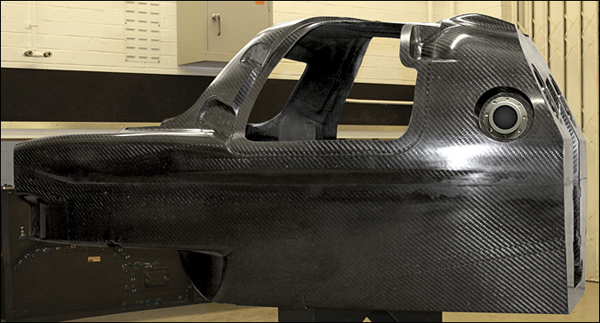 Kodewa note that improved safety, visibility and driver comfort have been paramount in the development of the chassis and the monocoque seen here follows on from “an extensive mock-up programme..….in order to verify ergonomics and driver accessibility.

Lotus LMP2 have had a pair of entries accepted for their Judd engined coupes for the 2013 FIA WEC and for the Le Mans 24 Hours.