Successful Caterham racing team Fauldsport are mounting a campaign in the 2013 MSA British Endurance Championship, entering a Ginetta G55 in most rounds for former Caterham champion Flick Haigh. The team, run by Stuart Faulds, will dovetail their BEC commitment with a parallel campaign in the Caterham Superlight championship and are no strangers to Britcar or the BEC, as Stuart explains; “Flick won her class in her debut in the BEC at the Donington night race last year, and has now developed a taste for endurance racing. 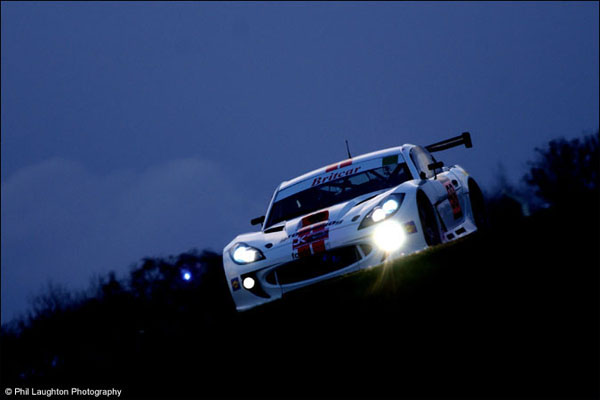 “She’s since finished the Dubai 24hrs (in Lee Mowle’s Optimum Ginetta), and is looking forward to putting some more miles on the G55.It’s likely that Ryan Ratcliffe with join her for some rounds, but other drivers are to be confirmed”

Vastly experienced driver coach Simon Mason is on hand as a consultant, and it was with Simon that Fauldsport first moved into endurance racing, assisting the running of the little Piranha Ginetta G40 in the 2011 and 2012 Britcar Silverstone 24hrs races. He is keen to extol the virtues of the team; “This is an exciting time for the team, who are very enthusiastic about the move into endurance racing. I’ve worked with Stuart in Caterham racing for many years; his attitude and understanding of car prep and racing is perfect for endurance racing. Given the right car and drivers they will be unstoppable, just like TJH motorsport was a few years ago.”

With a history of winning several Caterham championships since the team was started in 2000, plus campaigns in the BMW Production Cup and Ginetta GT Supercup – and that valuable 24hrs input – Fauldsport will be a team to watch in 2013, particularly as they are entering the Britcar Production Cup too. More news on that coming soon.