Jota Sport have signalled their intent to contend for class victory in this year’s Le Mans 24 Hours  by confirming that Lucas Luhr will complete their line-up in June.

Luhr a two-time GT class winner at the Le Mans 24 Hours having triumphed for Porsche in 2002 and ‘03, and enjoyed a three-year spell competing for overall wins at La Sarthe as part of the factory Audi LMP1 squad. 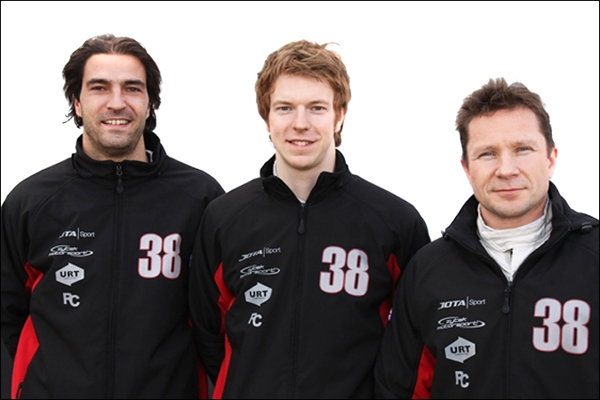 “I am very pleased to be joining Jota Sport for this year’s Le Mans 24 Hours. They have a proven record in LMP2 and are a very professional team, so I am really looking forward to working alongside Simon and Oliver. My initial impression from testing is that we have an excellent package.

“We will all be pushing very hard to achieve a strong result for the team at Le Mans. I have already won the GT class there and would definitely like to add an LMP2 victory as well. The category is extremely competitive so it won’t be easy, but we will give it our all.”

“Lucas completes what is undoubtedly our strongest Le Mans 24 Hours line-up to date. The partnership he will form with Oliver and Simon should be formidable and, though the LMP2 field will be extremely competitive, we are definitely targeting victory. Lucas’ GT class wins at La Sarthe, coupled with his vast experience of prototype competition, made him the ideal man for the job. We are thrilled to have him on-board.”