“The standard is clear; Porsche with Michelin wins championships. That’s what we have to strive for now. We will be expected to set the pace, and compete at the front of the field.” 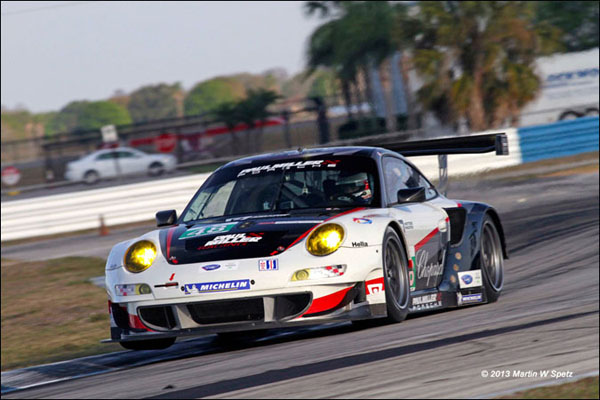 That’s how Bryce Miller sees his team, and this season, as Paul Miller Racing tries to fill the role for Porsche and Michelin that the Flying Lizards did so successfully for so many years. Additional factory support and the coveted Michelin-supplied tires puts the crosshairs squarely on this family-run team to perform – and win. PMR did compete in the ALMS GT class the past two seasons, albeit under different circumstances. As the ‘new’ team in the class, PMR did not warrant the special attention from Porsche or the media. Thus their efforts, at times, went largely unnoticed. Unable to acquire the Michelin rubber, the team went from Yokohama to Dunlop in successive years. 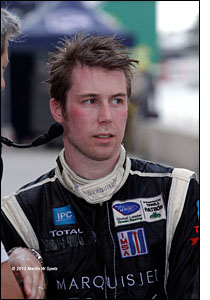 “There were definitely some times of growing pains for our team. But I think during the second half of last season we began to hit our stride. We recognize and appreciate all the work our development tire supplier put into our program. We had a great relationship with both Yokohama and Dunlop, but the weight displacement of the Porsche is unique and creates unusual demands on the tires. When you are the only team running a certain tire, the development comes very slowly. Michelin has so much experience with the 911, it was clear from the moment we put the tires on the car that this was the tire for us. If we are to ever win a race, we will need these tires.”

Unfortunately, going faster is not as simple as mounting a new set of tires. Everything has to be adjusted to fit the new rubber. All the data, information and setup details acquired previously will be tossed. Even the driver must retool to match the new tires.

“I think my driving attitude the last two seasons has been more about being conservative. Not that we haven’t been trying, or driving as hard as possible. But there is nothing to be gained by taking questionable risks while fighting over seventh or eighth position. We expect now to have the opportunity to fight for meaningful positions.”

So we can expect to see a leaner, meaner Bryce Miller this season? Along with a new mental approach to driving the car, Miller plans to intensify his fitness program as well.

“I need to maximize every bit of this opportunity. I think because of where we started, and what we worked through the last few seasons, we can truly appreciate this chance.” 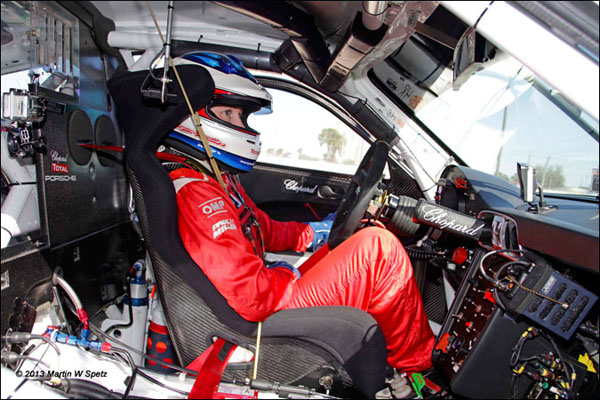 “The new tires, with the new level of grip, require a change in driving style. I used a traditional style of driving for most of my career, but I had developed bad habits trying to compensate for the lack of front grip. But the front grip afforded by the Michelins is forcing me back to a traditional style. I’m having to shed the bad habits and refocus on the basics; slow down my inputs – less is more with these tires. I had definitely become overly active trying to manipulate the car to do things it didn’t want to do.”

When the Flying Lizards broke the news that they were renouncing their throne as the de-facto Porsche factory team in the ALMS GT class, the shock waves were felt throughout the GT ranks. Many thought that Porsche, with an all new 911 road car debuting and the LMP1 program going full steam ahead, would step back from the GT scene for the time being. That theory was reinforced when Porsche announced the all new 991 based GT RSR would be exclusive to the WEC and the 24 hours of Le Mans run by a full factory team. This strategy effectively placed the GT battle in North America as a secondary priority for Porsche. 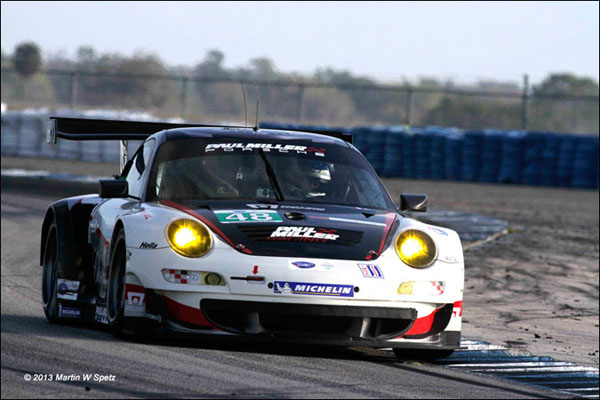 “We were pretty concerned when we heard the Lizards were stepping down. But we have been pleasantly surprised; Porsche has really stepped up for us. For sure we are getting more help from Porsche now. The assignment of Marco Holzer with us for the whole season, and Richard Lietz for the long ones, I think makes the statement that Porsche is here to race and they are going to help us do that. They have also been lobbying hard for the new homologation and larger restrictors.”

PMR can no longer circulate at the back of the field unnoticed, only burdened by the expectations they put on themselves. They now have to be a factor. They have to perform; Porsche needs and expects them to. Porsche has placed Holzer there to fight at the sharp end of the class, not to bring it home safely a few laps adrift from the leaders. The expectations and commitment must be raised throughout the team, including the drivers. 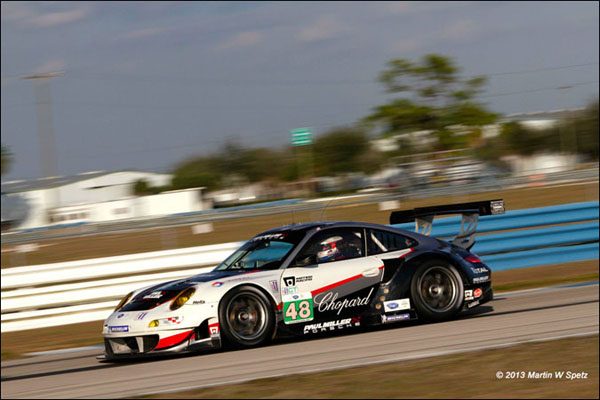 “The pressure is up for sure. We have to adjust – find our rhythm. Every part of our operation has to take the next step. For me, driving with both Richard and Marco certainly helps. There is a familiarity there and our chemistry is good. I think it’s important we get their input on where we need to improve. They both have a lot of experience with other factory, and winning teams. They come with high standards and expectations and that will push us to get better. I think that is a good pressure to feel – to be expected to win.” 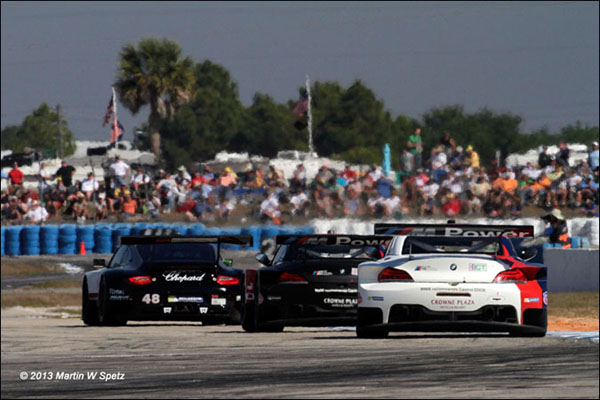 There is still some genuine concern that last year’s car, even with the tiny restrictor break they received, will not be enough to effectively compete this season. With brand new factory-supported cars from BMW and Dodge, continuing factory effort from Chevrolet, and seasoned privateers like the Risi Ferrari, the task of being competitive is daunting. 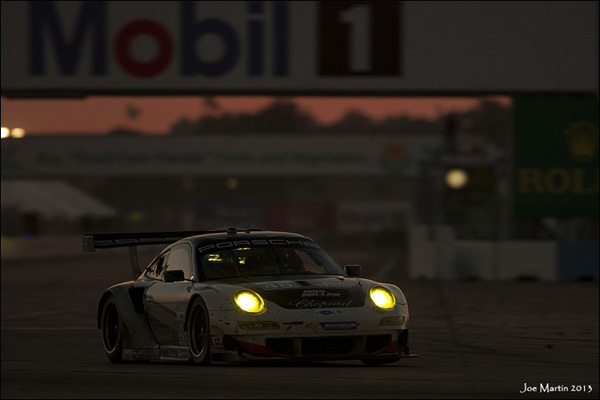 Could this year’s effort from PMR be a dress rehearsal for 2014 and the probable debut of the all new 991-based Porsche 911 GT RSR in North America? All eyes are on Paul Miller Racing now; it’s their turn to impress.