With Sean Edwards becoming the first English and second British (after Guernseyman Andy Priaulx) driver to win the Nurburgring 24 Hours – as well as being a part of the first Mercedes victory, it was only right to speak to him at length after the race about his historic achievement. 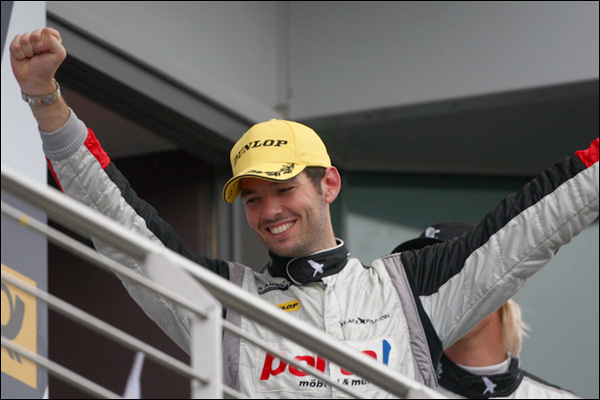 So how would you summarise the race for you and the team?

“It was a very good performance from the car, the team and the drivers. We ran pretty much a flawless race and the mechanics did a great job with every pit stop.

“Before the red flag came out we thought we were getting unlucky with everything, but in the end when it was all set to zero we did an outstanding job.

“Our tyre on our car was extremely competitive in the wet and it was so fast for my stint. I know not all of us are here at the end, which is a shame – but Jeroen (Bleekemolen) is witnessing the birth of his kids. I wish he could be here with us, we send all out best wishes to both of them for a speedy birth and recovery.”

How does it feel to have been part of the first overall win at this race for Mercedes Benz?

“I didn’t know that, someone just told me that. It’s very important, obviously the car was perfect from start to end. My team mates did a great job – I really wish Jeroen could have witnessed the car crossing the line, but his kids are being born, so he has a good excuse. It was an amazing performance from everyone though, I cannot believe I just won the Nurburg 24 Hours.”

Obviously you went “Iron man” with Bernd Schneider in the second half of the race, how tough was it?

“It was tough, but the red flag helped because we managed to get some shut eye. We all actually slept in the same hotel room in the Dorint and got six hours sleep, so we felt quite fresh starting the race again.

“We just banged it out between us, the conditions were tricky but the car was superb and was really easy to handle.” 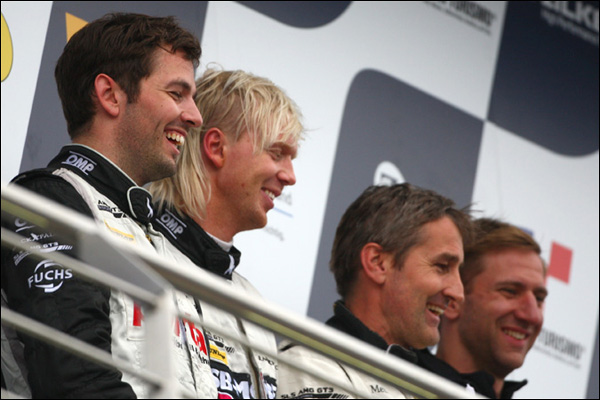 Just how crucial was the performance of the Dunlop tyres to your victory at this race?

“We were a little worried after VLN1 coming into this race. In VLN1 we were lost with the Dunlop tyre – the car was just impossible to drive.

“We worked really well with Dunlop the whole time; they gave us a great tyre in the end which worked well with the car. Thanks to all of them and hats off. They went back and produced a new compound which was simply stunning. They also gave us a lot of tips with how the set up and how to the most of the rubber with the SLS.”

“Even in qualifying we were seeing that it was working, and obviously the Rowe cars were using Dunlops too and we outperformed them. It’s just been a great partnership for Black Falcon after switching from Yokohama last year, to Dunlop.”

So where does this victory rank in terms of your career overall?

“It guess it is the best win of my career, especially with it being the first for Mercedes – I still can’t believe it. I guess it’s just above my Monaco win (in Porsche Supercup) last year, obviously it’s a different type of event but it’s going at the top of my list for sure.”

So talk to me about how you came to this point with the team, being able to share such an achievement with them?

“They (Black Falcon) have done an amazing job. I started with them two and a bit years ago now in Dubai and I knew a bit about them for being famous from this race, but they have evolved, even since then, the team managers and owners, Sean Paul Breslin and Marc Schramm have done a really fantastic job.

“From a car preparation standard, everything was working so well with the team. Rene Rast got us sponsorship from Porta and Deutsche Post from my side came together to help us pay for an all-pro line up – in the end it definitely paid off.”