I caught up with Allan McNish on the phone a couple of days after the Le Mans Test Day with the wee Scot taking in some R&R with the family in sunny Monaco before the madness of Le Mans week begins.

So tell me Allan, just between you, me and the Internet, was Loic’s time part of the programme or was it designed to send Toyota away scratching their heads?

“It was absolutely part of the work programme. Loic got a good clear lap at the time when the track was drying out nicely. I knew from my sector times that a time was on but my own lap was spoiled by another car spinning ahead of me at Indianapolis.

“In truth his time was a little bit better than the simulation data we had but I think that’s because the grip levels in several places are much higher than last year. For instance last year we had all sorts of trouble in the chicanes, they were slippery beyond belief, I think now though, with a further year they have cured well and the grip levels in theWEC in particular are just so much better. 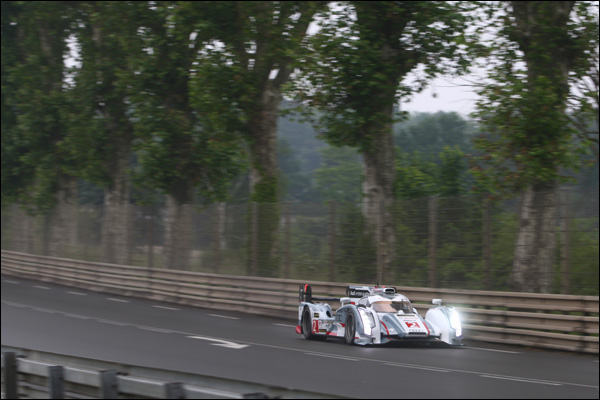 “The same is true on the racing line out of Arnage too and the Porsche Curves look a lot tidier this year too, last year, and for a coupe, of years, there’s been some moss at the edge of the track in the final right handed and whilst that sounds ridiculous it really does make the difference between finding usable grip or not.

“So it was definitely zero to do with psychology, but there was a little something there I guess that Loic was saying thanks to the guys after the damage to the car in his earlier shunt was fixed so quickly and so well. There’s few better ways of getting the guys back in your corner than pulling a lap like that out and giving them something to cheer about.”

Aside from that how did the Test Day go for the team?

“We had a plan, and it was a good plan, but it all went out of the window with the rain in the morning.

“Once we got out in the afternoon (after the #2 car was repaired following Loic Duval’s morning accident) we pushed on with the programme, Tom went out on slicks later in the session and then I did just two quick laps with 40 minutes to go before handing the car back to Loic, he needed the time. 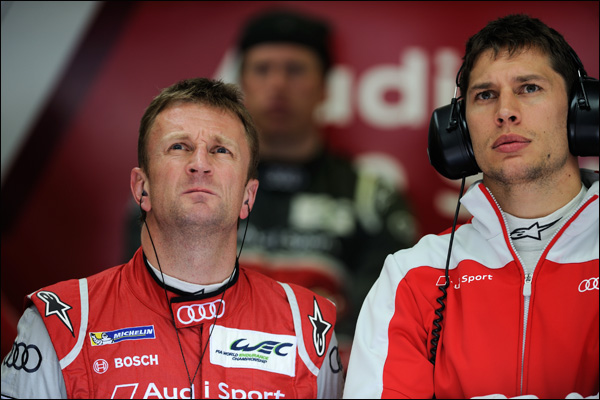 “What was clear from even our earliest running is than the balance of the car was really good, it felt particularly good in the Porsche a curves where you felt you could really attack. We lost some valuable track time but it wasn’t a disaster.”

So what’s your perspective on the difference we’ve seen, not just here but to this point in the season, between the Audis and Toyotas?

“Yes the engine guys have done a very good job in clawing back the deficit we had to the Toyota last year and there have been aero improvements too but we are still learning about how this car works as a package and that’s only natural with something this new. 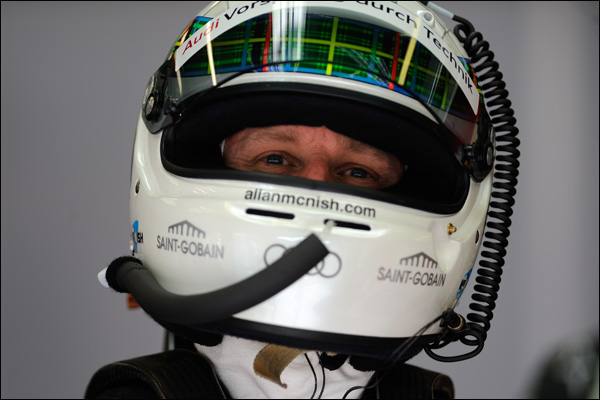 “As far as the comparisons with Toyota so far this year are concerned, let’s not forget that at Silverstone they ran their old cars – Let’s race it if we’d struggled against them with our 2013 package we’d have looked pretty silly and we’d have been in trouble.

“Don’t forget either that Silverstone was good for our car last year too, it suits the package we have more than several other places we’ll race. Toyota made some poor tyre decisions too so, all in all, it wasn’t as strong an indicator to form as it perhaps appeared.

“Then at Spa when Toyota ran a ’13 car alongside an old car and we had one of the long tail 13 cars too, they were running ahead of the Le Mans car before they had their hybrid system issue – Do we have the upper hand? Yes we do, but I am pretty sure there isn’t a huge step between us.” 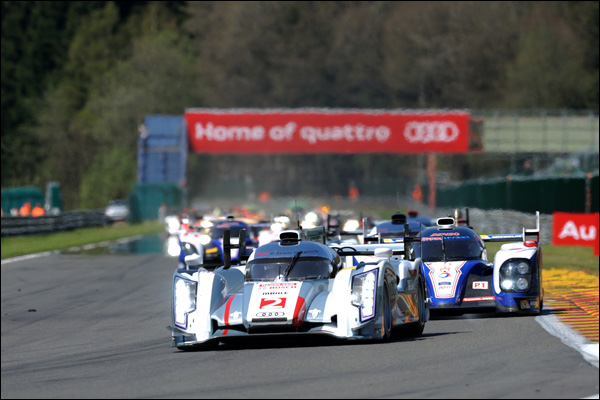 You’ve won at Le Mans twice but have had some major disappointments too – Do you have a bit of a love-hate relationship with the race?

“Well at least I’ve had a bit of love there! If you win it’s fantastic, beautiful but if it goes wrong……..

“The one that sticks in my mind is 2010 when we had a problem early on and lost laps – That’s when it punishes you because it is such a long race to try to chase down cars that you know are likely to be reliable, that was a very tough one.”

Almost every driver I ask says they would take a Le Mans win over the World Championship – As someone who has already won it, what would you say?

“If I was being greedy I would say that I would take both and obviously that’s what we are pushing for but the fact is that a Le Mans win effectively does that anyway – In a Championship that is so close with the other team car the double points difference between winning Le Mans and coming second is effectively massive.

“Toyota already have a long way to come back but if they do well at Le Mans they are right back in it – Equally if any of us fail to finish at Le Mans we’re out of contention immediately. It matters then if you win it, if you don’t but in particular if you don’t finish at all!”