A quick burst of torrential rain came down just before the start of the second qualifying session at La Sarthe – it however passed quickly with the sun once again emerging, so the session would go green on time. The wet surface would nevertheless mean the times from the first session would be in almost all cases unrivaled during the first half of the session. 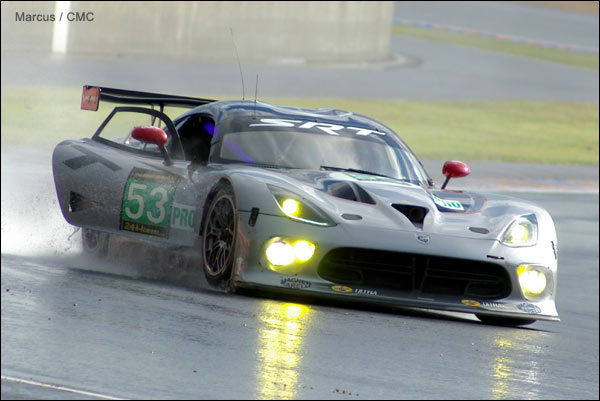 Thankfully there was good news from the Krohn Racing garage after yesterday’s accident. The team rented a new Ferrari 458 for the remainder of the weekend with the old chassis being deemed un-repairable on site. The new chassis would be dressed in spare – Krohn green, excluding the black roof – body panels, giving the team a chance to compete in the session. 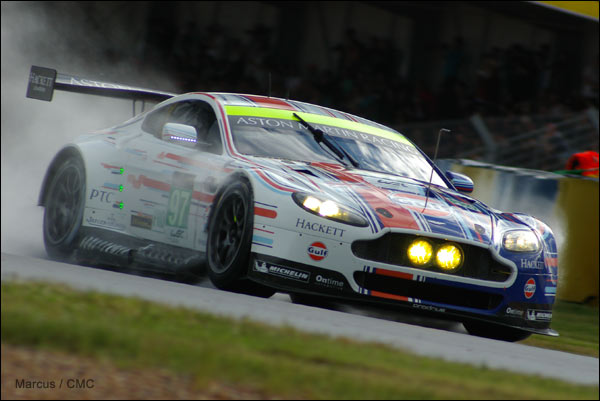 Another good piece of news was that the #41 Greaves Zytek would also be fit enough to emerge from the garage in this session after Eric Lux’s hard impact going down the Mulsanne Straight during the first qualifying session. 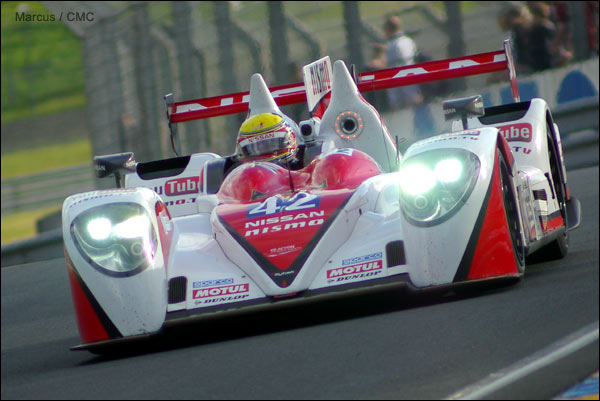 It was not all good news down the paddock though, as the Thiriet By TDS Oreca would not be competing during the two Saturday qualifying sessions due to the length of time the replacement tub (from Sébastien Loeb Racing) would take to prepare. 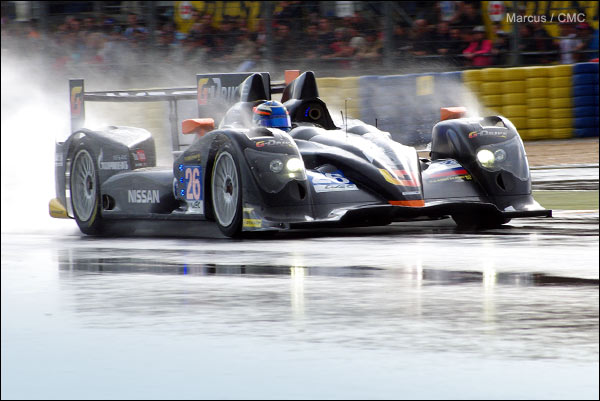 Over 10 cars – including all three Audis and the #8 Toyota – would brave the conditions when the session started. It was rooster-tail galore as they navigated the standing water at various parts of the circuit. All of the cars would come straight in from their out lap except the #32 Lotus LMP2 and #74 Corvette. 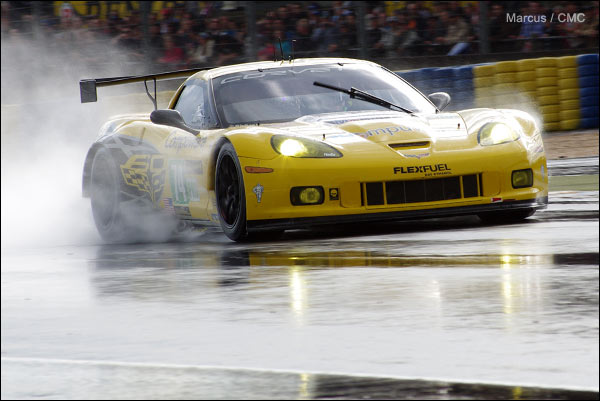 Richard Westbrook may have regretted staying out in the Corvette though, as he spun the car round at the Forza chicane on his first flying lap. This was his first time driving the car in the wet.

The #32 Lotus was able to set its first time of the three qualifying sessions during the first 30 minutes, with Thomas Holzer setting a 4:19.390 – over 20 seconds slower than the nearest LMP2 time. 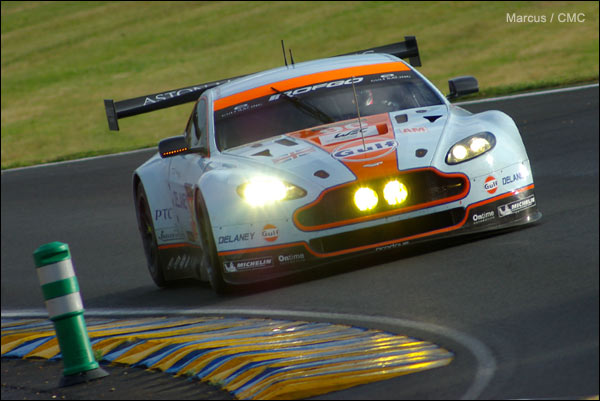 Another car to set its first qualifying time of the weekend was the #41 Greaves Zytek of Tom Kimber-Smith, who by the end of the session would set a 3:56.487 for the British squad. This would leave the team 18th in LMP2.

Anthony Davidson in the #8 Toyota set a 4:13.336 50 minutes in, demonstrating how awful the conditions were, because that time would place him 53rd on the grid. Alex Wurz in the #7 though, would immediately better the Englishman in the sister car, and set a 4.01.683. 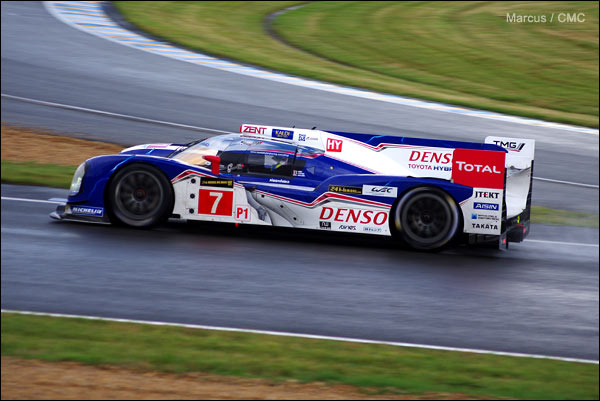 The conditions were fast improving with the few brave drivers cleaning the racing line, resulting in many of the times plummeting, as cut slicks became the compound of choice. They were clearly nowhere near the night before; the GTE times, for instance, being around 25 seconds slower as the halfway point of the session was passed. 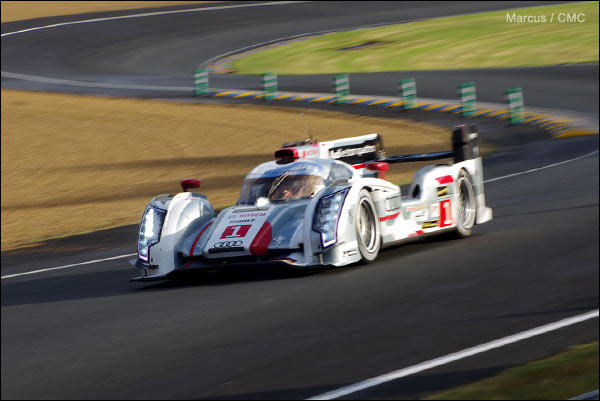 With one hour to go in the session, Davidson produced far more rapid times, with a 3:42.507 being particularly impressive, only a handful of seconds slower than the #8’s best time. 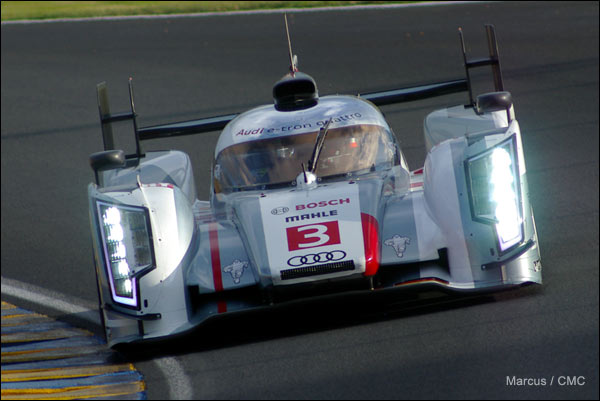 The #2 Audi decided to opt for Michelin’s treadless wet tyres with 55 minutes to go, evidence that the track was indeed becoming almost dry in every sector. Rain however would start to fall once again at Indianapolis and the Porsche Curves, immediately after this decision by the Audi squad.

Tony Burgess would respond to the track being slightly greasy once more, and spin at the Dunlop chicane in the HVM Status Lola, no contact though. 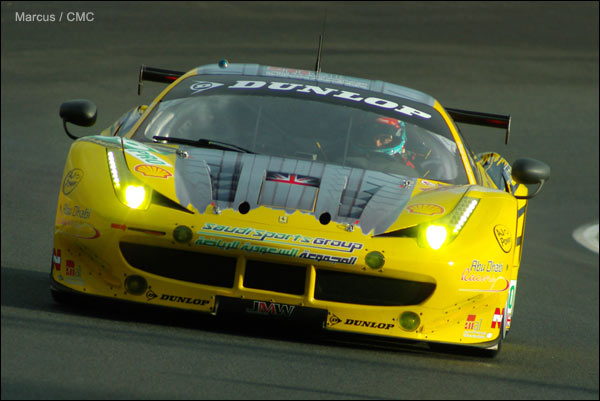 Late in the session, the #66 JMW Ferrari made its first – and very brief – exploratory appearance. The car completed a single lap of the track before returning to the garage, but at least progress had been made since the excursion on Wednesday.

Not long after, the red flag would unfortunately be brought out yet again this weekend due to the #40 Boutsen Ginion Oreca having an accident. The car hit the inside barrier hard on the run up to Indianapolis, significantly damaging the front of the car. Matt Downs who driving the car would emerge unscathed though. 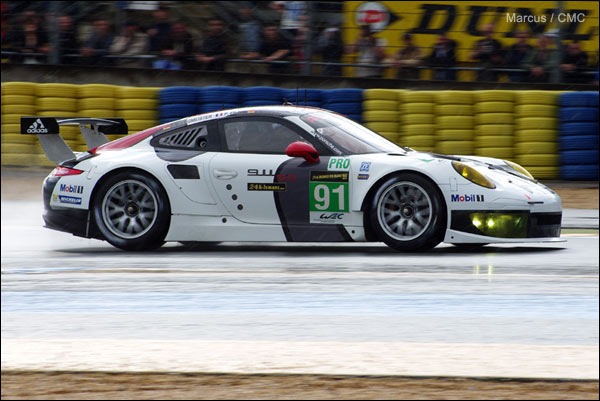 The session would not restart due to lengthy barrier repairs being necessary, meaning that there was yet to be a completed session for the 90th anniversary Le Mans 24 Hours.