Hour 10 and with the Krohn Ferrari recovered the race was back under green at around 10 minutes after the hour.

We still have three cars on the lead lap with Tom Kristensen leading Stephane Sarrazin and Kazuki Nakajima with Lucas di Grassi a lap adrift.

Third is now Oliver Turvey in the Jota Zytek Nissan, taking the position as Jann Mardenborough handed over the #42 Greaves Zytek Nissan to Lucas Ordonez. 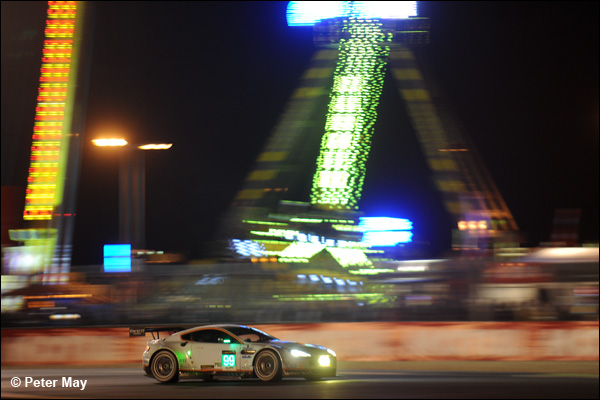 GTE Pro sees Rob Bell; lead the way in the #99 Aston Martin – the gap though to the second placed Aston (#97) of Darren Turner has grown with the Safety car to around 90 seconds. Conversely the same Safety car has allowed Marc Lieb to close right up with the Aston Martin with his #92 Porsche.

The #93 Viper gets a 30 second stop go after ignoring the pit exit light.

It wasn’t long before Gianluca Roda took the Am lead in the #88, with laptimes several seconds quicker than Patrick Dempsey. The Del Piero car still had a 50-second lead over the Vernay Porsche, but then Roda dropped the lead Porsche into the Dunlop gravel and Dempsey had the lead back.

The #34 Race Performance Oreca of Patrick Niederhauser also found the gravel at Mulsanne and had to be dragged out, while having better fortune was the #48 Murphy Prototypes Oreca Nissan; Brendon Hartley flying in his pursuit of the #30 Status HVM. 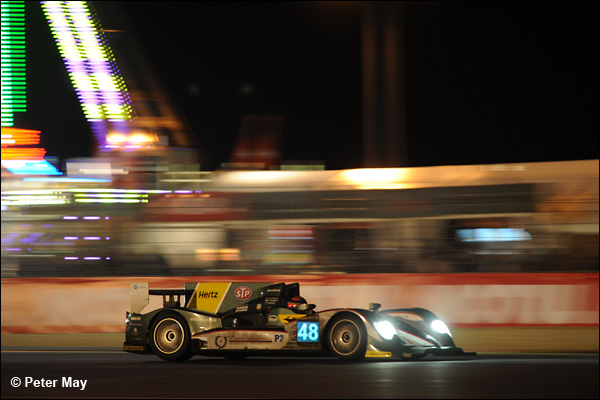 With 15 minutes of the hour remaining, oil was reported in the Porsche Curves – not a good place to drop it!

The #13 Rebellion came in for a stop/go penalty for speeding in the pitlane, by the looks of things for 30 seconds.

In GT Pro, Darren Turner had a moment as he went through the gravel at Mulsanne Corner but continued as he continued his efforts to close on the leader. Marc Lieb saw his chance and took the #92 Porsche up into second at the expense of the #97 Aston Martin; but the two were separated by just a second after ten hours.

And we ended the hour with a new leader in Am as Dempsey pitted the #77 for fuel only and promoted Lorenzo Case to the class lead in #55.