Four hours completed, and the race moved into its fifth hour with a grim cloud still hanging heavily over the Media Centre, where it seems likely to hover unremittingly for the rest of the weekend.

The hour began with a Toyota back in the top three, but largely by dint of not having yet completed as many pitstops as the Audis. Sébastien Buemi was maintaining a tenuous grasp on third aboard the #8. 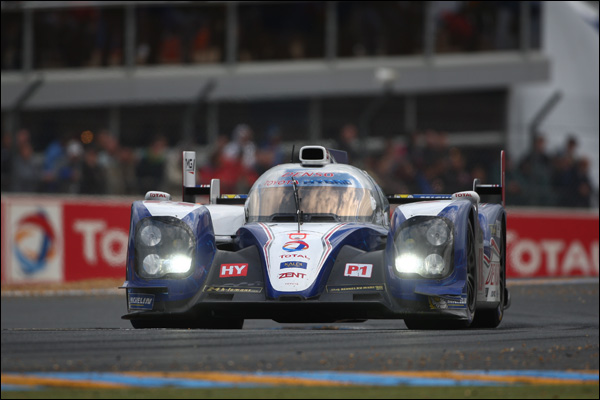 In GT-Pro a thrilling duel was in progress between Fred Makowiecki in second and Stefan Mücke in the split-personality #97 Aston Martin Vantage. Their exchange was made more complicated by the presence between them of the eighth-placed #71 AF Corse F458. The two stuck a lap on the Ferrari, and then resumed their deliberations over the lead. The swap duly took place later on the same lap, while elsewhere the #53 Viper was taking to the gravel at the Ford Chicane. 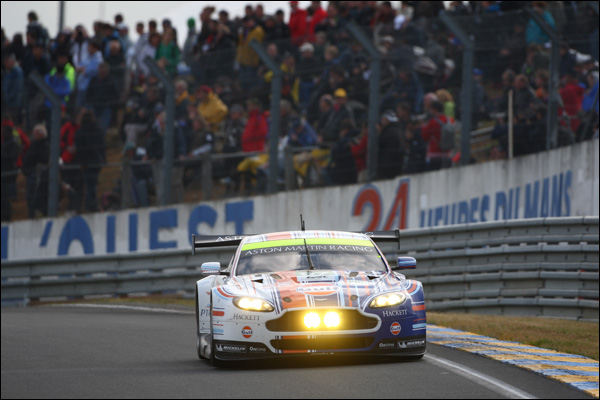 Out at the pointy end, Oliver Jarvis passed Buemi for third place to re-establish the one-two-three for Audi, making up for the unintentional baulk he’d endured from the #39 Lola through the Porsche Curves on the previous lap, and despite having already completed one additional pitstop. The pitstop-lag inherent in the Toyota’s ability to run longer between fuel stops was being steadily worked out of the equation by the better pace of the Audis, at that time being emphasised by the drying track.

The challenge facing Murphy Prototypes continued, with an off into the gravel for Mark Patterson mid-way through the hour, and a simultaneous spin for the #54 white AF Corse Ferrari in the Porsche Curves. 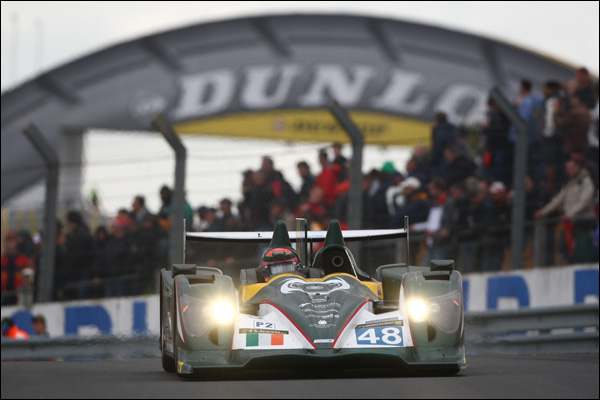 Great on-track entertainment was still being supplied aplenty, not only within the large and tightly matched LMP2 category, but also at the top end of GTE-Pro, where Patrick Pilet was battling with Bill Auberlen for second. The Porsche works driver, having harried and nibbled away at the back of the Aston for several well-matched corners, finally got the better of the American into the first Mulsanne chicane.

Also moving towards a climax was the contest for the ‘privateer’ crown in LMP1. The Strakka Racing HPD had been making up ground strongly after having been so heavily demoted at the start – penalised from 8th in qualifying to 36th on the grid – and was starting to make inroads on the advantage established by the two Rebellion Lolas, thanks to the first-stint efforts of Danny Watts. Problems for the #12 Rebellion Lola, with the nose reluctant to re-seat after a pitstop, must have helped. Having been running as high as 6th overall, the red, black and gold Lola dropped to 8th on rejoining. 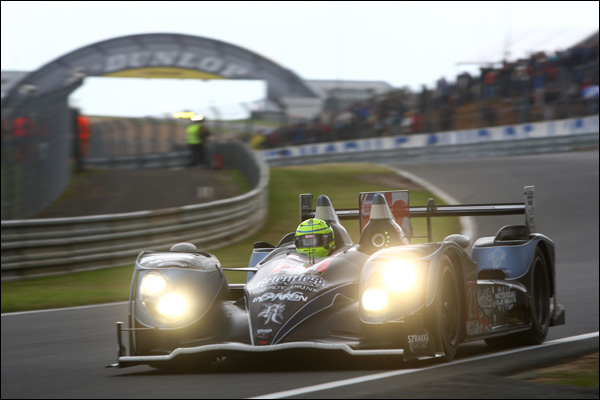 Extracted from the gravel, the #53 STR Viper made its way back to the pitlane and was taken into the garage for a thorough check-up.

At ten-to-eight Jonny Kane, having taken over from Danny Watts in the Strakka HPD, made the move on the #13 Rebellion Lola, passing Congfu ‘Frankie’ Cheng for 7th overall, into the second Mulsanne Chicane.

The fifth hour was very nearly rounded off in spectacular style by the #33 Level 5 HPD, which came in for a regular fuel stop, only to have the excess fuel ignite across the back of the car. Initially the flaming exhausts had looked worse than they really were; the candle-like flickering reflected in the glossy bodywork, but then part of that same bodywork took alight. Quick work was needed from one of the attendant fire marshals to douse the flames just enough for Marino Franchitti to take the car back out again without replacing one risk – the fire – with another – extinguisher residue. Once under way the flames died away and the #33 headed off to begin Hour 6.

We apologise for the late posting of this hourly update, but the Internet connection in the Media Centre at Le Mans was diabolical. After five frustrating hours we finally secured a connection.