The Strakka Racing Honda Performance Development ARX-03c effort in the 2013 FIA WEC is over. 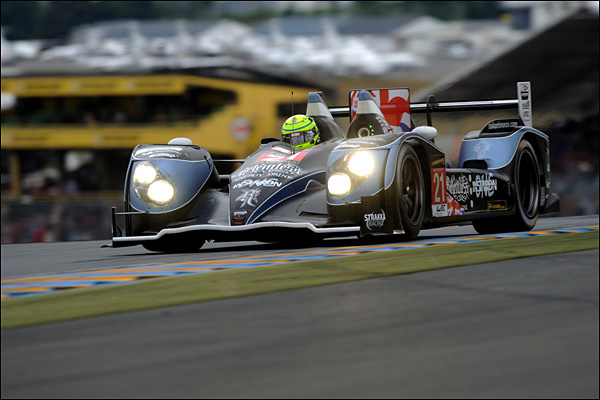 The car will run at this weekend’s Goodwood Festival of Speed in the hands of Jonny Kane but thereafter will be parked.

A team statement this evening confirms the withdrawal “i order to finalise its long-term sportscar racing plans.”

That’s believed to be a reference to an LMP programme from 2014 onwards but there is no confirmation at present of that, or of whether the plans are for LMP1 and/ or LMP2 or indeed of any planned personnel or mechanical package.

The statement makes clear though that “new regulations for 2014 mean that Strakka Racing’s open cockpit HPD ARX-03c will not be eligible to compete in the WEC next year, obliging the team to replace its current race car and make a significant new investment in order to continue in endurance racing.”

“Strakka Racing aims to continue to race in the LM prototype category, having enjoyed great success in this category over the last five years.

“In addition to planning its exciting new 2014 sportscar campaign, Strakka Racing will remain highly active running its P1 by Strakka Racing team in the World Series by Renault series, with a pair of Formula Renault 3.5 single-seaters driven by Will Stevens (Britain) and Matias Laine (Finland).”

The team also make it clear that their Le Mans class winning run last month left a sizeable dent in their parts inventory, a factor that might well be at the core of the decision to consolidate resources ahead of 2014.

“After suffering a 128.6mph (207kph) impact with a crash barrier during Qualifying (Jonny Kane at the entry to the second chicane). The accident destroyed the team’s only spare front end and engine cover, together with one of only two spare rear end assemblies. The financial repercussions of replacing these, and the many other broken mechanical components, would have prevented Strakka Racing from operating at the very highest level for the remainder of 2013 WEC. “

Dan Walmsley, Strakka Racing Team Manager: “We are currently considering a number of very exciting opportunities that will commit Strakka Racing to top level sportscar racing well into the future, so it’s imperative we focus all our efforts on this important decision-making process. It was a very difficult decision not to contest the remaining rounds of this year’s FIA World Endurance Championship, but a decision that was taken in the best interests of the team’s long-term sportscar racing future. We hope to be able to announce our exciting new plans very soon.”