There are interesting times afoot in North American road racing.

As the USCR rather plods its way towards a set of regulations, we already know that the GTD class will include cars built to near GT3 regulations but with USCR specific aero – For that read FAR less sophisticated aero than the cars feature in full house FIA homologated form.

“Following two years of extensive research including a full season of competition we are pleased to announce the approval of GT3 cars with their FIA approved aero packages to race in our series,” said Pirelli World Challenge Director of Competition Geoff Carter. 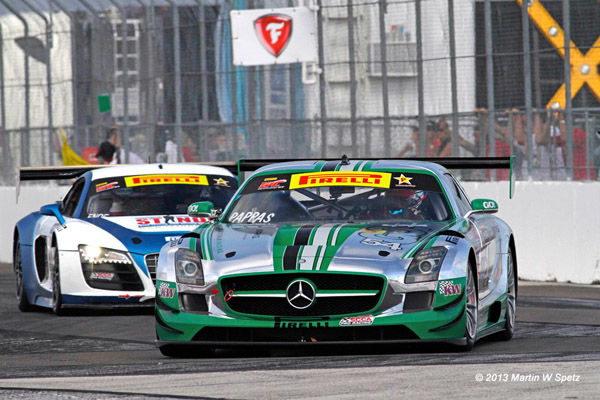 “With the prior inclusion of ABS and traction control our approval allows manufacturers from around the world a stable platform for customer-focused racing.”

Response from OEM’s running in Pirelli World Challenge was immediate and positive.   “Audi sport customer racing is delighted to continue our relationship with World Challenge,” said Brad Kettler, Director of Operations/Engineering, Audi Sport Customer Racing, USA. “The acceptance of our current spec Audi R8 LMS ultra into the 2014 championship is a meaningful step which allows Audi the opportunity to offer our latest car to our customers. The car, as delivered with all standard options including ABS, traction control, and FIA GT3 current aerodynamics will have much more to offer for all driving experience levels. For us, supporting a world-wide model creates advantages: stocking spares as well as streamlining technical information and updates. I’m optimistic that teams will see the value in our car and the technical support we will provide.” 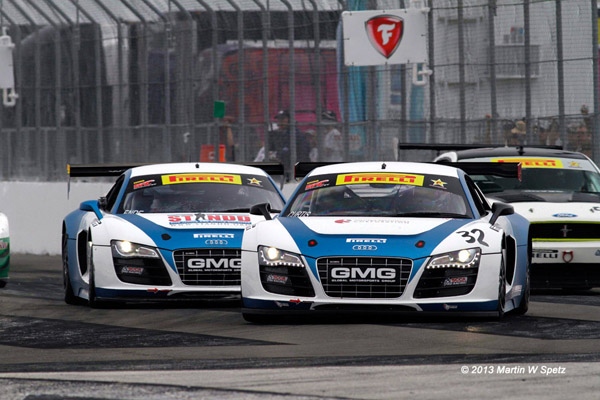 “There’s something like 14 manufacturers that can provide a turn-key car for the GT Class and I hope that all of them show up on our grid next year,” said Tim Pappas, team owner and driver of the No. 54 Black Swan Racing Mercedes-Benz AMG SLS GT3. “Everyone at Black Swan Racing and our friends at AMG Customer Sports will be very happy to have the competition, just as they do in Europe and Asia.  Pirelli World Challenge is the place to be in 2014 if you want to drive the cars of the future in their pure, unabridged form in a sprint format with its unique standing starts.”