I have been to a fair share of historic festivals over the years; like the Goodwood Revival and the Brands Hatch Classic, but there is something about the annual Oldtimer Grand Prix at the Nürburgring that keeps me coming back each summer.

It’s no secret that the ‘Ring has a long and rich history, but what’s quirky about this festival, is that most of the racing is done on the GP loop, which in historical terms is pretty young.

The majority of the cars which race at the festival, didn’t even sniff the ‘Ring’s GP loop during their heyday, because it wasn’t fully constructed until 1984, but that’s almost what helps make this event so special – and it certainly doesn’t stop the thousands of fans from piling in year after year.

This year saw the 41st annual Oldtimer GP, and even in the four years since I first attended the event, it has continued to grow as an internationally recognized spot on the historic-elite’s calendar. More teams and fans from across Europe make the trip now, and while it still a German event at heart, more and more marques from around the globe like McLaren, Jaguar and Maserati are latching onto it’s commercial side.

Fans who make the trip for the whole weekend do see some true “Green Hell” action however, as the annual Historic Marathon and Nürburgring Trophy races are held on the full Nordschleife, combining for over four hours of GT and Touring Car action on arguably the most picturesque and stunning track in the world. 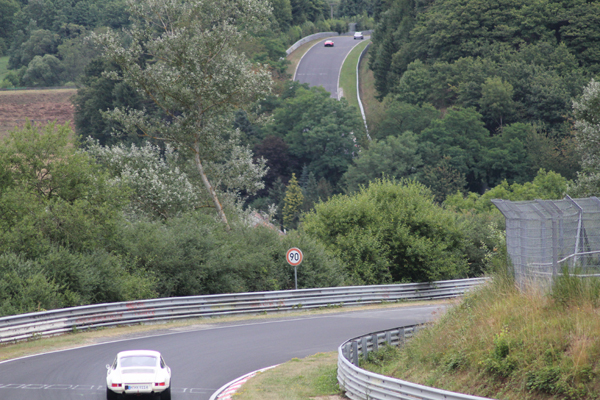 As anyone who has visited the Nürburgring for a race weekend using the full track knows, the Nordschleife does provide some stunning vantage points for fans. And in this case, seeing almost 100 pre -1965 sportscars go full chat round the windy course in the Eifel Region is something to behold. It’s rare to see older cars being pushed to the limit on such dangerous turf, so the festivities on the Friday alone are well worth seeing. 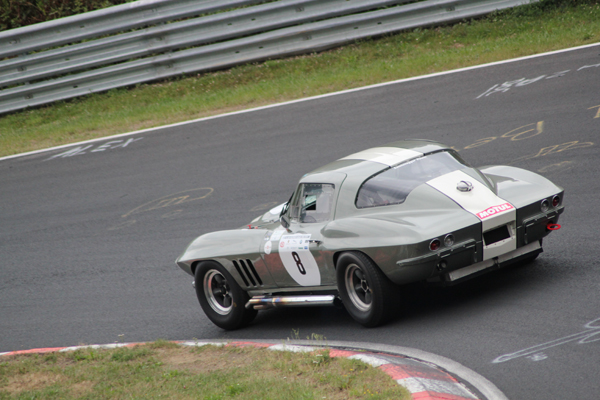 While the main attractions of the weekend use only the short circuit, this is by no means a bad thing. Watching the races in the enclosed southern end of the complex provides a much better fan experience. It has an easy to access open paddock with more than enough to see between the on-track action, and this year in particular the fans were treated to some spectacular machinery to get close to and breathe on.

Much like the ACO at this year’s Le Mans 24 Hours, the Oldtimer GP had also decided to celebrate it’s 90 year history, with a magnificent display of Le Mans prototypes and GT cars throughout the years. 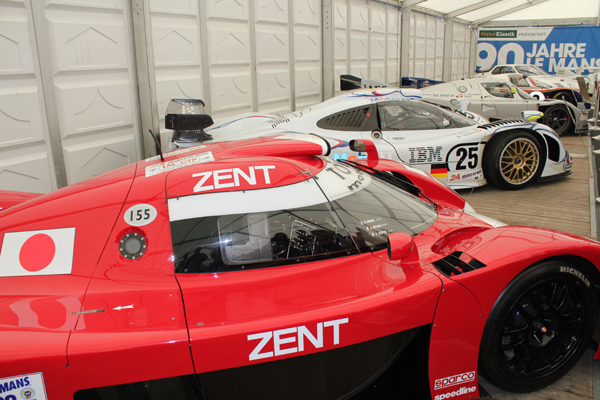 Among the collection of cars was the #25 Porsche GT-1 from 1998 which finished second and the #4 Porsche 936 which won the race in 1977. Automobiles that many of the younger generations like me, could only have dreamt of seeing in person. 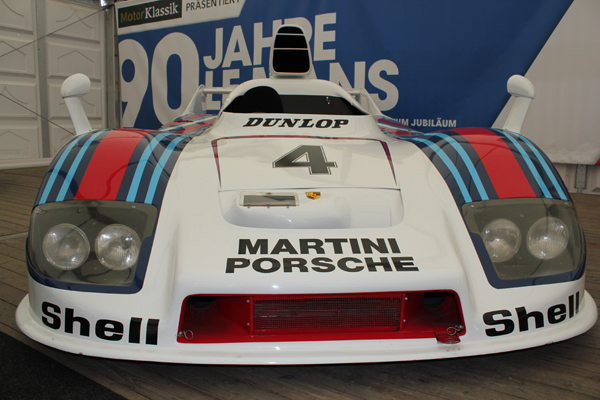 Even outside the main display though, further pieces of Le Mans history were available for public viewing, the most stunning to me at least being the winning BMW V12 LMR from 1999 at the BMW Motorsport stand. 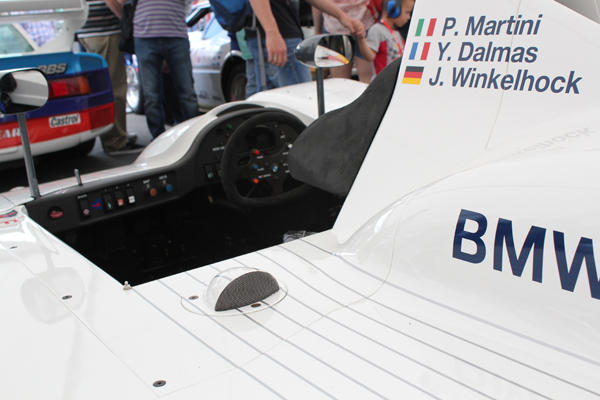 Another event to see at this year’s festival, was the tribute to the late Stefan Bellof, who 30 years ago this year set the fastest time round the Nordschleife in the iconic Rothmans liveried Porsche 956. To celebrate this milestone, Derek Bell drove a 956 round the full circuit in tribute to Stefan, paying his respects to one of sportscar racing’s many legends, and showing the fans what the 956 could really do.

Even though many fans at the event eagerly anticipated seeing the collection of 70’s and 80’s F1 cars race, Sportscar fans had their share of series to keep tabs on over the weekend. The main being the FIA Masters Historic Sports Car Championship and the pre-1960 Sportscars which raced into the twilight on Saturday and used the famous Le Mans start for the second race on Sunday morning.

Every series at the event had some stunning entries, but the sportscar races in particular boasted truly impressive grids, spanning many decades of Prototype and GT racing – going all the way back to the early 1930’s. 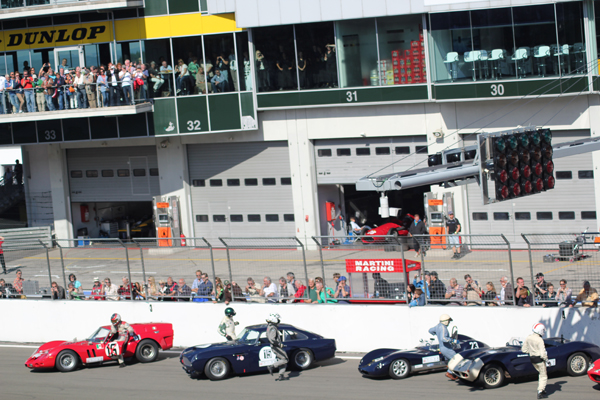 The AvD have created a relaxed culture for the visitors of the Oldtimer GP, and while they know that they cannot create a Goodwood Revival type atmosphere to go with it, there are elements of the paddock which transport fans back in time. The historic paddock for instance – which was built just a few years back at the Nürburgring to match the original set of garages from 1927 – really thrives during the Oldtimer weekend.

This event is most definitely what it was built for, as the garages are filled with cars, objects and people that look “of the period”. This creates some great sights of the weekend, as you glance at some of the original sportscars from the 1930’s and 40’s which helped forge the racing we watch today, resting in their rightful environment. 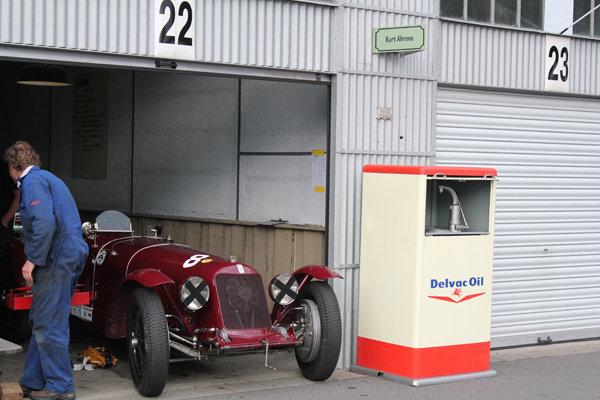 Sure, you don’t feel quite like you are back in time as you do at Goodwood, with everyone donning costumes at a vintage looking circuit. And you aren’t really seeing the cars race on the courses they did back in the day, like Brands Hatch either. But the Oldtimer GP has it’s own atmosphere, it’s own draw – and it’s better for it.

There is no doubt that the Oldtimer Grand Prix has spectacular racing, passionate fans and awesome cars. Despite the presence of the odd DeLorean in the public car park, we can never actually go back and witness racing in it’s glory days, so creating such a glorious event, which has inspired fans to come back for over forty years, is all that really matters.