With the shape of the 2014 USCR slowly emerging it’s almost got to the point of ‘now or never’ for the parties involved to decide what to buy or sell in preparation for the season to come.

After Multimatic revealed to DSC that new Lola LMP2 coupes have been sold for 2014 competition on both sides of the pond, next up is DeltaWing Racing Cars who have announced that the coupe version of their USCR eligible car is now available for advance customer purchase. 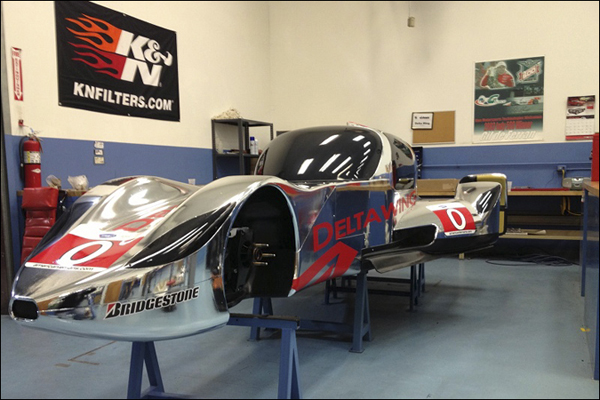 A total of three coupes will be built by Élan Motorsports Technologies for sale to teams planning to compete with United SportsCar Racing in 2014.

The coupe was revealed in mock-up form at Sebring whilst the post-Nissan open topped car has competed in this season’s ALMS in LMP1 form, the car lead last time out in the rain-affected race at Road America.

The factory entered coupe is due to make its racing debut on September 19-21 at the ALMS race at the Circuit of the Americas in Austin, Texas.The Deltawing concept promises nearly half the weight, aerodynamic drag, horsepower and fuel consumption of the competition.