If all goes well, Ford could have a two pronged presence in the USCR series in 2014. The Eco-Boost is the centerpiece of this effort and indications are that this production based motor could appear in both DP and P2 type cars starting this next season.

The engines are very similar for both projects, but for P2, the motor would be of a 3.2 liter displacement, while it would be of 3.5 for the DP spec. Thus far the Ford DP spec motor has been testing at a significant higher horsepower level than the current 520ish HP target in the series. 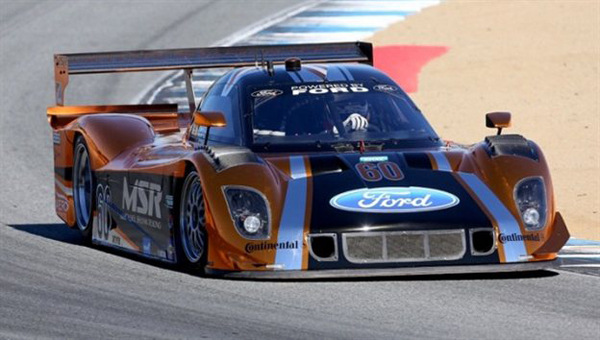 This could be an important milestone for Ford, as the acceptance of this motor in the DP and/or the P2 category could lead to a greater presence in the series by the blue oval, which thus far has been unwilling to fully commit to efforts in either series.

As these are true production based motors, it could lead to a much greater sense of relevance for Ford, which could bring them back further into sportscar racing.

The Roush-Yates developed motor has competed in P2 previously, but in a very limited way in a program ran by the Ian Dawson lead Libra Racing as recently as last season.

Also, it appears as if the long discussed Ford based DP bodywork is near completion and approval and should be announced after the completion of the season.