Dailysportscar has learned that former British GT regulars Adam Wilcox and Phil Burton, who have made just one appearance in the series in 2013, will return at the series’ finale at Donington Park. The duo, previously associated exclusively with Ferrari, will change machinery, as they take part in the two-hour race with Aston Martin Racing. 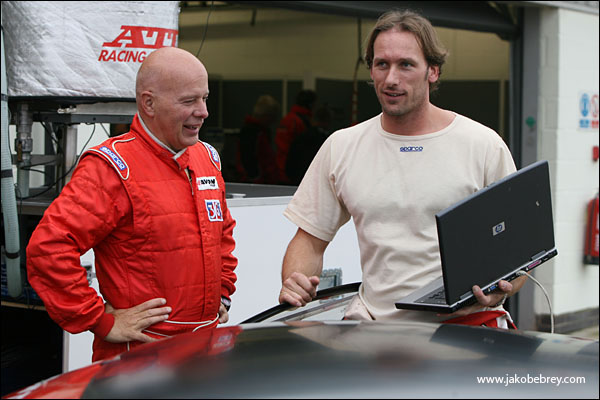 “Phil wanted to race at Donington,” explains Wilcox. “He retired last year, got bored and came back for Silverstone and this was the other event we targeted. The Aston is one of the best cars and we wanted to race that or the BMW. Unfortunately the 458 was a disaster at Silverstone because we had brake issues. But to run with AMR… it doesn’t get much better than that.”

The pairing saw limited success with the Ferrari F430, often finding good performances scuppered by mechanical issues, and will hope the Aston Martin V12 Vantage GT3 will offer a strong platform for a good result. Wilcox recently tested the works car, which won in the Blancpain Endurance Series at Silverstone and starred at the Nürburgring 24 Hours, and was extremely impressed.

“I did a handful of laps a few weeks ago and the car felt awesome,” continues Wilcox. ” After about three laps, on used tyres, I was three seconds off last year’s pole time. Bearing in mind I had no idea what gears I should be in at any part of the track, I felt that was a positive start! Phil loved it too, and obviously that’s important. It’s nice to be in a different car after ten years in Ferraris. It’s inspired Phil some more to drive it, he loves driving the Aston. Because everything’s new, he’s all excited again.”

The pairing will test the car once more at Donington tomorrow.