Next weekend the Kop Hill Climb (Princes Risborough, Buckinghamshire), will host Dick Skipworth’s Ecurie Ecosse race team collection for what is likely to be the collection’s final ever appearance. 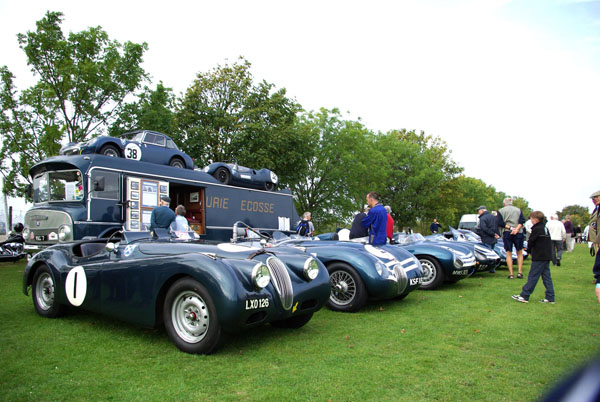 The team enjoyed some 68 victories across just 10 seasons, often operating on a shoestring budget.  The cooperative syndicate, running largely Jaguar sports cars prepared expertly by the legendary mechanic Wilkie Wilkinson took on and beat the best known names in world-class motor racing including Le Mans wins in 1956 and 1957 for the team’s Jaguar D-Type and Ron Flockhart, Ninian Sanderson and Ivor Bueb. 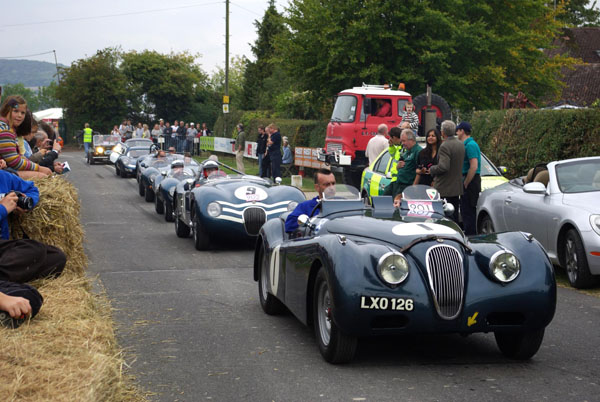 The team’s honour roll went on to include both Jimmy Stewart and his three-time Formula 1 World Champion brother Sir Jackie Stewart, and while the team disbanded in 1972, its 1982 rebirth continued the tradition with its drivers competing to this day in the British GT Championship and the European Le Mans Series aboard the Barwell Motorsport run BMW Z4s

In terms of historic 1950s – 1960s era race team collections, Dick Skipworth’s  Ecurie Ecosse stands as one of the most comprehensive and captivating.  The blue liveried cars replete with the iconic Scottish team’s famous double-deck Commer car transporter has appeared at many of Europe’s most high profile historic motoring events. 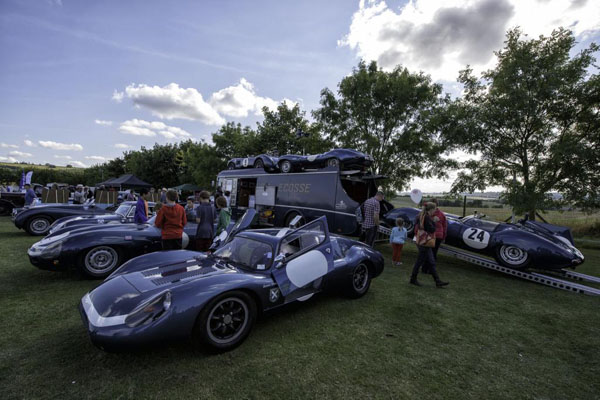 However Dick, Kop Hill Climb Patron as well as long-time event supporter, an ardent near lifelong Ecurie Ecosse fan and regular competitor in historic races and rallies is calling time on his custodianship of this exceptional collection of some of motorsport’s most recognisable names with the entire collection to appear at Bonhams on Sunday December 1st 2013 sale.

Among the collection’s highlights are two sports-racing Jaguars – a 1953 C-Type and a 1956 D-Type and of course the famous double-deck team Commer transporter, capable of carrying three cars (one inside with two on top), support crew along with on-board workshop.