Fifty years of the Ford GT40 – the most iconic of Le Mans 24 Hours sportscars – were celebrated in style with the first-ever all GT40 race at the 16th Goodwood Revival at the weekend, attracting no less than 27 entries. Red Bull F1 designer Adrian Newey took his own 1965 car to the Whitsun Trophy victory, partnered by Indy 500 winner Kenny Brack, beating a world-class field which read like an A-Z of sportscar stars. 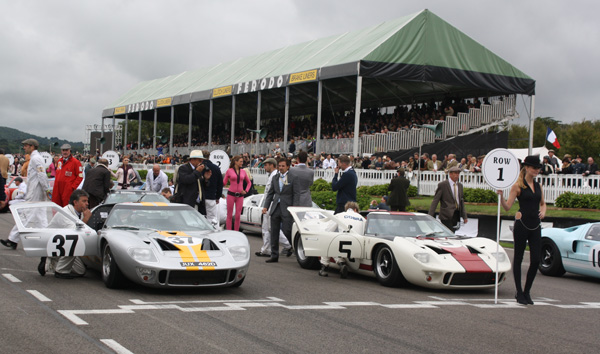 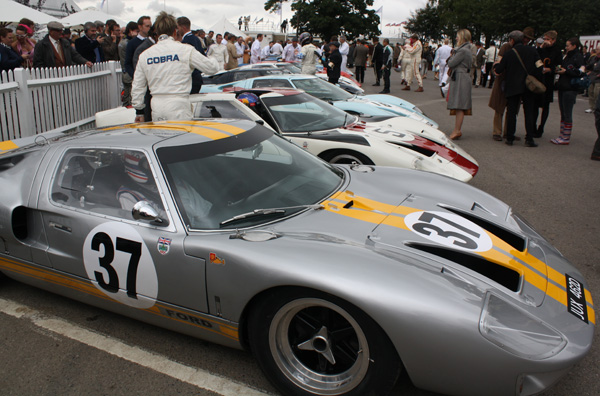 The pair fought off the attentions of Emmanuel Pirro – who had led until a slow driver change to Shaun Lynn – Andy Wallace, Steve Soper, John Hugenholtz, Frank Stippler and poleman Mike Jordan to win the 45-minute driver-change enduro, posting a 100.07mph average on the way to a 13-second win over Pirro/Lynn. Third was Martin Stretton sharing Diago Ferrao’s 1965 GT40. Such was the furious pace that the top five finishers lapped the entire field. 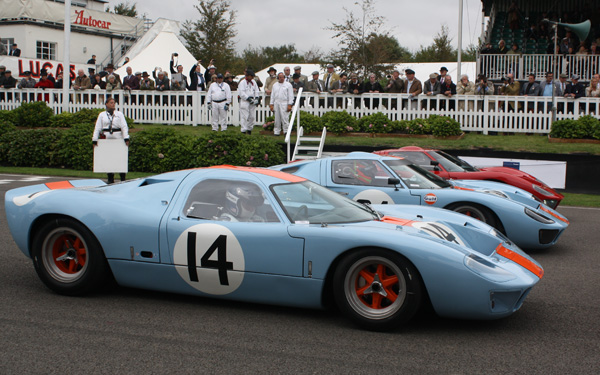 The race commemorated the 1963 launch of the GT40 programme by Henry Ford II, who had been snubbed by Enzo Ferrari when attempting to buy the Italian manufacturer. Ford set out to beat ‘Il Commendatore’ at his own game by winning Le Mans, and succeeded in 1966, followed by another three successive wins. That first winning car, the Shelby-run 4.7-litre GT40 of Bruce McLaren and Chris Amon, was in the event, as were a pair of John Wyer Gulf-liveried GT40s and two Mk II versions.

Henri Pescarolo and Yves Courage, who both raced GT40s in period, were on the grid, although Yves’ mount – Alain Schlesinger’s 1965 car – retired just seven laps in, while Henri came home 17th with Fabien Sarrailh. 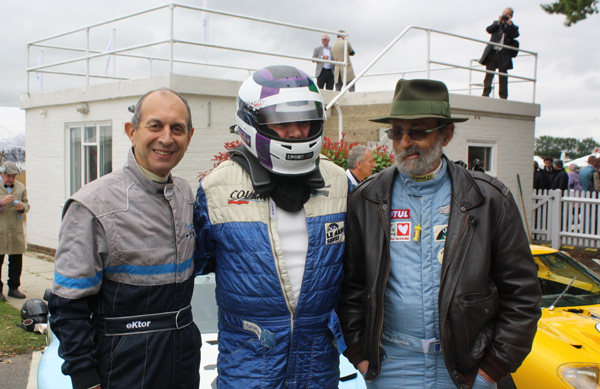 There was no shortage of driver talent on display at Goodwood, with three world champions – Jackie Stewart, John Surtees and Dario Franchitti (Indycar still claims to be a world series!) – doing driving duties, most notably in the Jim Clark Tribute, a celebration of the Scottish champion’s first world title in 1963. 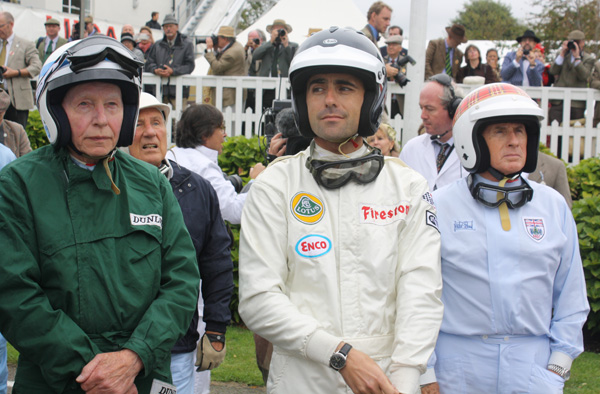 No less than 36 of the cars which he raced or rallied were present, from DKW to Porsche, ERA to Galaxie, and Lister to Lotus. 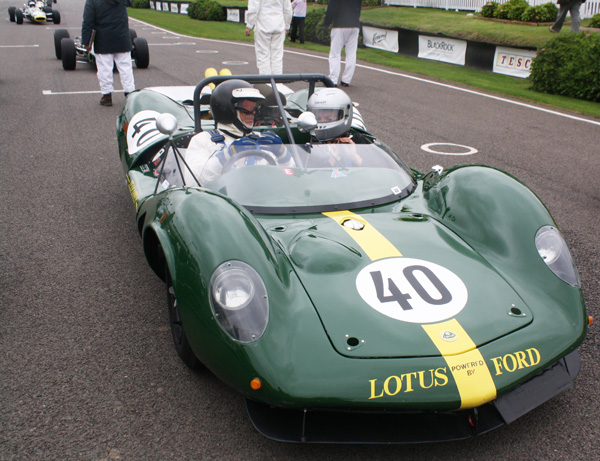 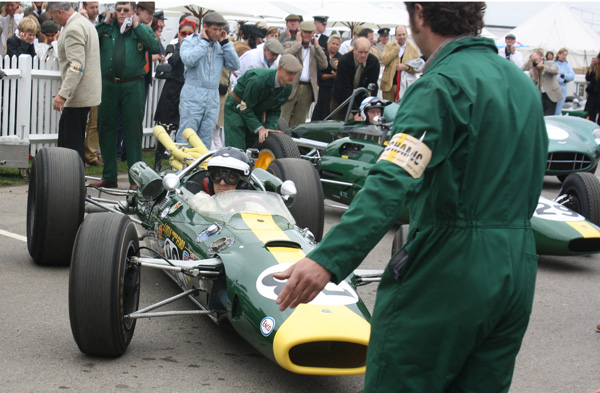 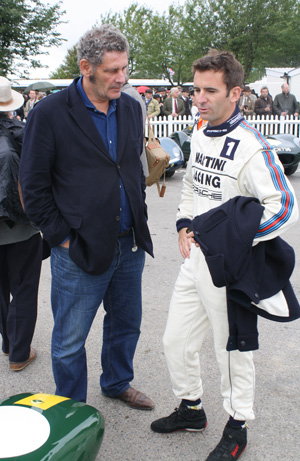 Other sportscar stars in the Goodwood firmanent – which over three days packed in 16 races, WW2 air displays on what was Fighter Command’s Westhampnett airfield, and parades, attended by 146,000 spectators – included Tom Kristensen, who took his Galaxie 500 to the St Mary’s Trophy saloon car win over Frank Stippler’s Alfa Romeo 1600 GTA, and the similar Galaxie of Jochen Mass. Mass went on to finish second in the Fordwater Trophy for sports and GT cars in Hans Kleissl’s 1955 Mercedes 300SL Gullwing. Jean Alesi led the RAC TT enduro in Anthony Bamford’s Ferrari 250 GTO, only to be penalised for a jumped start, while Kristensen brought out the safety car when he dumped his E-Type in the gravel. Heavy rain arrived towards the end, and as others spun, Simon Hadfield and David Clark gave the Aston Martin Project 212 the win.