Pilbeam Racing announced some time ago that a South African funded development of their MP93 design was planned for 2014. The project is happening with the support of multiple Pilbeam customer Dr Greg Mills, with further support from African business concerns. 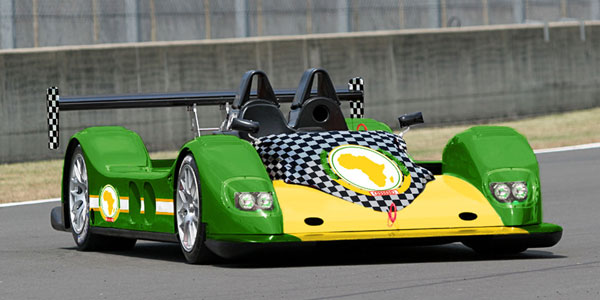 The announced plan was to equip the car with a 4.6 litre V8 Toyota/ Lexus engine, developed from the unit used for Toyota’s Dakar Rally trucks. That though has now moved on and the car, already in South Africa for engine installation, will now be powered by a Ford Duratec based Mountune turbo motor.

After the engine installation is complete the car will return to the UK for completion ahead of a planned 2014 race programme, likely to include some ELMS and potentially WEC races. No decision has yet been made whether to enter the 2014 Le Mans 24 Hours or to delay that for another year.

As per LMP2 regulations Pilbeam is ready, willing and able to supply further cars to new customers.