The sun finally broke out at 17:00 and this was likely to change some of the characteristics of the race. The Falken Porsche had been building a lead in GT, but its namesake tires would find thedrying patches to be a challenge for driver Nick Tandy. Both Bill Auberlen’s BMW and Jordan Taylor’s Corvette went past when the No. 17 Porsche stopped and was handed over to Bryan Sellers. 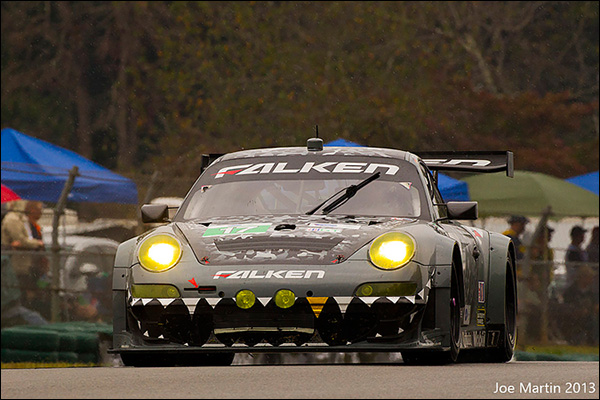 The Falken team stop was the last able to call at the pits before the course went yellow when Bret Sandberg went into the sandbox, a rather natural home for the spinning Lizard (No. 44). The neutralization coincided with a most dramatic announcement—the Muscle Milk team retired the newly crowned LM P1 championship winning car. Lucas Luhr reported an overheating issue that they could not solve.

Once the pits opened on this sequence it was almost a perfect 50-50, with half the field stopping, the others picking up the initial tempo. The most successful of this group was Jonny Kane. He took the No. 552 Level Five entry out ahead of the No. 01 Extreme Speed HPD. It was Kane’s first stint and he celebrated by taking over the LM P2 class lead. 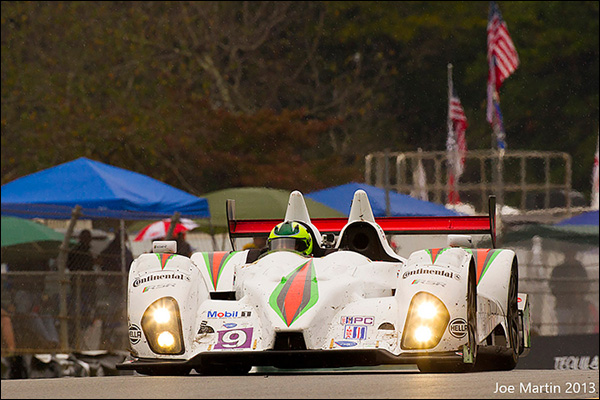 After several hours in the paddock, the No. 9 RSR Oreca returned to the fold during the caution period, Gustavo Menezes driving. On the restart the No. 551 had to take to the penalty box for contact—something of a record for those transgressions. This dropped Ryan Briscoe to third in class / fourth overall. That car is now laps off of the class pace. LM P2 has two cars on the lead lap, Scott Sharp (No. 01) taking back the top spot ahead of Jonny Kane. 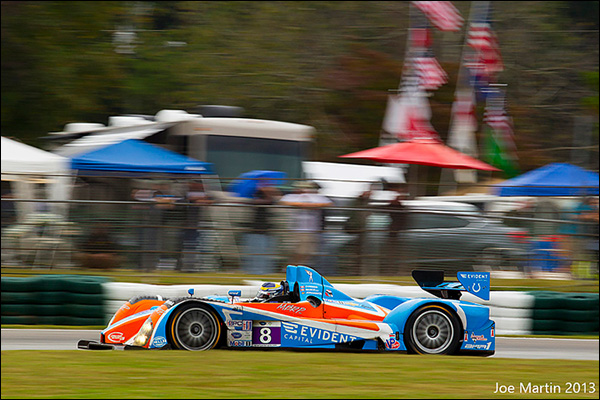 PC settled into Sean Rayhall ahead of Stefan Johansson, the Swedish veteran having his first stint in the No. 8 BAR1 Oreca. Bryan Sellers retook first in GT with the Falken Porsche, thanks to the chasing Corvette (Jordan Taylor) and BMW (Bill Auberlen) stopping late in the yellow flag sequence. There was really little to choose in this remarkable class. At nearly six hours into the race there were six (!) cars on the class lead lap; Sellers, Taylor, Auberlen, plus Matteo Malucelli (No. 62 Ferrari), Michael Christensen (No. 06 Core Porsche), and Uwe Alzen (first stint in the No. 55 BMW). The GT fight became ever more intense with Sellers (barely) able to hold off Taylor. 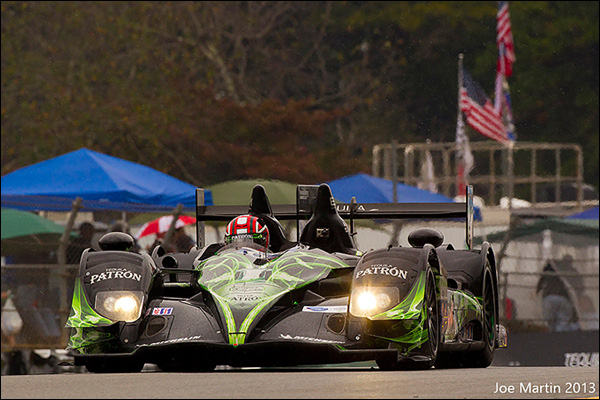 At this juncture, Gary analyzed the championship points situation. In LM P2, were the race to end at this pmoment Scott Sharp would win the title by 1 point. Scott Tucker was leading in points at that moment but his car’s third place “finish” would not be enough to pass Sharp. However, if the other Level 5 entry “retired” then Tucker’s second place result would be adequate.

Mike Guasch was leading PC points and will likely take the championship. Although they were far down the order the No. 52 PR1 Oreca will probably complete the 70% threshhold and thus add to the point total. 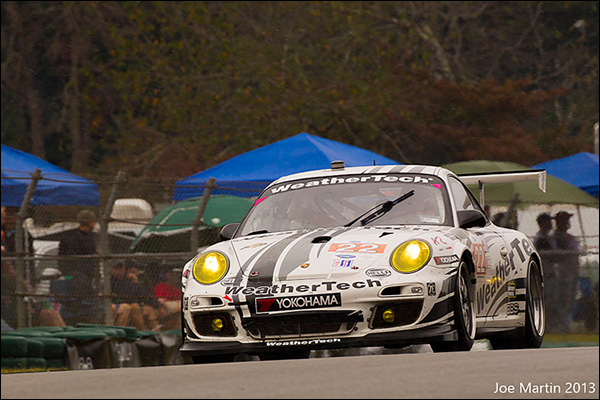 In GTC, Jeroen Bleekemolen and Cooper McNeil were set to take the drivers’ title while Lizard was poised to lick up the team trophy. Meanwhile, back in the race itself, the GTC situation for the No. 22 AJR entry was the best that it had been all day with McNeill up to third in class. He was on the lead lap behind the No. 66 TRG entry of Damien Faulkner and the leading Lizard of Nelson Canache.