ORECA Technology officially announces this morning that they have started the design phase of a new closed-top LM P2 scheduled to hit the track at the end of 2014.

The two new cars are the latest in a line that have seen ORECA, in it 40th anniversary year, build on their racing heritage with further new build projects. The Oreca 01 had success in LMP1, they have built no fewer than 17 03 LMP2 cars (which have so far claimed 18 race wins in three seasons) and 30 ORECA-FLM 09 in LM PC! 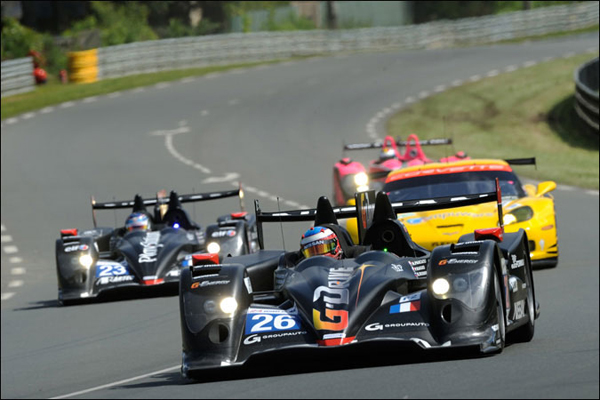 2014 is already set to see the debut in the FIA WEC of the new Oreca designed REBELLION R-One LM P1, a car that builds on Oreca’s earlier design concept the 02.

“The ORECA 03 LM P2 has had great sporting and commercial success through the numerous teams who have put their confidence in this chassis.

“The ORECA 05 will be a radical change compared the previous car because it will have a closed cockpit. But our design office is working to include innovative solutions and to set itself apart from concepts that are present today.

“We want to gain momentum on all levels, with a global approach to technical and marketing strategies. This ORECA 05 will be the symbol of our technological know-how gained over 40 years of challenges met and from several participations in the 24 Hours of Le Mans with the world’s biggest manufacturers.

“With the ORECA 05, we want to take the next big step.

“The chassis of our new closed-top LM P2 will respond to the new LM P1-2014 regulations, notably in terms of safety, including passive safety and driver (safety).

“This car will be completely new and our objective is to continue the momentum begun by the ORECA 03. With the ORECA 05 in 2015, we want to take the next big step, by offering a car that’s even more reliable and with greater performance. We’ve also developed the ability to give support to our customer teams both on the technical and logistical sides, and that support is crucial.”

“The first thing we can use is the knowledge and experience we have from the 03, and from a design standard, it will be very different than the 03; there might be a few carryover components, but it will be only detail work.”

“The big work will be a significant step that is different than the 03–a big philosophical difference that is state-of-the-art, and that is new for our customers to have the most competitive car possible.”

Floury and his engineering team plan to have the 05 on track and ready to run to give potential TUDOR United SportsCar Championship customers a chance to be ready for testing and racing at Daytona in 2015.

“At the moment, we are looking to do on-track testing before the end of 2014 in order to be ready to race in America, which has the early start to the season, and also that will benefit teams in Europe,” he continued. “We have no plans to run the 05 as a team, but we plan to help our customer teams as much as possible to help them win the races and the championship. We are still working on creating a U.S. base for ORECA which would help with this, and this is still under development by Mr. de Chaunac.”

Before that though there’s set to be an evolution of the current 03 LMP2 car offered to ORECA customers, the 03R.

“The ORECA 03 has reached a certain level of maturity. The car is reliable and performs well, and with 10 wins in 2013, six of which in the FIA World Endurance Championship and the same number of pole positions, it has shown all its qualities.

“Six different teams won in 2013. The goal of the ORECA 03R is to capitalize on this base, and to implement the technical feedback provided by the 10 teams who have raced the ORECA 03, all while maintaining a cost cap.

The ORECA 03R and the ORECA 05 are set to be entered only by customer teams of ORECA Technology, which in LM P2 is concentrating on its manufacturer and support activity. The two prototypes will be designed to be powered by all available types of power plants.

(With thanks to Marshall Pruett)