A very imaginative approach. Current sports cars look futuristic, as does the Austin tower – then to shoot them both in black and white only heightens the impression. 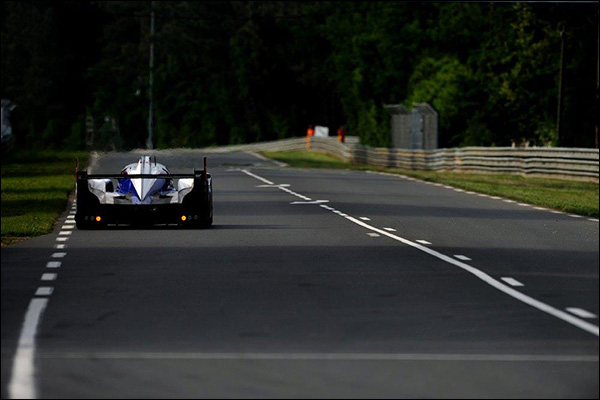 A very dramatic shot: the contrast of light and shade, with a dark background but with the light on the car, complete with heat haze above it. The fact  that it is also taken from a little-used angle greatly adds to the impact. 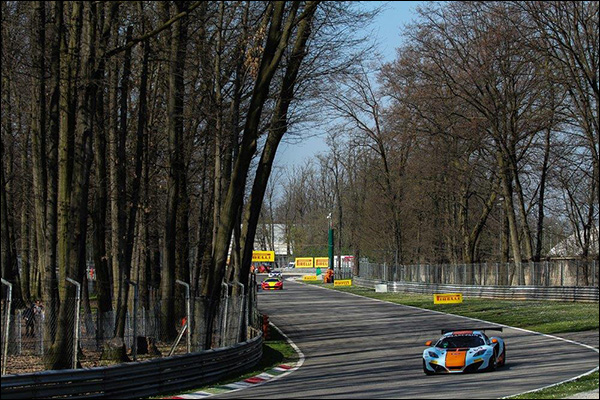 Very bold to devote so much of  the frame to the scenery, emphasising the contrast between the bare and dull winter trees and the famous Gulf colours. Really striking shot. This picture was also chosen as one of Malcolm Cracknell’s favourites: Monza – the trees, the shadows, the history, that tunnel effect, Adam Pigott’s shot is a classic, to me. And there’s more than a hint of a ’97 Gulf McLaren about it too.

Malcolm Cracknell, When given the task of choosing just three images of the year, I’m reminded of the quality of photographs on offer to DSC readers (perhaps this is one reason why I haven’t attempted more than a glance, so far, at the Le Mans Annual). I’ve decided to choose the circuits first – so Monza (above), Spa and Le Mans. 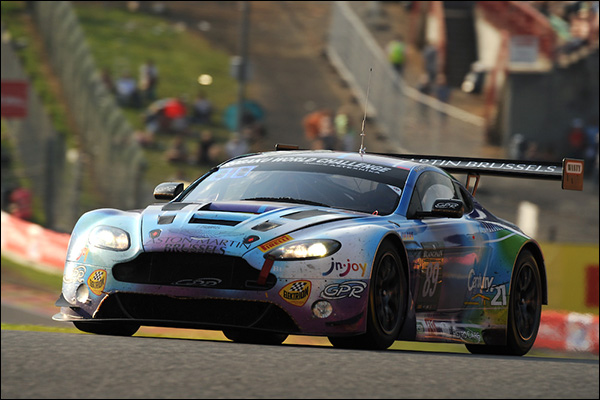 Spa – and a distinctively-liveried Aston Martin, at a classic corner. Is it just after dawn? A few hardy souls in the background, following the action, the sun glinting off the bodywork, I love it Pedro. 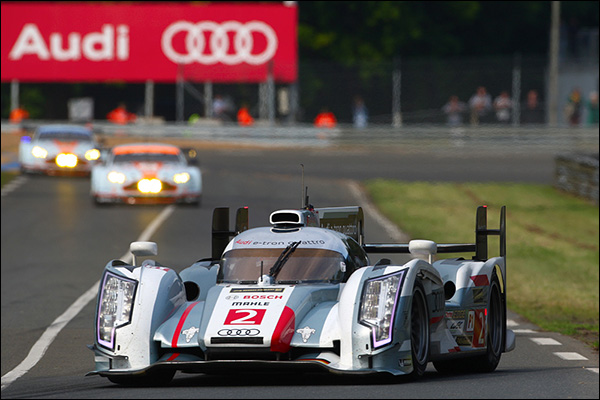 This is a Doris shot of the Wednesday Practice Session. I don’t think it’s the wee Scot at the wheel, but that doesn’t matter, it could be. Before I wrote about the 24 Hours, I camped here, at Arnage, because it’s such a beautiful spot. The two Gulf Aston Martins in the background remind me, sadly, of what happened on Saturday afternoon. The #2 Audi reminds me of the extraordinary exploits of a sportscar Scotsman, during three decades. I’m not claiming that these are the three best photographs on DSC in 2013, but they certainly do it for me. 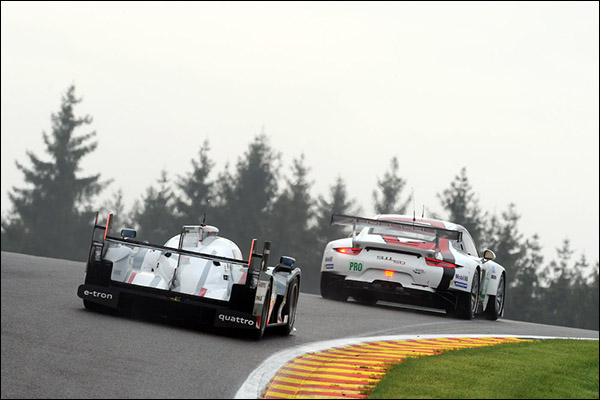 There’s something of the intensity of the WEC in this picture: prototype versus GT, Audi versus Porsche, uncertain weather conditions and the dramatic backdrop of Spa Francorchamps. 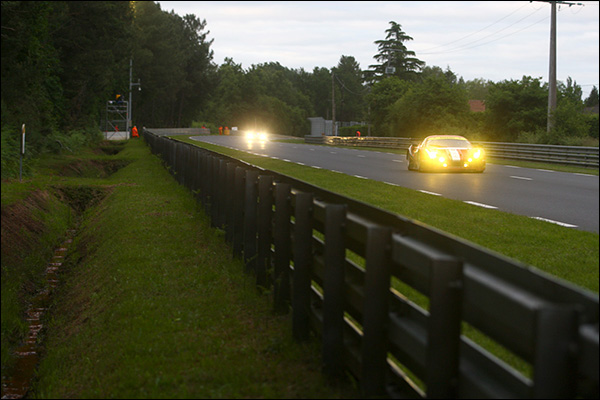 I couldn’t omit the hardest race of the year, could I? Lordy captures the magic with this shot – this section of track virtually unaltered in all the years of change at Le Mans… all of a sudden even triple layer Armco looks a bit fragile.

A favourite event, the Nürburgring 24 hour race… and the Aston is certainly a fan favourite. Sören’s shot here not only captures the drama of the race action on the Nordschleife, but also some of the atmosphere of the spectator enclosures. 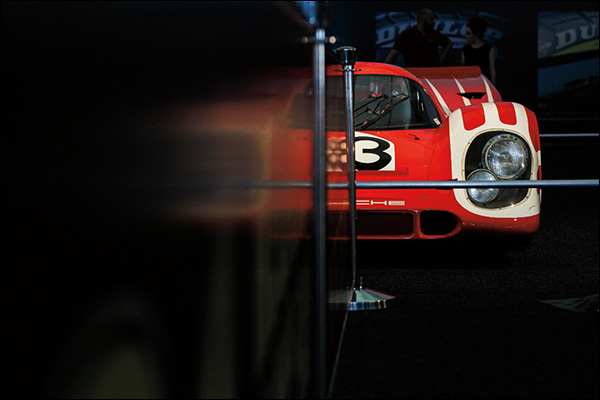 I love the reflection completing the image of the car, like a caged restful animal with an impressive fighting past, the reflection almost like the ghost of that past. 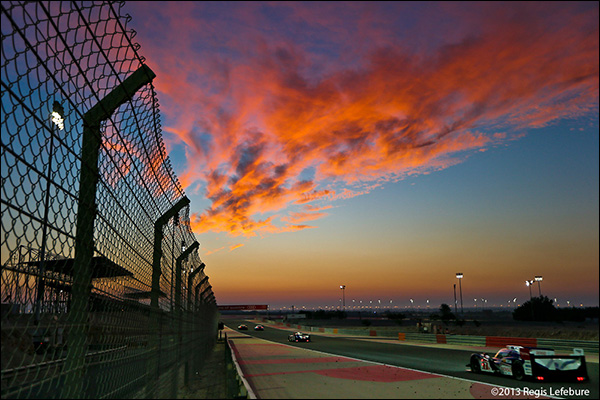 So many different things going on with light but the stark focus on the chain link fence cutting off the beauty and highlighting that to the guys on the track all that matters is the racing. 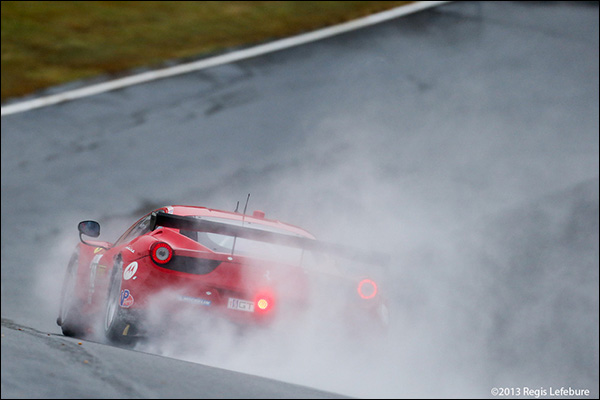 Extreme track angle reflects extreme conditions and a driver really earning his wage! The fact a corner of the car appears in perfect focus would be taken as a miracle if you didn’t know regis was a miracle worker! 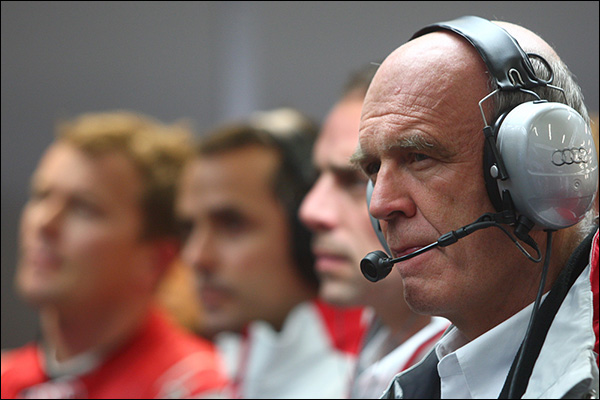 I love this picture, and not just because it reminds me of the cover of a Kraftwerk album. Doris is normally the portrait king, but Lordy has captured a moment that defines the Audi set-up – a garage full of talent, but there’s no doubting who’s the boss! 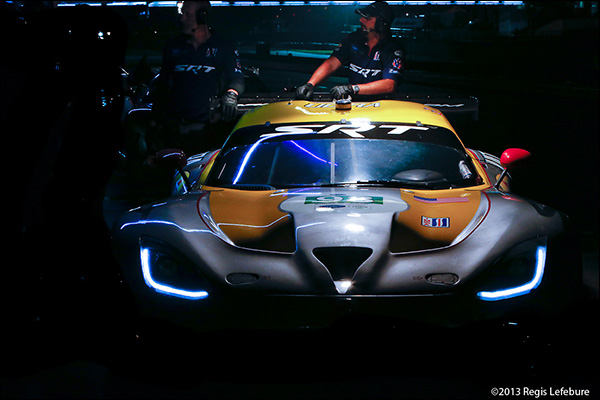 You can always rely on The Dude to come up with the goods, and here Regis presents the SRT Viper in a way that makes you think it’s alive and is being handled by its keepers. 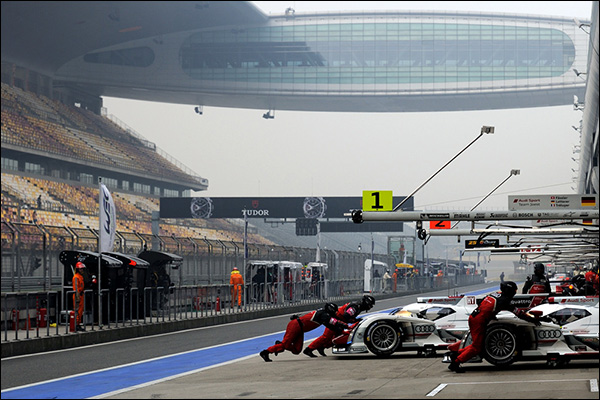 What makes DSC’s snappers so special is that they do so much more than just shoot cars. There’s very little going on here – probably the end of a practice session – but Doris presents this otherwise mundane moment as a scene from Blade Runner.