Racer.com have been busy pinning down the chances of Muscle Milk Pickett Racing taking up the opportunity now offered for a invitation to contest the 2014 Le Mans 24 Hours

“We’ve started a big partnership with ORECA, they’ve sent some people over to help us get ready for the Rolex 24, our guys went over to ORECA to build the car and they’ve been tremendous to work with,” Pickett Racing team manager/engineer Brandon Fry told RACER.com 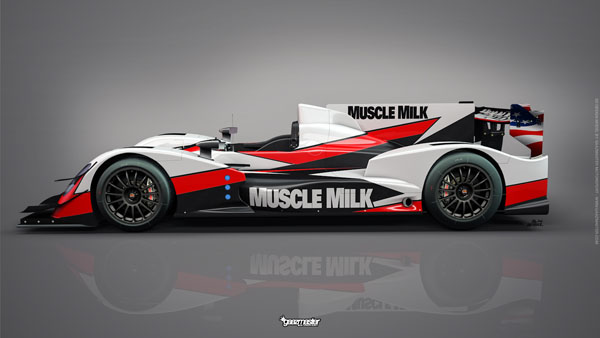 “They’ve offered their support for Le Mans, should we choose to do it, so that would be a benefit and would make us feel comfortable about going over there.”

Team owner Greg Pickett has, of course raced at Le Mans before, driving the rapid Judd engined Lola LMP1 in 2008 under the Team Cytosport banner together with his still current pro driver Klaus Graf and Jan Lammers. 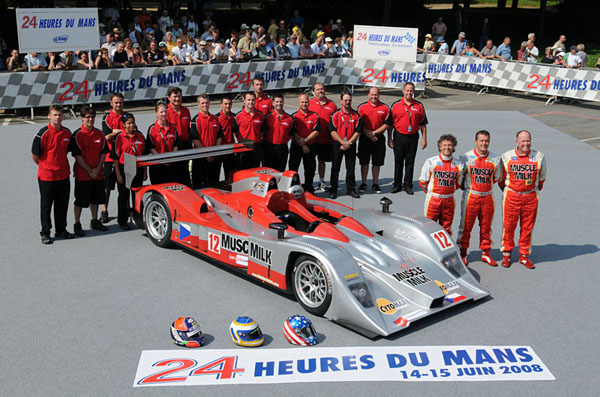 A wish to return has always been balanced against the inevitability of the team’s then current LMP1 machinery being overwhelmed by the factory teams at la Sarthe.

Brandon Fry though says that this might change with the advent of the teams new P2 programme.

“We know the ORECA will be a very competitive car, and Greg has always said how much he would like to go back to Le Mans, but only with a real shot at winning,” Fry said.

“He loved racing there as a privateer, and with all of the growth his team has seen since then, he knows he has a team that’s capable of winning. We haven’t made a commitment to go, but it’s definitely something Greg has been thinking about and I know we’d love the challenge if he accepts the invitation.

“Greg has always enjoyed a close relationship with the ACO and with Muscle Milk’s growth in Western Europe, there’s a good commercial opportunity there as well,” said Fry. “The 24 Hours of Le Mans could be a great event to further establish the brand, as Greg has mentioned, so we have a lot to think about and would need to make a decision fairly soon.”