Car #911 will be driven by Nick Tandy and Richard Lietz , while car #912 will compete with Patrick Long and Michael Christensen at the helm, with two additional Porsche factory drivers – Patrick Pilet and Joerg Bergmeister – joining the teams for the upcoming Rolex 24 at Daytona.

The #911 Tandy/Lietz/Pilet Porsche and the #912 Long/Christensen/Bergmeister entry will make their on-track debut at the ROAR Before the Rolex 24, January 3 – 5, 2014. The effort will utilize the new Porsche 911 RSR, the same as the 2013 24 Hours of Le Mans LM GTE-Pro class-winning entries.

The headquarters for the program will be at Porsche Motorsport North America (PMNA) in Santa Ana, Calif. CORE autosport, Rock Hill, South Carolina, will act as the competition partner for the programme.

Christensen, in his first year as a Porsche Junior in 2013, finished sixth in the Porsche Mobil 1 Supercup series season standings with one event win in addition to the Rookie of the Year title. Tandy finished the 2013 American Le Mans Series by co-driving the Team Falken Tire Porsche to the GT class victory at Petit Le Mans. 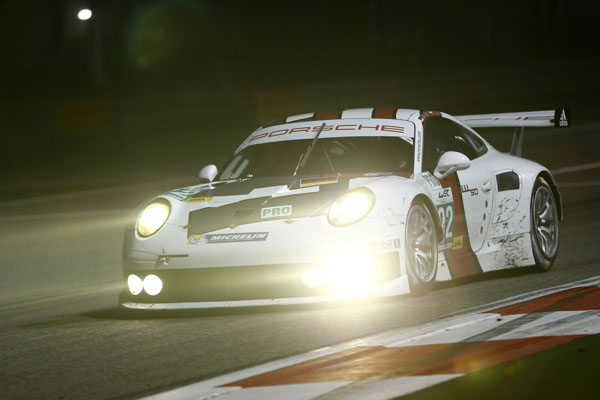