Jon Bennett and Colin Braun will team up once again for CORE autosport in the Prototype Challenge class, driving the #54 ORECA FLM09 in the new 2014 Tudor United SportsCar Championship.

Braun and team owner Bennett are on a mission to win CORE’s fourth-consecutive PC Team Championship, while seeking their first drivers’ titles. Since partnering in 2012, Bennett and Braun have co-driven to 12 podium finishes in the PC category, including five race wins. After three consecutive American Le Mans Series championships, CORE autosport will enter the new Tudor United SportsCar Championship, which brings together the ALMS and the Grand-Am Rolex Series into one championship 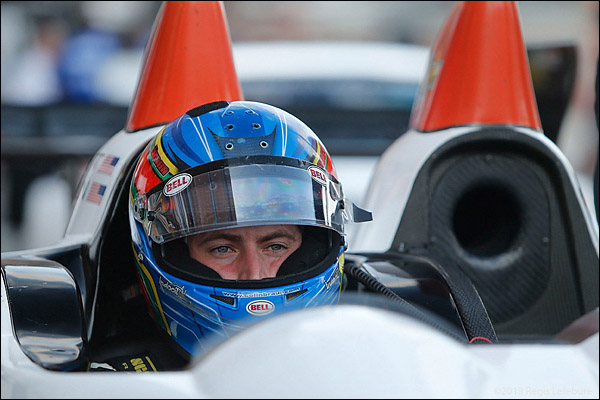 The duo will turn their first laps of 2014 at the Roar Before the Rolex 24, the traditional test days at Daytona International Speedway, January 3 – 5.

“I’m so glad Colin is co-driving with me again in 2014. He’s been a real asset to the team from the minute he came on board. His on track performance speaks for itself and he’s been an excellent coach for me as I continue to hone my race craft. With Colin and I back together for the first season of the TUDOR United SportsCar Championship I don’t see any reason why we can’t make it PC Championship number four.

“Since we’re starting fresh with the new Tudor series, I thought we’d go back to the #54, which I’ve been running since I started racing and in IMSA Prototype Lites. It’s brought me good luck before, so let’s hope it keeps coming.”

“It feels great to be back with this CORE autosport team and with Jon as my co-driver. Over the past two years I’ve seen what this team is capable of and winning the team championship the past three years shows that I’m with a championship-caliber team, which is where every race car driver wants to be. This team really has become like family and I am very glad to be keeping our tight knit group of guys together for 2014 as well.

“I’ve enjoyed getting to know Jon over these past two seasons and it’s really a bonus to be driving with someone that’s a close friend. We have a lot in common and it’s been a lot of fun watching him grow as a driver. I really believe 2014 will be a big year for both Jon and I with our sights set on winning the team championship as well as our first drivers championship together.”