The DSC Ed caught up with all three of the 2013 World Championship winning drivers at Audis end of year party in Ingolstadt before Christmas but spent some particular time with the one man to add his name to the Le Mans 24 Hours winners trophy for the first time, Loic Duval

You stand here now with a Le Mans win under your belt and as and FIA World Drivers Champion, How does that feel?

“It feels good of course!

“When you join Audi you know that you are joining the best team in the world, that you will be in a position to win Le mans, the most important race of the season and now a World Championship too.

“It’s difficult to describe, a very different feeling from the Le Mans win. That was something like the World Cup soccer final where you have one chance that just does not happen every weekend so you just have to make it that day, enormously tough and everything has to work in the way you planned.

“Then you have the World Championship which is all about performance, consistency, being able to take as good a result as possible even when a win isn’t there for you. It was a very tough season but we all did pretty well and for me, it was already a dream to join Audi and an honour to be chosen to drive with Tom and Allan to replace such a great driver, and such a great guy, as Dindo.

“It all worked out, it was just a fantastic year, even more so as it was my first full season with the team. A World title, and a Le Mans win, it literally could not have been better.”

So then, Allan has now retired on the back of the achievements of this year, surely you should do likewise, go out on top!!

“Not really!! There is a whole lot that I still want to achieve. I have the same mindset as many of the guys here at Audi – The day after you win you wake up and you are ready to push to do it all again. That’s the mindset that has carried this whole team to their amazing success for so many years and it is great to be a part of it.

“I very much still have the fire inside, and I think it’s there for a while – there is a lot more to come I hope.”

You’ve shared this amazing season with two incredible drivers. For Tom every race seems to be another record, another part of history? 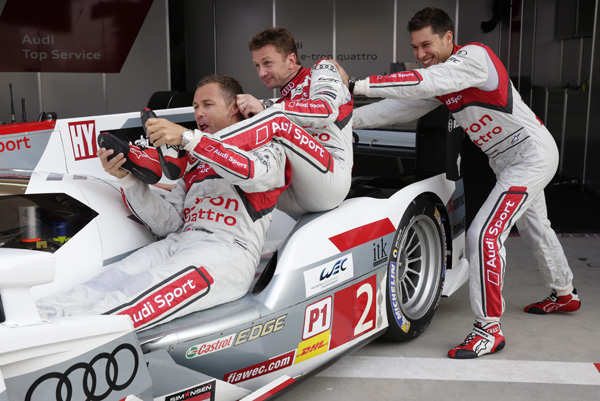 “He’s amazing. When I think back to what we have achieved this year, think back to just how hard it is to have won at Le Mans and then reflect on the fact that Tom has done that to win nine times – That’s just incredible, and particularly to do it in such a short period of time. It’s just crazy what he has done in his career as a racing driver. He deserves totally this name of ‘Mr Le Mans’.

To turn that around, what is Tom Kristensen like as a team-mate with a newcomer to the team such as yourself?

“He’s still a young man himself! What’s really impressive, I can see through the year, through the whole season how hard we are working, how hard we are pushing and it is tiring, particularly with the travel, jet lag and all of that comes into play too. 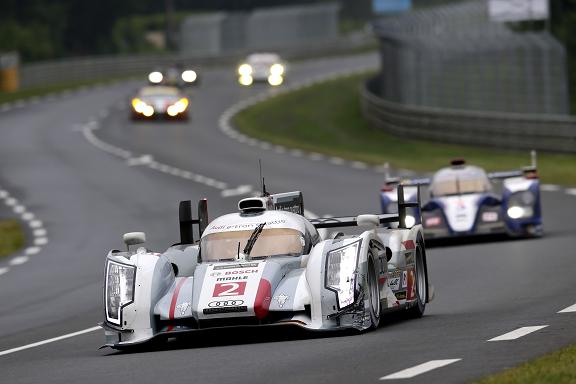 “Every metre you complete in this car I feel you have to prove that you deserve the four rings on your racing suit, it is always 100%, you cannot slow down and to see what Tom is still capable of doing after so many years of pushing this hard impressed me a lot.

“Every race weekend Allan and Tom are asking me to come running with them on the track, and it is them pushing me to do it! They have this huge motivation to keep fit, to push, to drive for the win – It really is amazing and inspiring.”

There have been two major tributes paid this evening to people that have been key to binging you to this team and to helping you to achieve within it – The first is Allan (McNish), what has he brought to your experience here at Audi?

“Allan is a monument of racing you know. He has done everything in the sport including Formula One.

“He is Audi in a way, what he brings to, and within the team, what Audi is today is in no small part because he was one of their drivers from the beginning. 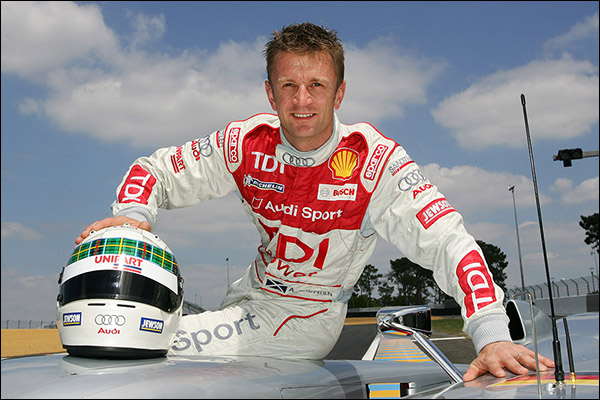 “With such a successful brand of course there are a lot of people in the background but the driver is, of course an important part of it and Allan’s abilities to pinpoint technically things that aren’t quite right, his strategic thought process, his passion for perfection and his amazing ability to push and push again bringing the whole team with him, even when we have had a bad day, he still has the motivation to push, to inspire, it is astonishing.

“But he’s capable too of going beyond that, he does it with such good humour that it adds something very, very special to what is otherwise a very intense atmosphere.

“I am disappointed that he is stopping, our year together was fantastic and I guess I am a little greedy for more! Looking at it another way though I am so, so happy that I had the opportunity to do this year with him, not just for the ultimate achievements, but far more for the way he showed me that you get there. I cannot thank him enough for that.”

The second tribute was, of course, to Dr Ullrich, celebrating 20 years in charge of this astonishing team. You’re in an unusual position for an Audi driver because you have had the opportunity to experience what it is like to be a competitor to them on track?

“When you are up against them it looks like…WOW! What a massive machine this team is, how can we hope to beat this! But even before I raced, and then when I was battling hard to beat them I was dreaming about joining them. 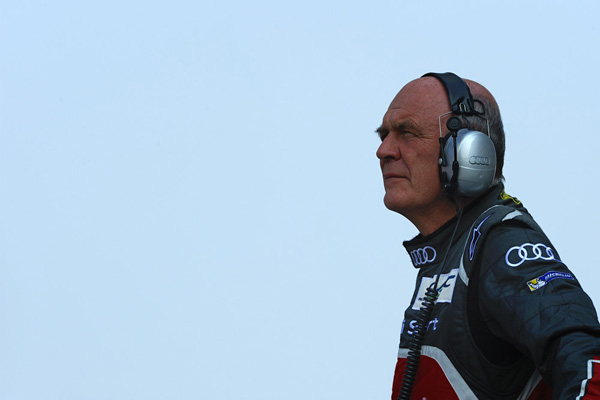 “When the chance came last year to join them for a few races I saw it as a massive opportunity and then to get the chance to replace Dindo as a full season driver it really was the most enormous dream come true. As the guys said it doesn’t feel like a machine from the inside, it feels like a family, a family that expects you to give your best but that is just so supportive.

“Of course I hope that this is the beginning of a long story for me with Audi, when you see what they have be able to achieve with this leadership from Dr Ullrich it is simply incredible. It’s a bit like what I said about Tom and Allan – To understand that when you have won once it just becomes tougher still, and to have grasped that challenge and beaten it so many times is astonishing.”

We are standing here next to the 2014 R18 etron quattro, have you driven the car yet and what do you expect from it?

“No I haven’t tested it yet but if it as quick as it looks it’s going to be fantastic! 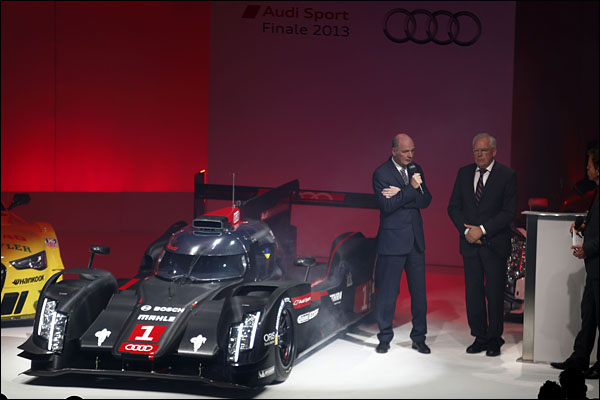 “It’s fantastic to be at the beginning of this story, with the new regulations it’s going to be a series of new challenges for all of us, the designers, engineers and of course for the drivers too, it will need a driving style that is a little bit different but at the end it’s another new chapter for Audi and for the whole family. I really hope it’s going to bring a lot more success and I really hope to be a part of that, and keep the Number 1 on our car!”