Following Ian Wagstaff’s article ‘Where did it all go wrong’ last month, I’ve been getting various opinions and ideas through the post – many in agreement with the wisdom of Wagstaff, and others not.

An exchange with Iain Macbeth though, moved the discussion on as we debated the state of the sport in a wider sense, and I thought it only fair if I shared those thoughts with you, dear dailysportscar reader.

Further comment from Mr Wagstaff himself is also in the pipeline – and I’m going to find it hard to keep from throwing my own two-penn’orth into the hat as well. I have a feeling that the DSC Editor might also be moved to comment. For now though, settle yourself down with a cup of tea and have a read, then let me know what you think!
(Paul Truswell)

Well, I can’t attempt to emulate the collective depth of knowledge possessed by Ian, Paul and Malcolm, so please appreciate that these observations are the thoughts of a mere pip squeak. But pip squeaks much younger than me represent the future of endurance racing, and therefore an understanding of the world they live in is key to how the modern world views our sport. There isn’t a right and a wrong about this; it’s just that the world is a very different place from the sixties or even the Group C days. 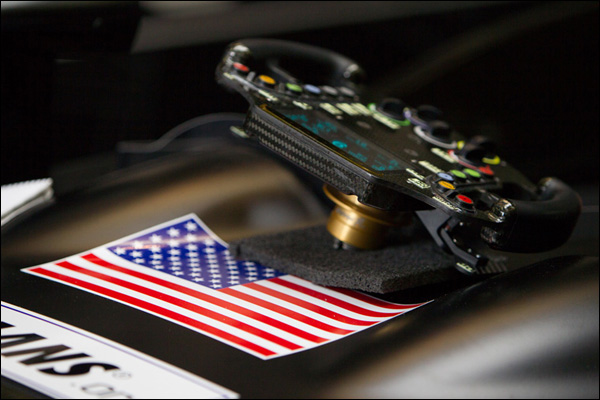 Electronics is at the heart of this, and data, in vast volumes, is now everywhere. Of course, this has brought about significant change in racing between then and now, from engine management to race simulation. However, the impact of digital media is much more marked in social terms. I dare say folks are writing doctorates on the influence of social media, but very simply, society is now at a point where there is sensory overload in terms of information. So not only do people unconsciously filter all the information that flows past them, but the attention span to process that data has by necessity shortened to seconds. Twitter exemplifies this process.

And therein lies the nub of the issue – endurance racing requires a level of commitment in order for its audience to comprehend the nuances that develop and that commitment is something that the modern audience struggles with in the face of competing demands for its attention. The availability of information to the modern audience eclipses anything that was available even 10 years ago, so once hooked, today’s enthusiast has unparalleled volumes of information available, but the audience has to be hooked in the first place. The new Formula E series has some intriguing interactive ideas that promise to capture the excitement of a new generation. And ‘chapeau’ to Nissan in this respect, as perhaps they have been the only mainstream manufacturer to date who have really thought about how they engage with a younger audience. But maybe the real issue for endurance racing is that it struggles to ignite the excitement and interest of the modern generation to the extent it did in the latter half of the twentieth century, and lacks the draw that Formula 1 still exerts. 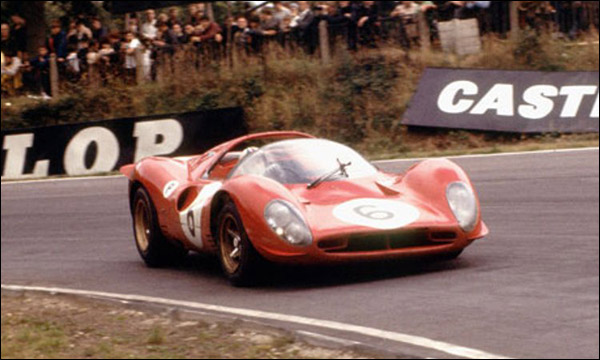 For many older enthusiasts, there seems to be a consensus that the sixties was the ‘Golden Age’ of endurance racing, epitomised by the factory battles between Ferrari and Ford, and later the Porsche 917. But this was 50 years ago, and the level of interest generated by subsequent manufacturer campaigns has not captured the imagination in the same way. Of course the efforts of Mazda, Nissan and Toyota are not irrelevant, nor should the tremendous campaigns mounted by Jaguar, Peugeot, and more recently Audi, be dismissed. Each has been important in maintaining the flame, but without the geopolitical backdrop that defined the ‘Golden Age’ of the sixties. The David and Goliath contest between Ferrari and Ford became a metaphor for the Europe versus America competition that showcased the glamour and technological rivalry between those two great continents.

Of course, the sixties can be considered as a period of automotive arrogance and complacency on the part of the European and American manufacturers. The impending impact of the Japanese car industry on the global market hadn’t been grasped, nor could it be imagined that, 50 years later, collectively the largest manufacturer of cars in the UK would be Nissan, Toyota and Honda.

The attention of today’s consumers is captured by Apple and Microsoft rather than by the industrial might of Ford and General Motors. 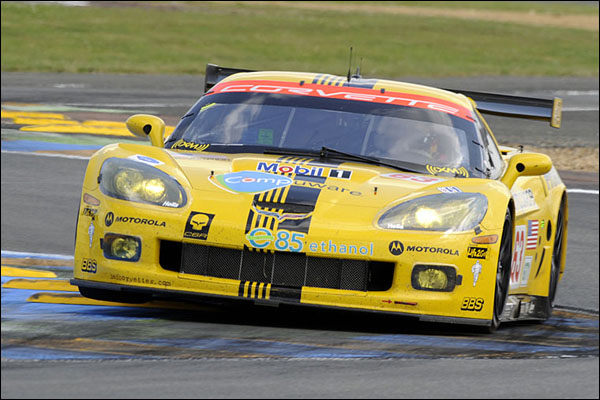 Product development, and particularly the reliability that initially differentiated Japanese manufacturers, has fundamentally altered the public perception of the car. Reliability in today’s cars is taken for granted. Dads no longer spend weekends tinkering with the family car; moreover, most people no longer have the skills to effect running repairs at the roadside, as the vehicles themselves have become increasingly complex. Back in the sixties, a holiday trip to the coast was a pretty serious undertaking; nowadays, many people don’t think twice about 100 mile commutes and regularly drive great distances. Not only has mobility changed, but the supporting landscape is perhaps more different than most realise, with the number of cars, the road infrastructure, and the demographics of those driving changing significantly.

How is this relevant to endurance racing? Back in the fifties and sixties, most cars were likely to break down, so there was real value to the manufacturers in demonstrating that their products were reliable and fast over 24 hours. The expectations today for the driver are very different – the improvements in reliability, safety and comfort of the family car are almost taken for granted. This presents a dilemma for manufacturers, or perhaps more specifically, their marketing teams and shareholders. Very public failures of a product get these people very nervous, and yet how to differentiate product in a marketplace where durability is a given? 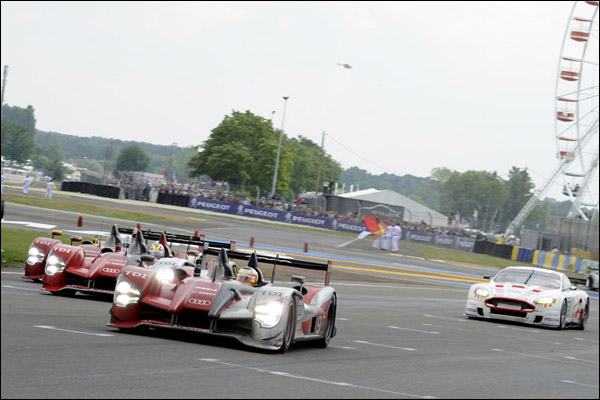 But therein lies the prize – the shape and future of motoring is changing in a much more fundamental way than at any time since the sixties. A big claim perhaps? Consider this: whilst the technologies of the racing car have evolved over time, the basic principle of four wheels, a steering wheel and an internal combustion engine at not just the pinnacle of the sport, but throughout its various flavours (almost), has been consistent. With increasing attention being focussed on emissions and noise, we are perhaps on the cusp of a new era of cars that are not solely defined by the internal combustion engine. New powertrain solutions will stretch the engineering envelope, not just in terms of durability but also efficiency. And for someone who gets a lump in his throat at the sound made by a small block Chevy, Rolls-Royce Merlin or Olympus jet engine, the view of Ulrich Baretsky and Ben Bowlby that noise is just wasted energy is an interesting, not to say uncomfortable point for the traditionalist. Does noise sell racing on TV? Probably not; and reducing noise in the environment, be it from your local airport or of tyre noise on a nearby motorway, is seen as being very important to an increasing number of people these days. 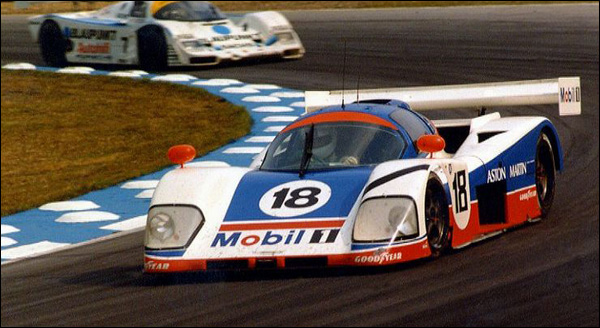 There is both an opportunity and a challenge for the automotive establishment here – and this just might be the future of endurance racing: an arena for manufacturers to demonstrate that their technology, and significantly, its transfer to the family car is superior to that of its competitors. For Peugeot and Toyota, this was undoubtedly key to the business case to go racing, and has been reflected in their road car line-up. Interestingly, it is Audi, that whilst dominating, might just have gone down the wrong avenue as diesels fall from favour due to concerns over particulates, and whose product line-up is conspicuous by the omission of a hybrid offering. It is no coincidence that both Ferrari and Porsche are developing hybrid technologies, and it will be fascinating to see who triumphs as they develop this technology.

So, a scenario is unfolding whereby the manufacturers anticipate a global audience, and the general public could be intrigued by the likes of Porsche and Ferrari going head to head.

The inspiration for this article came from Ian Wagstaff drawing attention to the divergence of Formula 1 from the rest of motor sporting endeavour, with the emphasis on the commercial aspects of Formula 1, but can F1 perhaps teach motorsport (particularly endurance racing) something in terms of product packaging in a competitive marketplace? Looking at Saturday night TV, the F1 show is not dissimilar to Strictly or X-Factor in terms of profiling the competitors and developing their on-screen personas. Are the drivers in endurance racing any less interesting? Are the team rivalries any less intense? Of course not, but it is something that perhaps hasn’t been developed in the same way. Even at Le Mans, the TV coverage misses many of these intriguing subplots, content that could easily be used to keep audiences involved during lengthy safety car interventions (if they happen in future – PT).

Where did it all go wrong? Maybe it did or maybe it didn’t, or maybe the world around it changed without us really noticing. But nothing ever stays the same, and perhaps endurance racing has almost by accident found itself becoming relevant again to the wider world. Does a new Golden Age beckon? I certainly hope so!