Double Gold medal winning Paralympian, ex F1, Champcar and touring car star Alex Zanardi is returning to motorsport in 2014 with a deal announced this morning that will see the hugely popular Italian join ROAL Motorsport for the 2014 Blancpain Sprint Series in a BMW Z4 GT3. 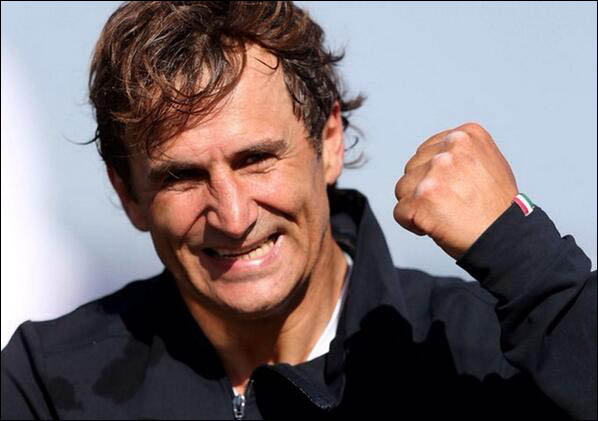 The deal sees Zanardi return to the BMW fold for the first time since 2009 when he ended an association with the marque that netted him four WTCC race wins, a stunning achievement after his terrible accident at the Lausitzring in 2001 that saw him lose both legs.

“Alex is back! I cannot express how delighted I am that one of the greatest heroes in the history of BMW Motorsport is returning to the cockpit of one of our racing cars.

“From both a human and a sporting aspect, Alex is a role model to all of us. I am sure he will approach this new challenge in the Blancpain GT Sprint Series in the same manner we have become accustomed to from him. You can really sense just how much he has missed competing on four wheels. Modifying the BMW Z4 GT3 is a challenge for our engineers. However, we gained valuable experience in this regard when we modified the BMW M3 DTM in 2012, and that will come in very useful now. As far as we are concerned, there is nothing preventing Alex from making a successful comeback.” 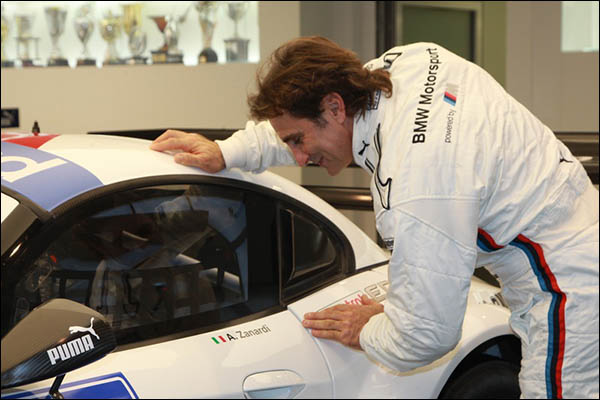 “Even after leaving the sport in 2009, I was still a racing driver at heart,” he said. “When I took to the track in the BMW M3 DTM at the end of 2012, I immediately got itchy fingers again. Ever since that moment I have been toying with the idea of returning to motor racing. Together with BMW we have looked at various options. I am even more pleased that it has worked out with my old friends at ROAL Motorsport. I would like to say a big thank you to BMW for this unique opportunity.”

Zanardi raced for the team belonging to former BMW DTM champion Roberto Ravaglia in the FIA European Touring Car Championship ETCC when he made his first comeback in 2003. Back then, a BMW 320i was adapted to suit his special needs – Zanardi accelerates using his hand. The 1997 and 1998 ChampCar Champion raced successfully in the WTCC from 2005 on, claiming four victories at Oschersleben, Istanbul and Brno (two wins). Zanardi and ROAL Motorsport went their separate ways – for a while – at the end of the 2009 season.

“Alex and I have gone through so much together in motorsport. Therefore, I obviously did not hesitate when the opportunity arose to send him back into action for ROAL Motorsport in 2014,” said Ravaglia. “The sprints in the Blancpain GT Sprint Series are tailor-made for Alex. We will do everything in our power to give him a strong car, with which he can reproduce the performances and success we have seen from him in the past.”

The 2014 Blancpain GT Series season features both endurance and sprint races. Zanardi will drive one of the two ROAL Motorsport BMW Z4 GT3s in six of the seven sprint races, which each last one hour.

It isn’t of course, the first time that Alex will have raced in GT machinery, he raced for Team Lotus in the BPR, famously humbling the then current GT1 machinery when wet weather allowed in a rather less exotic Lotus Esprit 300.