While the 66th running of the 24 Hours of Spa is still six months away SRO Motorsports Group has announced one of the first one-off entries for the Blancpain Endurance Series blue riband event. Australian GT Championship team Lago Racing has confirmed its entry for the Total 24 Hours of Spa on July 23-27. 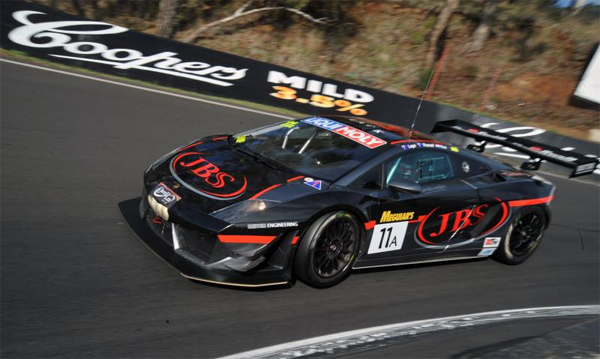 Lago Racing’s entry is the first Australian entry since Juniper Racing raced its Porsche 911 GT3 RSR in the event in 2008. The team is set to race at Spa-Francorchamps with its Lamborghini Gallardo LP560-4 and an all-Australian driver lineup. The team’s regular drivers Roger Lago and David Russell will be joined by fellow Australians Steven Richards and Steven Owen.

“After we had a successful 2013 Sepang 12 hour-race last September finishing 2nd overall, my next goal was to try a 24-hour race. I have wanted to race at Spa for a very long time, so this year I have an opportunity to do both,” commented driver/team owner Roger Lago. “I am really looking forward to it. Reiter Engineering will be assisting my team in many different areas at Spa, not just on the track. My three Australian co-drivers and I can’t wait to arrive and cut some laps on one of the best tracks in the world.”