First official details of the new for 2014 Toyota TS040 have been revealed.

A pair of the new LMP1 machines have been entered for the full 2014 FIA WEC. 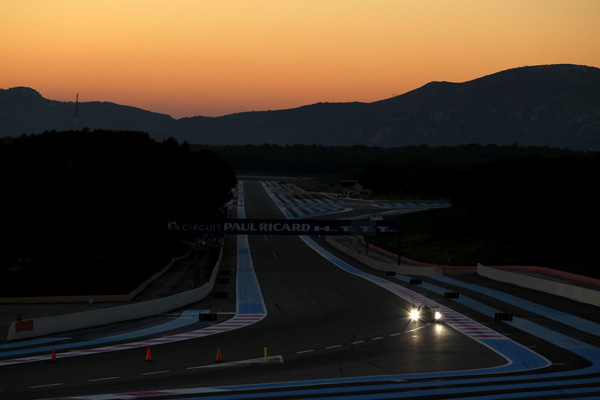 The TS040 Hybrid prototype has been designed according to the new 2014 regulations, another big step forward in the development of safety and efficiency.

TS040’s first public appearance will come at the WEC official test session on 28-29 March when it will take to the track alongside prototypes from Audi and Porsche for the first time.

The addition of an Aisin AW motor/generator on the front axle of the TS040, in combination with the Denso unit at the rear, means the Toyota Hybrid System – Racing now provides power to all four wheels. 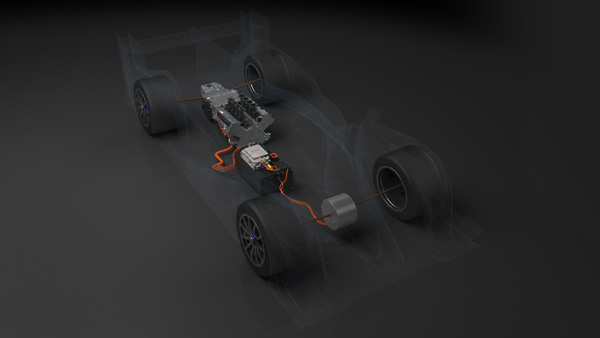 That four-wheel-drive hybrid power is allied to a petrol-powered V8 engine, both having been developed by Motor Sports Unit Development Division at the Higashifuji technical centre, where next generation Toyota road car technology is also under development. 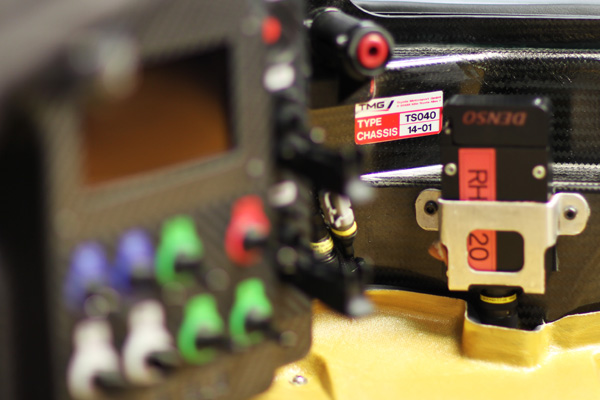 Such a link between motorsport technology and future road cars is fundamental to Toyota Racing, with the TS040 Hybrid, like its predecessor, acting as a real-life test bench for Toyota’s latest hybrid concepts. Toyota has already sold 6million hybrid road cars since the launch of the Prius in 1997.

The TS040 Hybrid chassis is designed, developed, manufactured, built and operated by Toyota Motorsport GmbH (TMG) in Cologne. It represents a major evolution on the TS030 Hybrid thanks to advanced aerodynamics and lightweight design.

New regulations with revised dimensions have made the 2014-generation LMP1 cars narrower by 10cm while measures such as wheel tethers and a rear crash box have further increased safety.

Intensive simulation and calculation work at TMG has refined the TS040 Hybrid, utilising hardware-in-the-loop technology to test individual components based on real track data and powerful calculation computers to optimise designs.
Such cutting-edge techniques are significantly more efficient than track testing, allowing TMG engineers to continue optimising all aspects of the TS040 Hybrid chassis and lay-out for longer than rivals relying on traditional methods.

Development of the TS040 Hybrid has been completed alongside a range of external motorsport and automotive projects running concurrently at TMG, for third-party clients and Toyota Motor Corporation.

The car completed a successful roll-out at Paul Ricard earlier this month (21-23 January), with Alex Wurz and Anthony Davidson driving. Further testing is planned prior to the season-opening Six Hours of Silverstone (20 April). 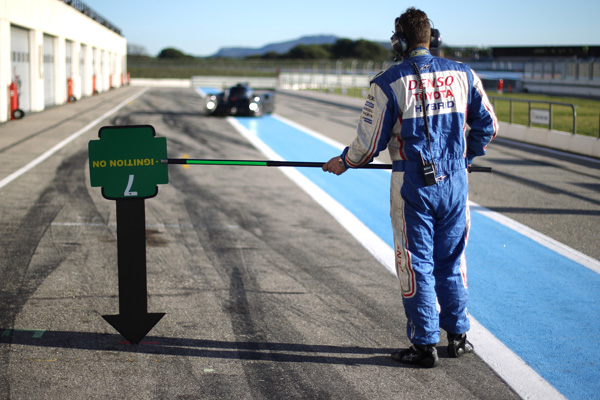 More details about the TS040 Hybrid, including technical specifications, will be released immediately prior to the 28-29 official WEC test.

“We are very much looking forward to this new season with our new car, the TS040 Hybrid. The 2014 season is an important one for Toyota Racing; after two years we have built up a lot of experience and now, with new regulations, all teams start from a level playing field. This is an exciting challenge for us and one we are determined to succeed in. Those new regulations confirm that the FIA World Endurance Championship is the proving ground for advanced road-relevant technology in motorsport and this fits perfectly with our approach. We are competing in order to test the latest hybrid technology in the most extreme motorsport environments and this has a direct influence on future road car technology. This year we will benefit from a four-wheel drive hybrid system using our proven super-capacitor storage solution and this will provide a very substantial acceleration boost. It will be fascinating to see how the various solutions compare; personally I can’t wait to get started.”

“The TS040 Hybrid is the result of more than one year of development at TMG. We started the first design studies back in November 2012 and gradually increased our efforts on this car, with our energies becoming fully focused on the TS040 Hybrid D soon after Le Mans last year. We are very lucky at TMG to possess such advanced calculation and simulation technology which allows us to develop a car in the virtual world. This enables more pure development work to be completed on the design before a car is even built and this is even more significant when managing a major regulation change like we faced for 2014. The TS040 Hybrid is a major evolution compared to its predecessor, which was already very efficient aerodynamically and mechanically; we have high hopes for it and we’re looking forward to the start of the season.”