Ahead of the Japanese manufacturer’s first ever works entry in the Bathurst 12 hours, and with Nissan now engaged on a major campaign in sports car racing, DSC’s Australian correspondent David Greenhalgh charts the company’s involvement over the past thirty years.

Nissan is one of the few marques which has actively decided to concentrate its efforts over the years more on sports car racing than on other branches of the sport.

As early as the 1960s, Nissan already had a very busy competition department in America, whose specific aim was to assist the numerous privateers who wanted to race their Datsuns. This approach was rewarded with a long series of successes in SCCA and IMSA series during the 1970s and 80s. 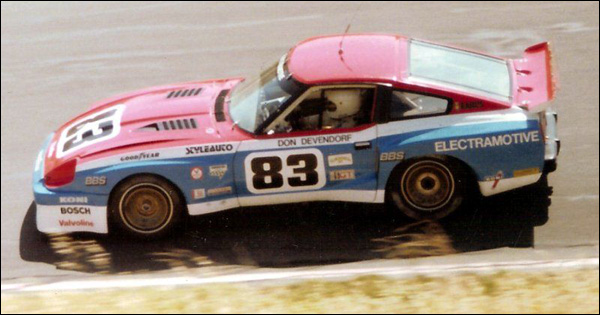 One of the most successful drivers of the period was Don Devendorf, who would turn out to be a very significant figure in Nissan’s American history. His Electramotive company was steadily building its reputation, and indeed pulled off something of a coup at the 1981 Daytona 24 Hours, the very first race in the new World Endurance Championship.

Devendorf prepared a Datsun 280ZX, but at best it was going to be a class contender: it lined up just 42nd on the grid. But it kept running when many quicker cars failed, and moved up to an astonishing fourth outright at the flag. Nissan was starting to make its mark.

By way of contrast, Datsun participation in frontline European sports car racing of the time had remained all but non-existent. The marque had made its Le Mans debut back in 1975, when privateer André Haller entered his Group 4 240Z, finishing 26th. Tragically, Haller was killed in the car 12 months later, when he crashed at the Mulsanne kink on Saturday evening.

As it turned out, no Datsun or Nissan was then to be seen at Le Mans until 1986. By then, the Nissan motorsport landscape looked very different.

In September 1984, Nissan Motorsports International (NISMO) was established. Its original aim was to design, develop and enter Nissan race and rally cars, but its attention soon shifted to a specific concentration on sports car racing. And it approached the task with a vengeance, launching two major campaigns which it turned out would produce very different results.

By far the more successful was the American campaign, which stands as the company’s greatest achievement in sports car racing. In 1981, IMSA had taken a big step up by introducing the GT-P class for prototypes, to accompany the introduction of Group C in Europe. 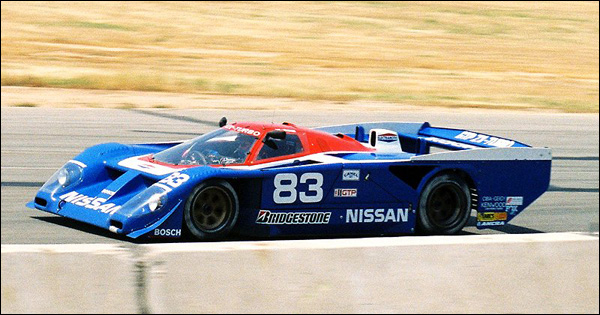 In 1985, Nissan duly accepted this challenge, wisely reducing the risk by asking their old friend Don Devendorf to run the programme. Devendorf started with a Lola T810, adapting the bodywork and cooling in various ways, while his engine man John Knepp massively modified the V6 engine which was used in production Z-cars by adding a turbo, an aluminium block and substantially changing the electronics.

This car, the ZX-T, debuted at Laguna Seca in May 1985, but it was not until March 1987 at Miami that it finally won a race. But the competition of the time was extremely strong: it was drivers of the calibre of Jochen Mass, Klaus Ludwig, Al Holbert and Derek Bell, most of them armed with Porsche 962s, who were keeping Nissan from the chequered flag.

In 1988, the tide turned. New regulations were introduced to restrict horsepower by way of restrictor plates. John Knepp duly sharpened his pencil, adapted an electronically-controlled turbocharger wastegate in the management system – and transformed his cars into winners.

Geoff Brabham won nine of the 14 races, and romped to the title. He achieved similar domination in 1989 – and this time Nissan even took on the Daytona 24 Hours and Sebring 12 Hours, having skipped both blue-ribbon events in 1988 due to concerns the car was fundamentally designed for short races.

For 1990, Nissan bought out Electramotive, created Nissan Performance Technology (which had an impressive 250 employees), and unveiled a new car, the NPT-90. It featured very substantially revised aerodynamics and engine, but various distractions during the season meant it did not achieve the level of dominance of the ZX-T. It was good enough, however, for Brabham to claim his third successive title, and even hold on for a fourth win in 1991 despite increasingly strong competition from the Eagle-Toyotas. 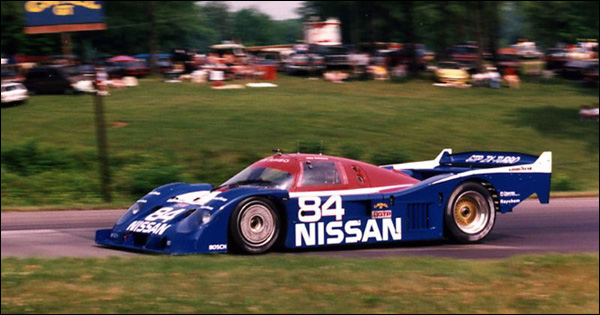 When the GT-P category then fizzled out, Nissan still had a strong presence in the GT-S category through another works-supported team, Clayton Cunningham. In 1994, that team’s 300ZX achieved the remarkable “60 hour treble” of winning Daytona and Sebring outright, and winning their class (fifth outright) at Le Mans.

But the Sarthe had generally been a far from happy hunting ground for Nissan. While its American campaign had been very successful, NISMO’s second big project – its attack on the WEC and especially Le Mans – had not gone nearly so smoothly.

It started with a bang – in more ways than one – when the company won a round of the WEC in its first year, at Fuji in 1985. Two March 85Gs had been converted into Nissans and although semi-works cars, were entered in the names of Kazuyoshi Hoshino and Masahiro Hasemi.

Hoshino’s car was involved in a bizarre incident in practice, when a small fire started with Keiji Matsumoto at the helm. Stepping out unharmed, he overlooked the small detail of putting it in gear, so it duly rolled down a hill and collided with a rather startled James Weaver (Toyota). It must be the only time in World Championship history where one of the cars involved in a collision was (a) on fire (b) moving and (c) did not have a driver on board.

Hoshino nevertheless placed the car third on the grid, behind the works Porsches but ahead of the rest. Come race day, Hoshino’s task was made much easier when nearly half the field, including the factory Porsches and Jaguars, withdrew from the race due to torrential rain. Hoshino went on to win.

Le Mans in 1986 was even more eventful for Nissan; in fact, it ranks right up there with the most shambolic attempts at the race ever made by a works team. The team manager was not told about a crucial weakness in the crankshaft; behind his back, rev limiters were fitted to drastically reduce the top speed in the hope the engine would survive; this was discovered and over-ruled – so both cars blew their engine in practice; and during the meeting, the team manager persuaded NISMO to double James Weaver’s driving fee because he was being treated so badly by the chronic infighting. 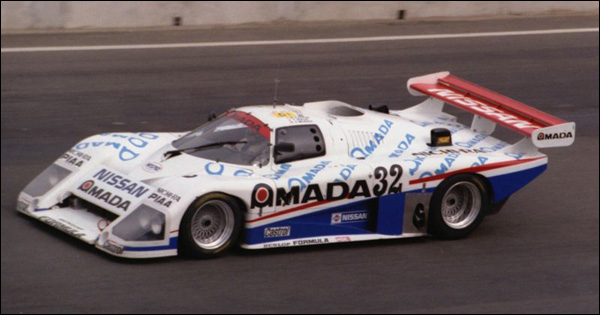 Then to top it all, after the first car predictably broke its crankshaft on Saturday evening, one of its drivers was transferred into the second car. This took to four the number of drivers in that car, committing the team to making a grovelling plea to the ACO to avoid being disqualified for having more than three drivers. Despite everything, that car finished 16th – but it was hardly one of Nissan’s finest (24) hours.

All three cars DNF’d in 1987, only one of the four reached the flag in 1988, and all three again failed in 1989. The company upped the ante with a seven-car attack in 1990, which produced Mark Blundell’s blistering pole lap but a best result of just fifth in the race. 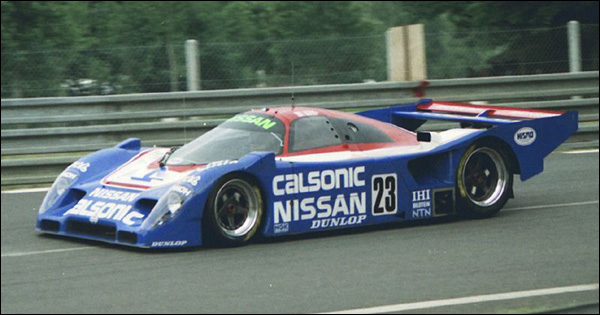 After that massive effort had failed, the company largely turned away from Group C, returning to Le Mans when the new GT regs were introduced later in the decade. Nissan’s dedication to the race was finally rewarded in 1998, when their four R390s finished in the top 10, with the best of them in third.

The company then retreated from the race until 2012, when it made a large-scale return by supplying engines to 14 cars. The effort was expanded to 17 in 2013, being rewarded with an impressive 1-2-3-4 in the LMP2 class. Nissan will be running its ZEOD experimental car in the 2014 24 Hours, and will take on one of the biggest technical challenges anywhere in motor sport by stepping up to LMP1 with its own chassis in 2015.

Closer to home, Nissan drivers also won the All-Japan Sports Prototype Championship in 1990 and 1991. But with Group C by then dying worldwide, the company turned its attention to the new Japanese GT Championship.

These last three wins were achieved with the R35 GT-R, a fearsome beast whose road car cousin had been launched in 2007 with what could only be described as startling specifications – just like the R32 nearly 20 years earlier.

But unlike the R32, it was always Nissan’s intention to campaign the R35 extensively in Europe. After putting a toe in the water in 2009, Nissan supported two teams (Sumo Power and Swiss Racing) in the 2010 GT1 World Championship. The results were disappointing, although Sumo did at least win the Tourist Trophy. 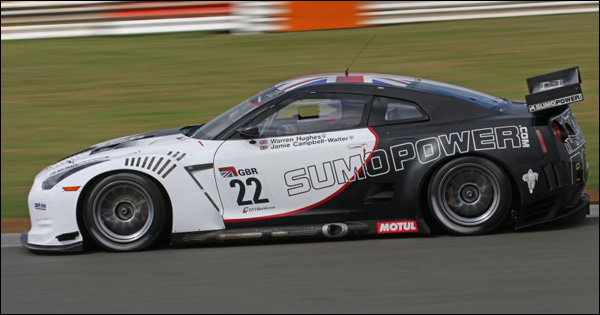 For 2011, Swiss switched to Lamborghinis, leaving JR Motorsport, who were already in partnership with Sumo, to fill the breach. They did so in fine style, as Michael Krumm/Lucas Luhr swept to a very convincing title victory.

But the writing was clearly on the wall: GT1 had become an orphan category, while GT3 was going from strength to strength around the world. JRM and NISMO duly unveiled their GT3 interpretation of the GT-R in late 2011, featuring a twin-turbo, 3.8-litre engine, producing somewhere upward of 405 kW. The 2013 upgrade included various tweaks to the engine, suspension and aerodynamics. On paper, the car should be competitive with category benchmarks like the Audi R8 and Mercedes-Benz SLS.

But the car has met with only moderate success to date. Lucas Ordonez – a graduate of the intriguing virtual-to-reality Nissan GT Academy programme – won the Pro-Am section of the 2013 Blancpain Endurance Series, and he and Alex Buncombe also ran strongly at times in the Pro-Am section of the 2013 FIA GT Championship. However, that is not the same as contending for the outright titles.

But their time may come. The whole story of Nissan has been one of dedication to sports car racing, perseverance through some bad times, and often finding a way to eventual success. Both their commitment to the category, and their level of achievement, should be warmly applauded. 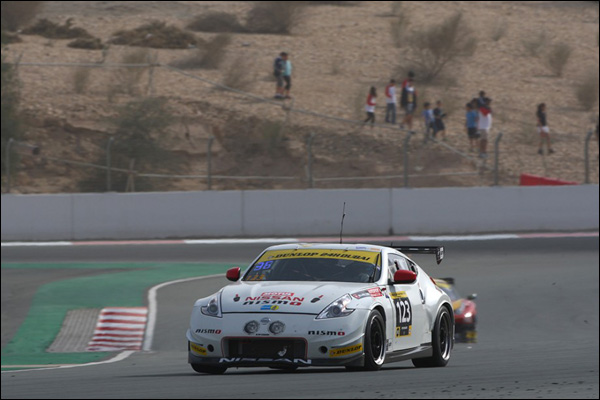