Aston Martin is running its largest motorsport programme to-date this year as it marks a decade Aston Martin racing. 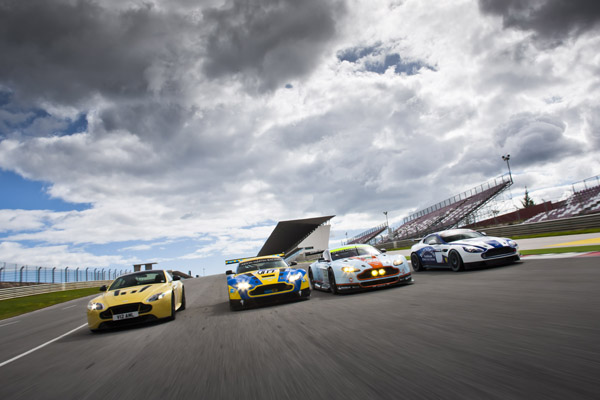 2014 will see the world’s coolest brand mount the most extensive motorsport campaign in its 101-year history – and the FIA World Endurance Championship (WEC) will once again be the highlight of the calendar, as the team fields four V8 Vantage GTEs in the full season, and as many as seven cars at the 24 Hours of Le Mans.

This campaign will be complimented by a pair of the top 24 Hour GT races in the world, the Nürburgring 24 Hours (N24) and Spa 24 Hours in the V12 Vantage GT3.

The success of the Vantage GT3, launched at the start of 2012, has encouraged Aston Martin to increase its factory team’s focus on GT3 racing. Now in its third year of a five-year plan to win the ADAC Nürburgring 24, the works team will once again field its Bilstein-liveried Vantage GT3. The V12 charger will be piloted by long-standing works drivers Darren Turner and Stefan Mücke, who will be joined by five-times N24-winner Pedro Lamy . 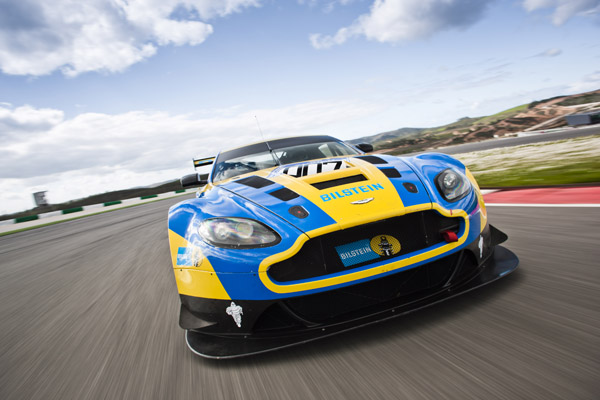 “We are ramping up our focus on our GT3 activities as this enables us to compete for outright victory in some of the world’s toughest endurance races, such as N24, but the WEC campaign with the V8-powered Vantage GTE will once again be the backbone of our motorsport activity in 2014.”

Returning to make a full-season assault on the WEC, after narrowly missing out on the world championship title in 2013, is the #97 Gulf-liveried Vantage GTE of Turner and Mücke. Having been with Aston Martin Racing since its inception in 2004, Turner joins the team in celebrating the tenth anniversary. 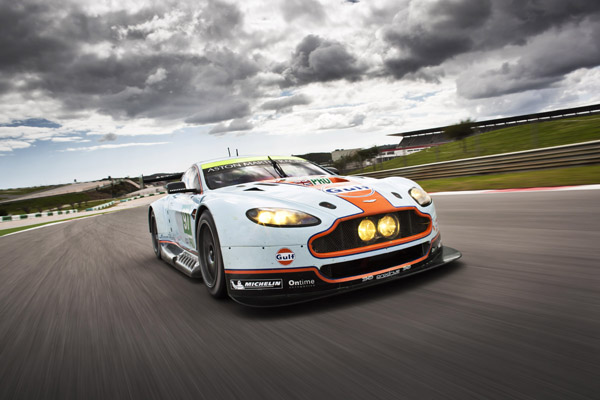 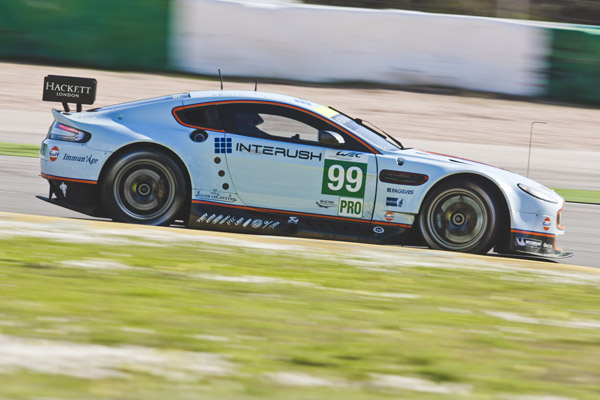 “The test went really well in Portimao, and we have another test planned soon,” said Rees (seen below at Portimao with Alex Macdowall). “The team is working really hard and I am really happy to continue in the WEC and be part of the Aston Martin Racing family.” 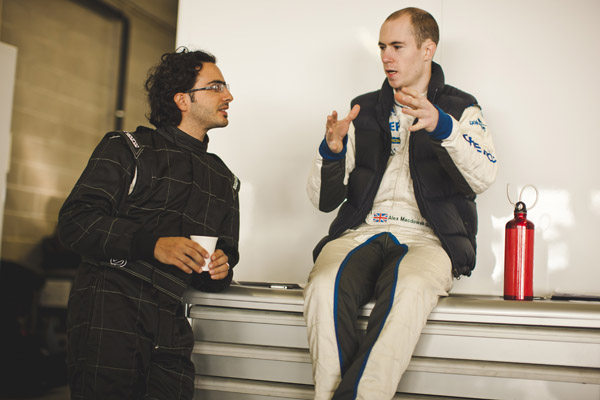 In the third WEC entry, the all-Danish #95 Young Driver car, David Heinemeier-Hansson will join last year’s drivers Kristian Poulsen, Christoffer Nygaard and Nicki Thiim, who will compete at selected rounds due to clashes with other commitments. 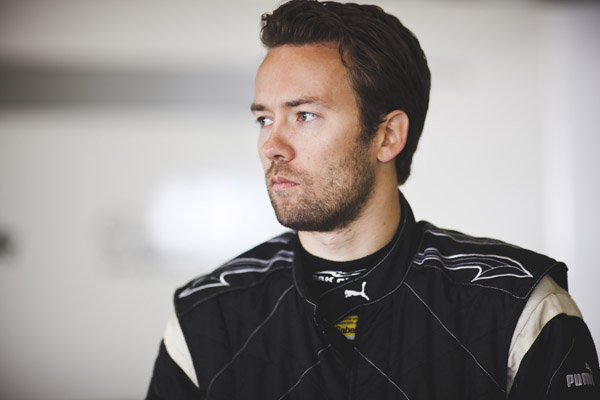 Also in the GTE-Am class, a fourth Vantage GTE will compete, with the team driving alongside experienced Canadian Paul Dalla Lana to be confirmed at a later date.

The drivers for the 24 Hours of Le Mans, the fourth round of the WEC and the highest profile endurance race in the world, will also be confirmed nearer the time, but the team has announced that Bruno Senna will make his return following a successful race in 2013.

The team also plans to enter a V12 Vantage GT3 in the Silverstone round of the Blancpain Endurance Series (BES) as well as having a works team entry in the championship’s toughest endurance round, Spa 24 Hours.

“Our GT3 has been extremely successful,” comments Gaw. “We launched it back in early 2012 as a well-developed machine and this allowed customer teams to win races from the off-set and meant that they were spared costly upgrades at the end of the year. Last year, the GT3’s performance in the Asian Le Mans Series granted Craft Racing a 24 Hours of Le Mans entry and it won the British GT Championship with Beechdean AMR. It also led N24 for 13 hours and set pole at Spa 24 Hours. We hope to build on this success in 2014.”

Increased support will also be offered to GT3 customers competing in the British GT Championship, including last year’s winners Beechdean AMR; championship contenders MP Motorsport; new partner team TF Sport, which will increase its entry from one car to two; and Motorbase Performance, which will enter a pair of new GT3s. Aston Martin Racing will also assist Beechdean AMR’s title challenge for the GT4 class with its new V8-powered Vantage GT4, the 100th off the production line. 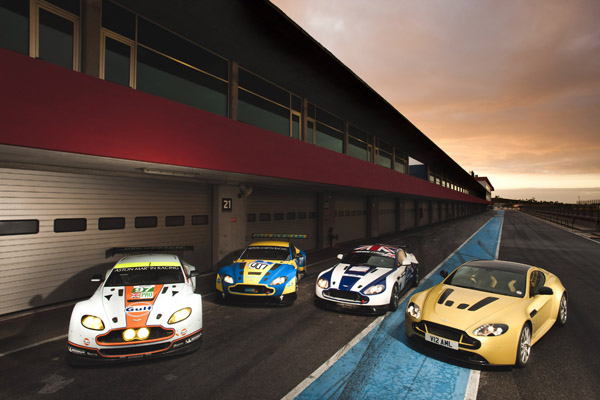 Further adding to the Aston Martin presence at British GT Championship rounds, the popular GT4 challenge, now in its fourth year, becomes a support race to the Britain’s premier GT championship. Not only that, but the enduring popularity of the Vantage GT4 is further underlined by the launch of a GT4 Challenge in North America with the support of TRG-AMR.