Johannes Gauglica reports that a very well attended press conference earlier today has confirmed that the successful bidder for the Nurburgring tracks (F1 and Nordschliefe is Capricorn Nürburgring GmbH, managed by Dr. Robertino Wild, the Capricorn group founder/CEO, and Adam Osieka a VLN racer of some repute. 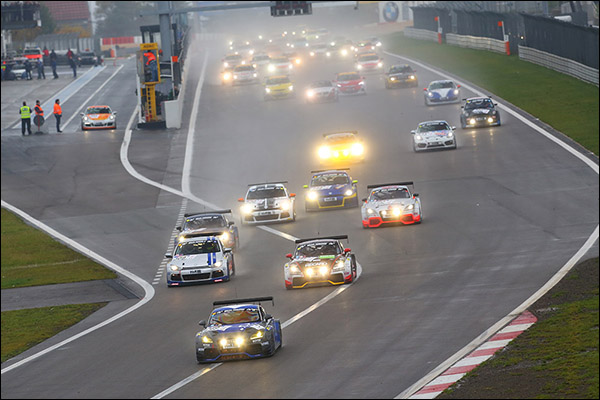 Capricorn is a manufacturing supplier for the automotive, aerospace and other high tech industries. The plan is that Capricorn Nürburgring GmbH will take over the operation of the Nürburgring on January 1, 2015.

The decision took longer than expected, says Jens Lieser, the publicly appointed administrator for the insolvent Nürburgring GmbH, who together with the company’s transition CEO Thomas E. Schmidt is currently in charge of Nürburgring GmbH and with consultancy from KPMG has carried out the sale; and it was a well-founded and hard-fought decision.

Lieser is confident that Capricorn’s bid will satisfy both European law and also be in the best interest of the region. Until that time, the current Ring operator NBG will close out the 2014 season which is secured and going very well due to the good weather.

Effective now, the investor Capricorn will negotiate and close deals for the 2015 season for which there are already interested parties. The contract is signed, but the deal is conditional to a ruling by the EU Commission with regard to the restitution of alleged illicit subsidies into Nürburgring GmbH by the former owner, the state of Rheinland-Palatinate. According to what was said in the press conference, if the buyer is liable for this restitution as per the EU ruling, the deal is in jeopardy. Lieser & Schmidt are confident that this ruling will be a positive one for the buyer, and will come in a timely fashion, i.e. till the end of 2014.

The overall transaction volume is given as “more than 100 million euros“, with 77 million as the actual sales price. This is a disappointment for Lieser and Schmidt who had stated a goal of a three-digit-amount, in million Euros. Another “up to“ 25 million will be investment into the Nürburgring, esp. the tracks as such.

In the latter stages of the (very long!) process a rather more more mysterious bid emerged – at least in the very active “rumour sphere“ surrounding the Ring sale, as late indeed as the day before the announcement.

German media reports suggest that local business owners sought to augment the ADAC’s bid – 30 million solely for the racetracks itself – with a 15 million Euro bid for the rest of the facility. It is not clear if this particular bid in fact existed. The administrators stated that an additional offer did come in, but it was only an indicative offer without the submission of any detailed information that would have allowed an evaluation.

Reports have also indicated that the creditors‘ meeting to decide on the small matter of who the buyer should be was called less than 24 hours before the press conference. The press conference itself was postponed twice, by over 3 hours altogether, which would indicate that behind closed doors, the decision was not as foregone a conclusion as the administrators had perhaps hoped it would be.

The decision itself certainly came as a surprise to some; instead of the highest bidder, US based HIG Capital, the German Capricorn Automotive group ended up getting the nod. In the weeks running up to this decision, what little information had reached the public indicated that Capricorn offered less money but had a more detailed plan as to the operation of the Ring complex going forward, whereas HIG was willing to put more money on the table and also talked about achieving a 15-20% profit per annum.

Also, Capricorn’s approach promises to create employment in the region.

Capricorn wants to not only continue the current business on and around the Ring, with the tracks itself (races, industry testing, events) and the tourism/entertainment around it; but also establish what it calls an industry cluster, an industrial estate mainly – but not only – for the automotive industry. There is an industrial estate in close vicinity to the Ring, and several regional businesses serve the industry; but this will be the first time the Ring itself will try to attract such business.

Lieser says his job was always to achieve the highest possible price; but that the price is fair and reflects the current value of the property, as well as give the investor the chance to continue the operation without restrictions.

“If we had not carried out the sale, the Nürburgring would likely have had to be shut down at the end of the year according to EU legal requirements,” added Thomas E. Schmidt. “It was a difficult and long day with intense deliberation, but this decision allows for an optimistic outlook on the Nürburgring’s future,” he said before commending the Ring employees for doing good work in a period of great uncertainty. All employees will transition from their current employer NBG (Nürburgring Betriebsgesellschaft, the track operator as opposed to the insolvent track owner Nürburgring GmbH) to the new company.

Robertino Wild, who confessed to be somewhat baffled by the media interest in this matter, names Silverstone and Magny Cours as models for what Capricorn will attempt to establish at the Ring. Racetracks attract automobiles, and the industry that comes with them. Automobile related technology in a broader sense, i.e. bio medical applications, as the automobile keeps evolving. Technology belongs on the Nürburgring, he says.

Adam Osieka is a racer with 25 years of experience on the Nürburgring (and incidentally a class champion in the 2013 VLN), he also operates a driving school and racing team on the Nordschleife. He addressed the dependence of local businesses on the Ring which led him to linking up with Capricorn and bidding for the Nürburgring. 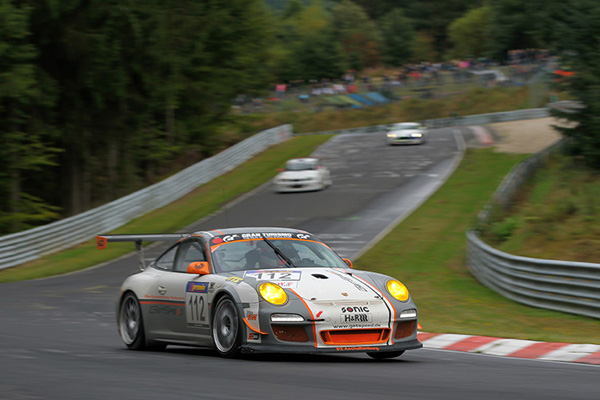 Capricorn was started by Robertino Wild and has been in business for about 30 years, currently with about 350 employees in four countries manufacturing mechanical components for automotive, aero and other „complex technology“ applications. 2003 they opened their first business close to the Nürburgring, a composite manufacturing facility in Adenau with initially two employees. This year, Capricorn will employ 100 people as one of Germany’s leading composite parts manufacturer, serving the German industry, esp. the VW group.

Mid-term, Capricorn will put its emphasis on the industry cluster but this will take time.

Immediately, the Grüne Hölle, an entertainment complex with several restaurants, bars and a dance club that is among the biggest money losers of the current Nürburgring complex is to close and looks set to be demolished with the now infamous “Ring Racer” rollercoaster, too set to disappear, possibly to be re-used elsewhere.

Both the hotels are operated by the Lindner group, the contract with whom is scheduled to terminate at the end of the year with talks set to begin with Lindner.

Capricorn will also be looking to secure the confidence of the Ring’s major, customers, this after an extended period of uncertainty and hesitation to commit to an insolvent partner.

For instance, the automotive industry pool, one of the major customers on the Ring who rents the Nordschleife for about 16 weeks of the year, needs long term commitment, and planning security, for developing its vehicles which lasts anywhere from 3 to 5 years.

Wild says that contrary to public belief, the Nürburgring as such is not and has never been a money losing business. While the short term strategy will be to cut spending on the operational side, it will not be immediately possible to add revenue. “We won’t reinvent the wheel on the Nürburgring,”

The Ring has clear avenues of income that cannot, as others have thought, be multiplied. Every diligent businessman must adjust spending to the expected revenue.

A large part of the projected investment sum (up to 25mill.) will go toward maintenance and improvement of the tracks, to bring them back up to current international standards in a timely fashion.

The other major investment will be independent from the daily operation of the Ring, to open new avenues of business, such as the aforementioned industry park. This will have to come from third parties willing to establish a presence there.

Capricorn has to date invested 20 million Euros in its own factory in Adenau, Wild is confident that other companies will follow this example and establish a presence at the Ring (in the future industrial estate), as e.g. Hyundai has recently done with its new R&D center. This will lead to the creation of year-round jobs.

Wild says yes to Formula 1, “as long as it remains affordable” – he believes that it will be economically viable, “even if no one will get rich with Formula 1.”

Beyond that Wild states that everything will continue in the familiar way. Tourist laps will continue, with adjustments to the pricing (lower rates on weekdays, etc.) The Nürburgring will remain accessible to the public, and amateur motorsports will continue; it is historically as much a part of the Nürburgring as other event.

Wild is aware of the responsibility the Ring has for those who are “indirectly employed“, the people who in one way or another make a living based on the Nürburgring’s presence – according to some statistics, up to 3000 people in the area.

“Many more people depend on the Nürburgring than are employed there.”

The company will establish an advisory group that will include the communities and experts from within the region to advise on the future development of the Ring in the interest of the region.