We wrote in the run up to the race of the potential for an historic tenth class win at the 12 Hours of Sebring for Alex Job Racing in the 25th anniversary year for Alex and Holly Job in sportscar racing.

Both the team’s cars were in contention for GTD class honours but their best hope, the #22 car, saw their hopes fade after the car was dealt a stop and hold for 80 seconds penalty for avoidable contact on the #49 GTD Ferrari based on a video feed from a roof mounted camera on the car guilty of the ‘offence’.

Unfortunately the stewards totally misidentified the car as the #22 car when in fact the car was one of the Porsche North America 911 RSRs, the major clues being the colour of the roof of the car and, in particular, the fact that the TV picture clearly showed the Michelin stickers on the roof of the car (the GTD cars run on spec Continentals) – Only the #912 car carried a roof camera. The incident came after a further contact incident with the same ferrari which, astonishingly wasn’t the #22 car either but the other factory GTLM Porsche! 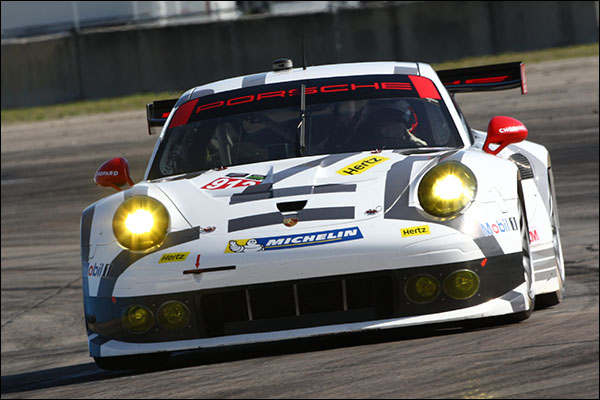 At the flag the #22 finished fourth in class 6.7 seconds back from the winning Magnus Porsche, the team justifiably livid at the error. 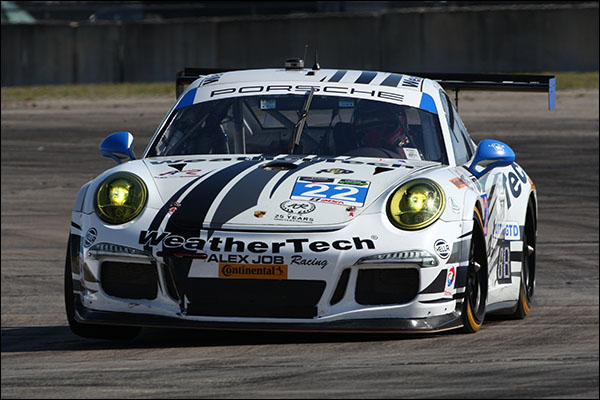 Astonishingly then the wrongly attributed penalty not only likely robbed a potential winner of a solid chance to win their class, but the failure also allowed the real guilty party to escape scot-free and go on to win the GTLM class.

To his credit IMSA’s Scot Elkins came to the media centre to offer apologies for the error, and to explain that whilst there was no way to adjust the time of the race or the result that the IMSA team had ‘learned lessons’ from the episode and would be putting measures in place to ensure that teams running in-car camera have the car’s running numbers clearly visible in shot.