We’re working on a number of new signings for the DSC team – and a number of new driver columnists too – After Dion von Moltke comes another here today, an it’s one we are delighted to welcome to these pages – Oliver Gavin

Welcome to my first column for DSC and hope you enjoy some of my news, views and ramblings from the year ahead.

I’d have liked to start by talking about how I celebrated back-to-back wins at Sebring but it didn’t quite work out like that…still, you’ve got to think positively haven’t you? We finished 6th in GTLM after being at the front for most of the race and it was definitely a case of so near and yet so far.

Our #4 Corvette C7.R is only in its second race but it’s clear to us that we are most definitely on the right track. We’ve worked hard in testing over the winter and in preparation with our engineers to make sure we’ve got a car that’s fast, points in all the right directions at the right time, brakes well and so on, and it’s only been niggly, new-car issues that have undone our races at both Daytona and Sebring. Things that come out of the blue – the gearbox problem at Daytona and a high pressure fuel pump glitch at Sebring – are hard to deal with at the best of times but, when it’s with only an hour of a 12-hour race to go, it’s even more frustrating! 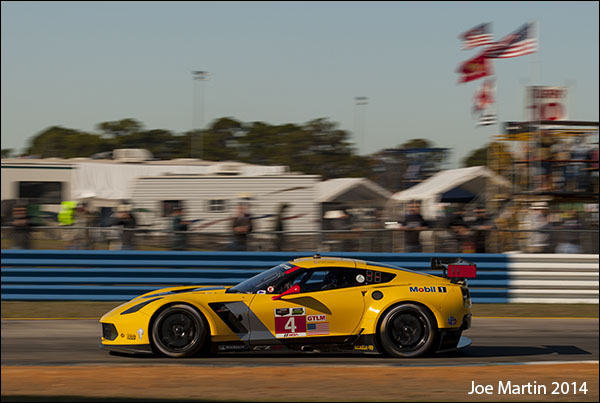 We’d had a reasonable qualifying and started the race from 4th on the GT grid but I got a good start and was running just behind the #912 Porsche until the first round of pit stops. Tommy [Milner] and Robin [Liddell] both did a great job in their stints and, for much of the race, we were leading or right up there so we were beginning to get up our hopes.

Robin was buoyed up from his win in the Continental Tire series race the day before, and Tommy did a fantastic job as always. I got fastest GTLM lap of the race just past the half way mark which was a small bonus. 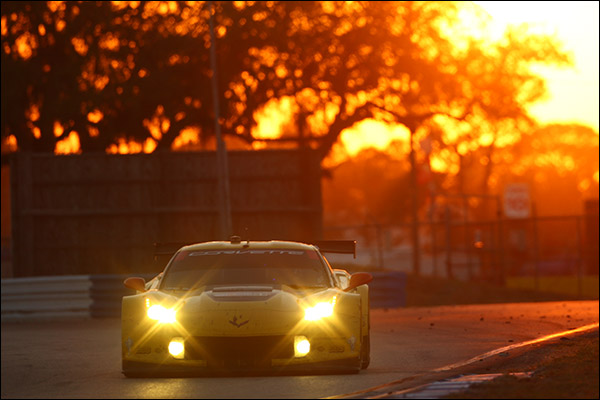 I got in the car toward the end to do the last couple of stints but had a couple of issues inside the cockpit with interior lights that we moved around after night practice. One of them was dazzling me and that, combined with the fact that I was moving around in the seat and hitting my head on the head rest made it hard to see where I was going and I had a bit of a spin at T17.

We then caught back up to the Viper and Porsche but, as I was right there with them, we started to have this problem with the engine as our team mates in the #3 Corvette had had. We were pushing harder and harder to try and keep up and I overdid it a bit coming out of Turn 5 and looped it off there – two spins in a race is, to be fair, a bit unusual for me but it was clear we had a problem. For 11 hours we had one of the quickest cars and were in a position to fight with anyone, but it all fell apart in the final hour. The positives are that every thing bodes well for the year, but we need a bit of luck. 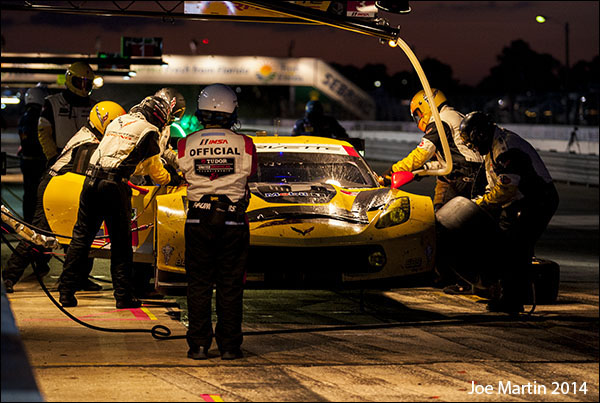 Mind you we weren’t the only ones to have problems and there was a record-equaling 11 full course caution periods or yellows which equated to over 5 hours of the race and made it a very stop-start affair; it was difficult to get into or keep a rhythm. I think some of them were down to the fact that there were over 60 cars running, the majority of which were running on a tyre which has got to operate in many different temperatures on many different circuits and might not best be suited to one particular track or another.

Quite clearly there were also many guys there who lacked experience at Sebring and in this particular race – it’s a tough, very physical and bumpy track, very technical in places and you only have to be slightly off line or run round and get sand on your tyres and all of a sudden you’re in real trouble.

There were a number of incidents where I think people’s hearts were in their mouths while watching the TV screens, whether it was spins or re-joining at inappropriate times, or just people being in the wrong place at the wrong time. A classic example of the last was the #52 PR1 Mathieson car of Frankie Montecalvo, the then class leader, which was pure bad luck for them. Some of it though was initiated by some very foolish driving and you have to hope the series is looking at that and will do something about it.

Onwards and upwards then as we look towards the 100-minute thrash around the streets of Long Beach. That might bring more yellows too, and we hope once again that they don’t involve us!