The always erudite and entertaining Johannes Gauglica brought this piece of commentary on the recently announced sale of the ‘Ring to the table – It’s well worth a read as we (hopefully) get to turn to the next chapter in a very sad and sorry tale of corporate and political mismanagement.

Media representatives and the audience of a live web stream had to wait an additional three hours before the press conference in Koblenz finally got under way.

Outside, a group of intrepid supporters rallied to prevent the inevitable: “Save it, don’t sell it”.

The Nürburgring was sold. But is it safe?

The transitional administrators Jens Lieser and Thomas E. Schmidt did what they have done so well throughout the process that will eventually net them a handy commission – smile, make polite noises, deflect. But clearly, this last stage of negotiations had not gone without a hitch. Two rival bids were on the table, one of which – by a group formed around U.S. based venture capital firm H.I.G. – had all but officially been given the nod.

A mysterious third bid emerged, according to rumours at least, involving the German automobile club ADAC; details (again) remained sketchy, and in the end, it made no difference.

While the media waited, and Ring supporters hoped, something happened behind closed doors. The creditors were called in, apparently on short notice, to sanction the sale, and they took their time.

It appears that this was where the decision was swung in the direction of the underdog bidder, a group led by German automobile supply company Capricorn, that offered less cash on the table, but a clearer concept for the future, both immediate and long-term, of the world famous venue.

The sale is subject to the EU Commission’s decision on the repayment of alleged illicit subsidies into the project; if the European Union does not demand that these funds be returned, which would be a massive burden for the buyer, ownership of the property will transfer on January 1, 2015.

Lieser and Schmidt smiled, and announced proudly that they had achieved their target of a “three-digit sum”, in million Euros – if only with some creative arithmetic: The actual sales price is 77 million Euros, with an additional “up to 25” million in much needed investment into the Ring facilities, especially the tracks themselves.

This is over 250 million short of what the gigantic “Nürburgring 2009 project” has cost taxpayers in the German state of Rheinland-Palatinate. As part of the immediate plans of Capricorn Nürburgring GmbH, some of what these 330 million bought them will be undone.

Best translated as “de-construction”, this is a diplomatic way of saying, “tear it down and start over.” The bulldozers will roll in the direction of the ‘Eifeldorf Grüne Hölle’ entertainment / party complex, the biggest money loser among all the money losers that make up ‘Nürburgring 2009’. 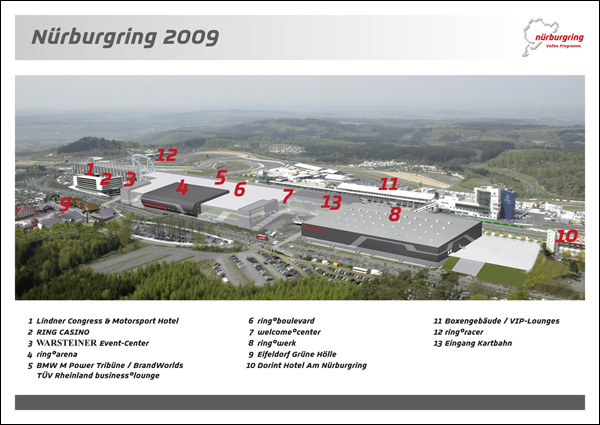 Restaurants, bars, a dance club, desperately oversized and all but five years old – they will make room for what is dubbed a “technology cluster”, an industrial estate that will try to attract automotive, and ultimately other tech-based, business.

Many major players are already at the Ring, in other industrial areas close by. Capricorn, which itself has a carbon fibre manufacturing plant with about 100 employees in the region, hopes to build on this trend and lure more of the world’s major OEMs and suppliers to the Eifel.

This “Aufbau” (construction) that follows the “Rückbau” will have to include improving relations with the automotive industry pool, the joint group of manufacturers that rents the Ring for 16 weeks each year, as its biggest customer.

It was announced that the current employees of operating firm NBG will be taken over by Capricorn Nürburgring, however Capricorn’s founder and CEO Robertino Wild also stated that a short-term measure to improve the Nürburgring’s financial performance will be to spend less, i.e. to cut cost. Usually, this involves reducing the workforce.

The two large hotels that are part of the complex are operated by the Lindner group, this contract expires at the end of the year.

Wild said he would enter into negotiations about these contracts “with an open mind”.

Still other jobs are less secure still; business people in the area are now confronted with a commercial entity that for the first time in the almost nine decades of its history, is, in fact, a private business.

It has to be profitable; and the businesses of the region are its rivals. Where H.I.G. talked about trying for a profit margin of at least 15% per annum, Capricorn has vowed to involve the surrounding communities’ economic and political leaders in talks, setting up an advisory group, and generally keeping the region’s benefit in mind; but the fact remains: The Ring is now a private company like any other.

This may erode the loyalty the locals have felt toward the track even more than the the actions of the leaseholders Richter and Lindner have already done since 2010. Not everyone in the Eifel loves racing, NIMBYs are everywhere, and now may be the right time to voice dismay. One group of die-hard Ring fans is certainly devastated by this recent development.

Saving the Ring vs. saving ones skin

Groups such as Save The Ring, Ja zum Nürburgring, and others, have done commendable work raising awareness for the matter even when it had not yet turned into a fully fledged political scandal. They kept speaking out against the sale until the very end – against any sale.

Even when this call was no longer realistic. Only a concerted effort by the state and federal governments, in conjunction with the European Union, could have exepmted the racetracks as such from the sales process; but it was clear early on that the political powers-that-be in Rheinland-Palatinate wanted nothing less than getting rid of the whole sordid affair once and for all.

The statements of current prime minister Mrs. Malu Dreyer illustrate just that; “mistakes were made”, but the matter is out of the government’s hands now. The opposition is making the most of the subject, with perfect 20/20 hindsight: never have Conservatives been heard to oppose privatisation so fervently.

Meanwhile, one of the key political players in the Nürburgring 2009 tragedy is facing up to four years in prison; former Rheinland-Palatinate state treasurer Ingolf Deubel is charged with embezzlement of public funds. Others, such as the Ring’s former omni-potent manager Walter Kafitz, are also on trial. Will they take the fall for a government that displayed a remarkable mix of vanity, greed and gullibility? 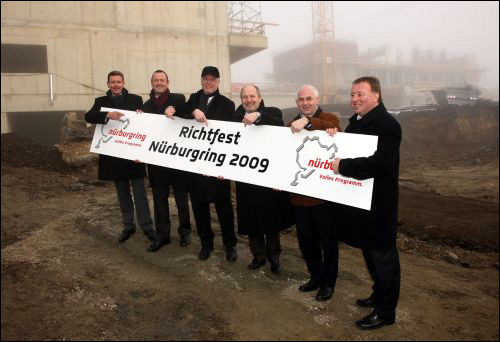 Deubel’s one-liner about the “excellent financing” that was perhaps too hard to undestand for the uninitiated has long entered the Eifel folklore, along with former prime minister Kurt Beck’s repeated protestations that Nürburgring 2009 would “not cost the taxpayer one cent”. He was certainly right – it cost the taxpayers much more by far.

The entire damage will emerge over the coming years. The stage is set for act four, or is it act five already?