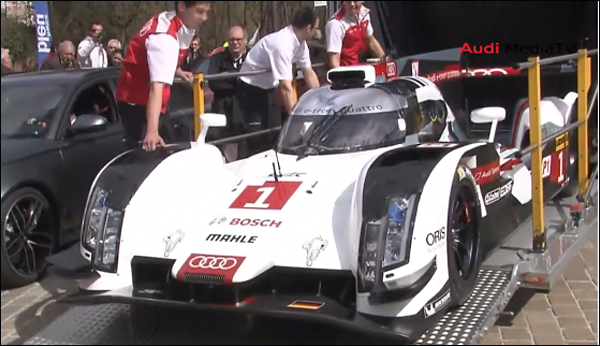 The day began with a very-well- attended autograph session by the factory drivers in the town centre, before a simulcast presentation on Audi TV began the formal proceedings. 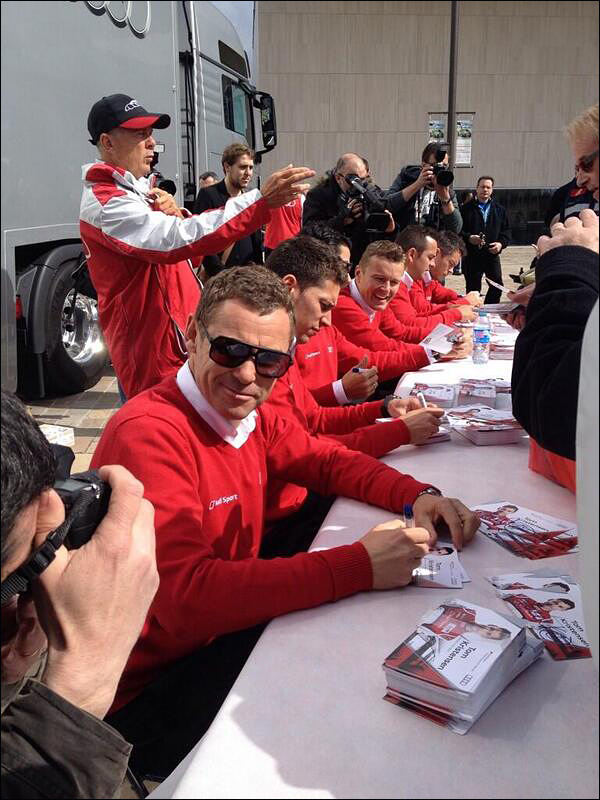 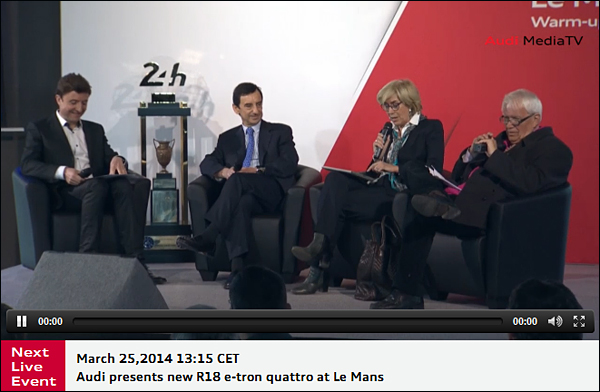 Explaining that Le Mans had been his ‘home’ since 1999, Dr Wolfgang Ullrich said that the new format seemed appropriate given the new rules for 2014.

TK then drove the car from the town centre to the Bugatti Circuit. 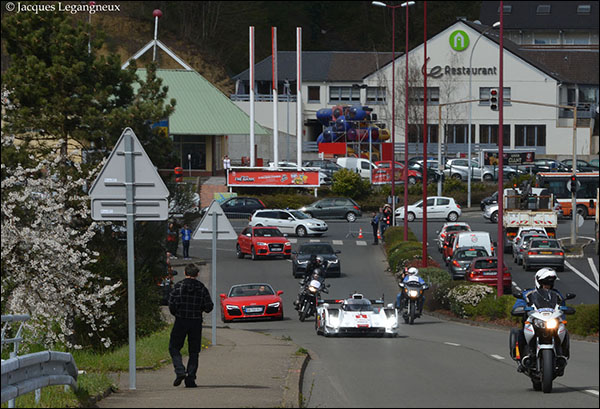 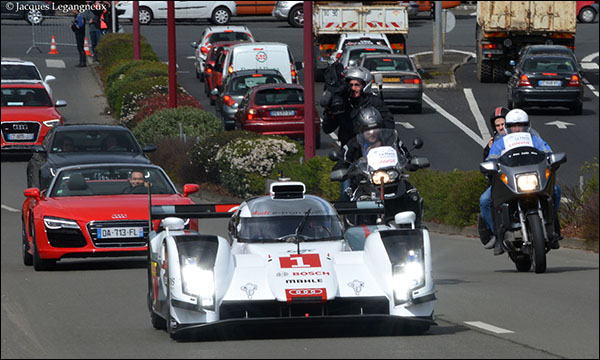 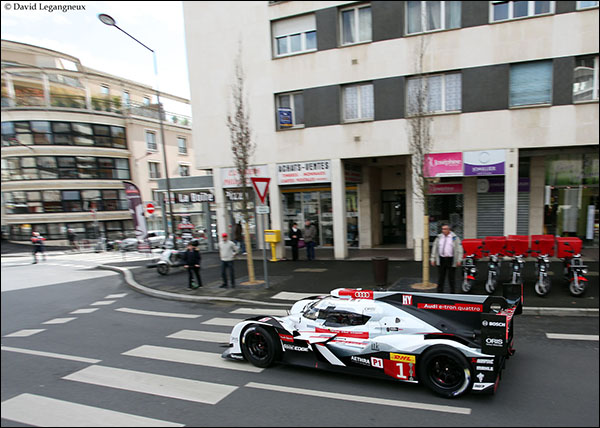 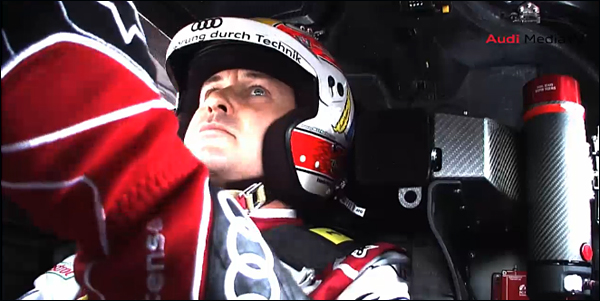 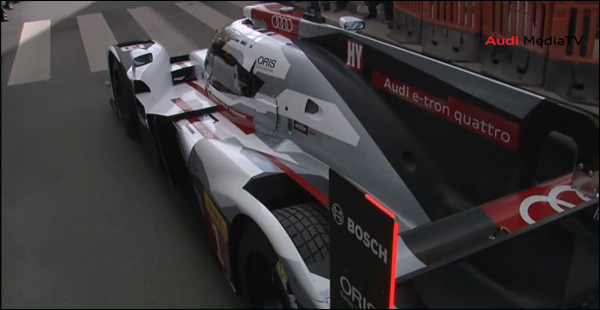 David Legangneux is on hand in Le Mans for DSC and we’ll have full details of the new car and more images later today.