A couple of updates from this morning – G-Drive actually completed three out-in cycles without completing a flying lap as the team chased a minor problem. They opted to take the time to fix that and did not run this morning in anger.

All three drivers though are here and all will get some running for the remainder of the day. 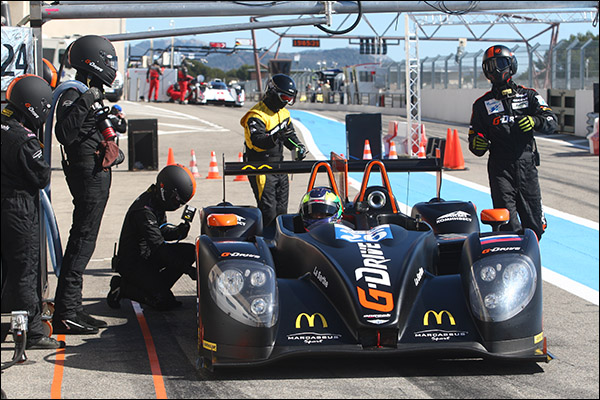 KCMG’s brand new Oreca Nissan only arrived from the factory on Thursday afternoon and the team spent this morning effectively shaking the car down. (We believe a second car is on the way, either as a spare chassis and/or a potential Asian Le Mans Series car).

The team is testing Tsugio Matsuda here and the Japanese is currently confirmed for Silverstone only.

With all sorts of games underway, and in fairness with the first realistic opportunity for the factory teams to test back to back, there’s a degree of scepticism being applied to some of the data we are seeing. Some figures though are hugely impressive – One factory Porsche was clocked at 328 kmph on the Mistral Straight this morning, an incredible 47 kmph faster than the Rebellion Lola Toyota! 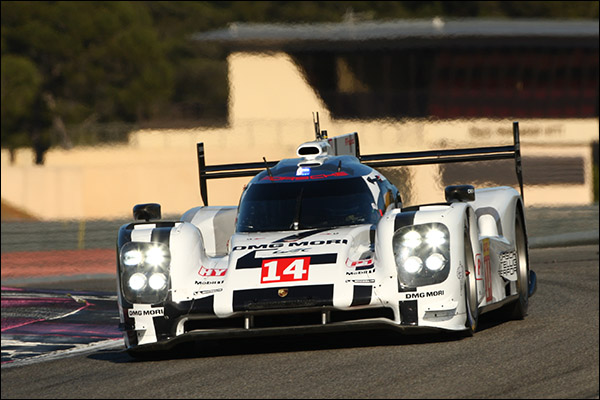 Olivier Pla indeed started his session by putting the Morgn on top of the LMP2 tree – 1:49.2 his best effort in early running.

Fred Mako made his debut as a Porsche factory man with the contract woes apparently behind him – 1:58.0 was good enough for him to keep James Calado behind him for now. 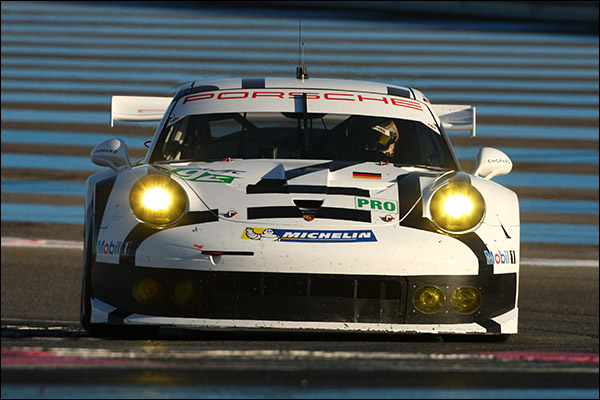 The #23 Millennium Oreca Nissan has still not turned a lap. That changed some little time later as Shinji Nakano emerged to give us total of 25 cars that have run here so far.

Not only that but as we moved into the final hour of the session the car popped up atop the LMP2 times with a 1:48.970.

Brendan Hartley meanwhile improved the time for the #20 Porsche – 1:41.7

There’s plenty of testing of new systems for both the teams and race organisers here – We’ll have more on the new in-car marshalling system next week but for now let’s just confirm that the intention at Le Mans is to use this to reduce risk at and around an incident site but that there will be other instances where a Safety Car (or more correctly at Le Mans three Safety Cars) will be used – for instance when intervention vehicles are on track. When these arrive at an incident scene the race could then revert to a ‘slow zone’.

Vincent Beaumesnil confirmed that their estimate was that had the new system been in place at the 2013 Le Mans 24 Hours there would have been 3-4 hours less running under Safety Car conditions!

In other news Porsche have confirmed that the 919 Hybrid will run in the 6mJ category.

There was little improvement in LMP1 times until the last moments of the session when Andre Lotterer popped up second fastest, splitting the Porsches.