The Mistral is whipping across Paul Ricard this morning, bright, but very breezy and not a little chilly.

There was a queue of spectators ready to get in when we arrived this morning and whilst the weather is likely to mean that we don’t see all 8000 that pre-booked for free access it’s good to see spectators taking interest, and getting access to what is, after all, a test.

A couple of updates – The second factory Porsche GTE Pro car is indeed on its way back to base after a sizeable off at Signes corner during the team’s private test earlier this week.

One or two teams are packing up early, the teams must be out of here by midnight tonight we believe and for some time is short as they prepare for the start of the season proper in less than two weeks time at Silverstone.

Christian Ried expressed himself “delighted” with Proton Competition’s new (and it is a brand new car) Porsche 911 RSR. “I was never all that comfortable with the 2012 car we ran last year. This car is a big step forward, easier to drive and there is a lot more to come” 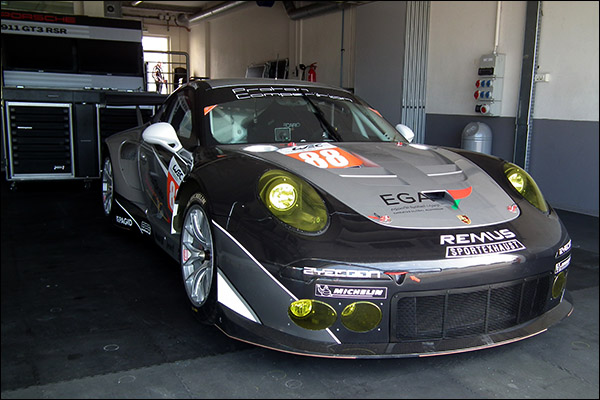 Khalid Al Qubaisi meanwhile was in “Told you so” mood with the DSC Editor after he exclusively revealed to us at the Dubai 24 Hours that he was looking to get to the WEC this season.

The #88 car had a brief shakedown at Weissach before arriving here.

The team’s second car, to be raced at Le Mans by Dempsey Racing, is due to arrive just before the Le Mans Test Day and will likely get a short private test prior to the start of proceedings at Le Sarthe.

Longest stint of the day for a single driver yesterday was for Mark Patterson in the #53 RAM Racing Ferrari, 18 laps for the affable South African who will be doing double duty at Silverstone, helicoptering between sessions in the WEC and at Oulton Park for British GT. 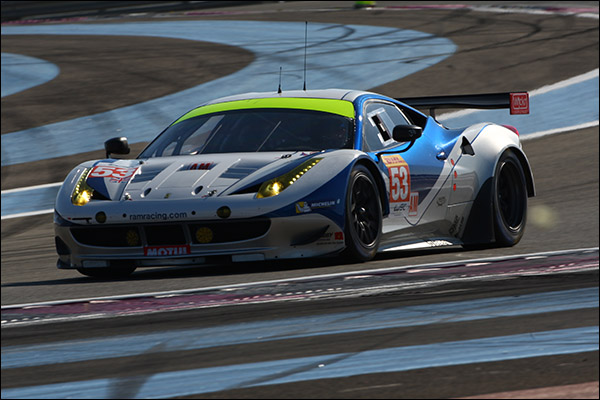 “At the moment I am doing four races with the (RAM) team, a have an unmovable commitment for Spa but we’re talking about the possibility of me staying here for the final three races too.