After an hour of running, the first practice session of the year was led by Jota Sport and their Zytek Z11SN. Simon Dolan, Harry Tincknell and Filipe Albuquerque all got laps in for the British squad, but it was new-boy Harry Tincknell who set the fastest time at around the 30 minute mark; a 1:51.041.

These times would be short-lived however, as a 1:51.166 by Christian Klien in the Newblood Morgan quickly put the Swiss team on top of the sheets.

“It is a nice start. The lap came very easily and I expect much more time to come from the car in the qualifying session,” Klien said. “The tail wind down the big straight (Hangar) is a little strong and the temperature was quite low this morning too. Gary (Hirsch) and Romain (Brandela) are doing a good job too so I hope we can continue in this positive way for the next session.”

A 2:00.256 by Andrea Bertolini in SMP’s #72 Ferrari would set the pace for the GTE runners in the session, pushing AF Corse down to second. 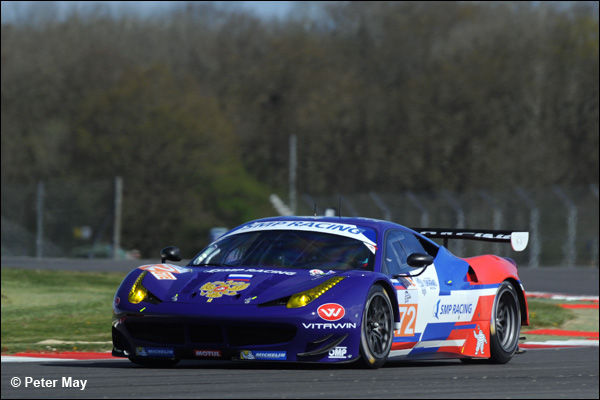 “It was a nice session for us and the team did a good job,” said Bertolini. “The first feeling is that we have a nice set-up and we will be in good shape here. The big question is how my stint in the race goes. As the Platinum driver I have a maximum of one full stint in the car, so it will be important to time this right.”

DSC understands that platinum drivers such as Andrea are more likely to complete the final stint as historically there is less chance of safety cars later on in the race.

JMW Motorsport with George Richardson Daniel McKenzie and Daniel Zampieri driving, were pleased with their performance during the session. A 2:00.961 set in the second half of the hour, was good enough for third in GTE.

After a long period of status-quo Jota shook things up and topped the screens, where they would stay for the remainder of the session. With 30 mins to go, series newcomer; Harry Tincknell, managed a 1:51.041 in the Z11SN. This forced Newblood down to second in class.

The #28 Greaves Zytek finished third in P2, seven tenths back from the Newblood Morgan, while last year’s champions – Signatech Alpine – only managed seventh in the competitive P2 class.

Meanwhile, in the GTC class, there was also a change up front. The #71 SMP Ferrari set a 2:01.099, to put the Russian squad on top in both GT classes and half a second clear of the rest of the GTC runners. No other teams would match SMP’s times in the final stages of the hour, despite PRO GT by Almeras closing the gap from the #71 just over four tenths after Franck Perera’s time in the 997 GT3R.

It was a solid debut session in the ELMS for ART Grand Prix. Their #98 McLaren – fresh off a win at the Blancpain Endurance Series race last weekend – managed to finish third in the GTC class with a 2:01.627. All three drivers were able to get some laps under their belts.

There were a couple of incidents in the session, one worse than the other. The Sebastian Loeb Racing Oreca of Jan Charouz had an off into the gravel at Luffield, bringing out local yellow flags for an extended period of time, but the car was able to continue after being retrieved by marshals.

The #34 Race Performance Oreca of however, wasn’t as lucky. The Oreca 03 – which had only just been rebuilt after the Ricard test – had a spin, hit the wall at Becketts and stopped. The damage wasn’t too bad but the car was returned to the pits on a flatbed before continuing. 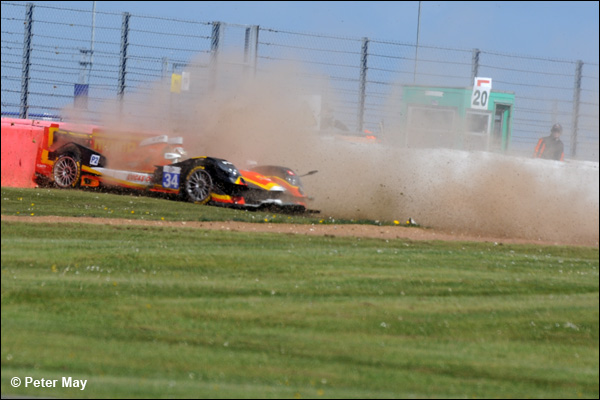 “Franck [Mallieux] was in the car when it went off. He took too much kerb I think and hit the inside wall. The front of the car is slightly damaged but not too bad and we got back out in the session,” admits Team Owner and Driver Michel Frey.

“I think we are getting all of our incidents out of the way in the opening part of the season….I hope!”

Team Russia by Barwell also had issues and didn’t manage to get many laps completed. They have had to change the gearbox on the Z4, and should be ready for the second Free Practice session later today. 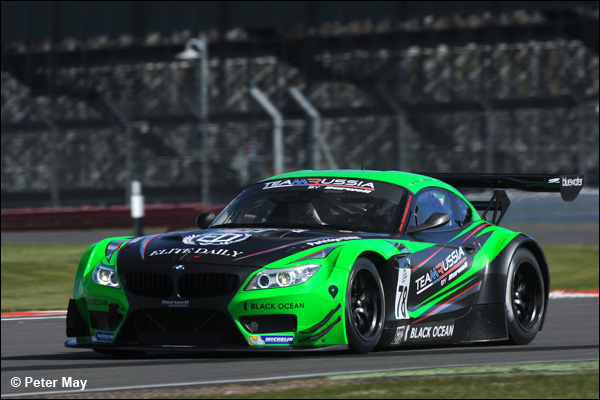 39 cars were entered for the weekend, but only 38 will take part. The #57 SMP Ferrari had pulled out late after team owner Boris Rotenberg decided to skip the event due to business commitments. The entire team and the car are in attendance however.

“Boris [Rotenberg] is not here. He had a late call on some business commitment so it was decided to withdraw the car. I have just come from Long Beach so it is disappointing but that is the decision from the team.

“I am likely to do Spa FIA WEC with the team but Le Mans is not decided yet. I’m staying here to work with some F3 drivers that SMP have an interest in so I will still be busy,” said teammate Mika Salo.

All 38 cars which remain on the entry list posted times.