Tom Kimber-Smith set the pace in the second ELMS Free Practice session of the weekend, pacing the LMP2 field with a time of 1:49.499 in the Greaves Motorsport #41 Zytek Z11SN. While in the GT classes, the Ferrari 458s continued to dominate; with AF Corse and Team Ukraine topping the timing-screens in GTE and GTC respectively. 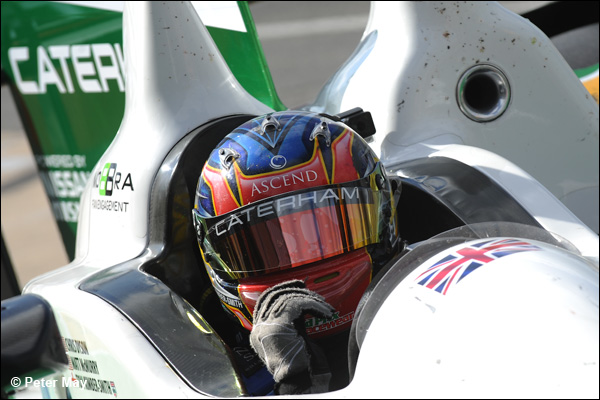 “The car is good, it’s always been very good round Silverstone,” Kimber-Smith said. “We have done a lot of pre-season testing, and it seems to have paid off. The car is well balanced straight off the truck, we haven’t really had to touch it yet. Very pleased to be P1.”

“The challenge this morning was to get Matt [McMurray] up to speed. He’s racing in Europe for the first time at 16 years old coming over from America, and he is doing an incredible job so far,” he added.

After 15 minutes of running, the Newblood By Morand Racing Morgan once again led the LMP2 runners. Christian Klien managed to set a 1:49.925, just over a second quicker than Jota’s FP1-leading time from earlier in the morning. 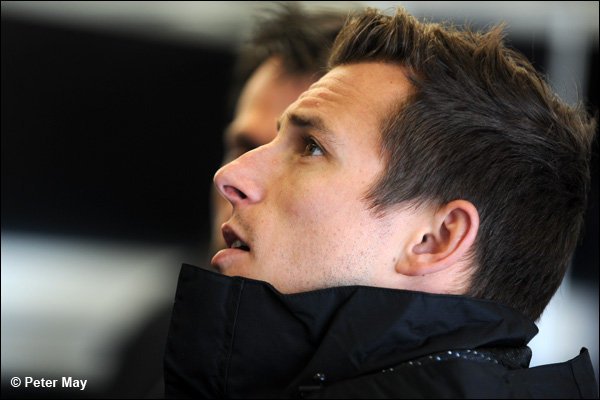 But their session was cut short after an incident at Vale involving the #95 AF Corse Ferrari of Cedric Sbirrazzouli while Gary Hirsch was driving.

“I took him (Sbirrazzuoli) coming out of the quick right hander [Stowe] and then was on the line for the next left [Vale]. But he obviously did not see me and hit the left rear of the car quite hard,” Hirsch explained. “It broke the suspension but there does not seem to be much damage on the gearbox or driveshaft.

“It was really unlucky and really annoying because I have not done many laps at all but Christian has done a great job in both sessions so apart from this inconvenience we are happy.”

The Swiss outfit still finished second overall however after Kimber-Smith’s hot lap in the final minutes of the session pushed them off the top spot.

The top three in LMP2 was rounded out by former series champions Thiriet by TDS Racing. Their Oreca 03 ended up just under a second slower than the Greaves Zytek-Nissan, and only .016 faster than the leaders of the first session – Jota Sport – in fourth.

GTE was as close as expected, with lots of chopping and changing on the screens throughout the hour and a half session. 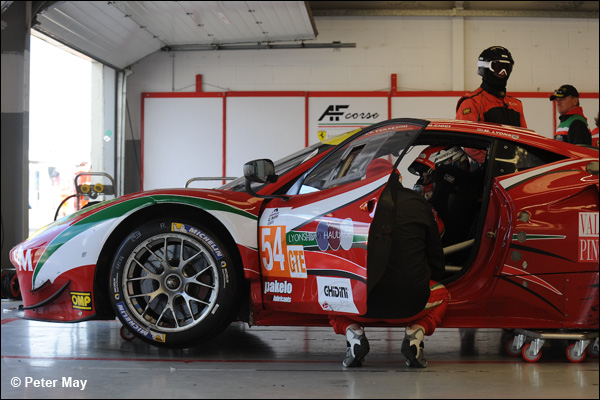 Micheal Lyons in the #54 Ferrari looked to be the man to beat early, but as the session went on the quick times came from the JMW Motorsport and IMSA Performance camps. Daniel Zampieri for JMW and Nicolas Armindo in the IMSA Porsche both setting consistent times.

In the end though it was the #55 AF Corse Ferrari of Duncan Cameron, Matt Griffin and Michele Rugolo who would finish on top, with a best time of 1:58.842. SMP Racing would finish second in class two tenths back and IMSA Performance Matmut Porsche eventually fourth.

Team Ukraine’s Ferrari 458 went fastest in GTC, with a 2:01177 – set by Alessandro Pier-Guidi. The team – new to the series – beat out SMP’s Ferrari and Prospeed Competition’s Porsche, driven solidly by Dutchman Paul Van Splunteren throughout. And after leading the class in FP1, the #98 ART McLaren ended up ninth – over 2 seconds off the pace.

Following a troubled start to the weekend, Team Russia by Barwell managed to get their BMW Z4 out in the session after their gearbox change. They finished 11th in the GTC class.