The usual formalities took place before the first session of the year, with the driver pictures being taken before they were able to climb into the cars for the first time. It was a good chance to grab a few drivers and get their opinions going into the weekend: 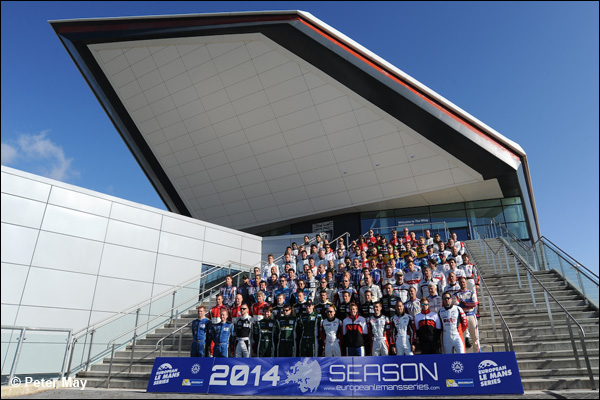 “We only really got a chance to run the car at the test at [Paul] Ricard. We did lots of running over the two days though. Lots of laps, the car ran really well. I’m pretty confident of the car around Silverstone too, we should be strong”

Stuart Hall, also at Gulf Racing, was not quite as confident though. The team’s Aston Martin he is due to drive this year didn’t get as much running as they had hoped before the season: 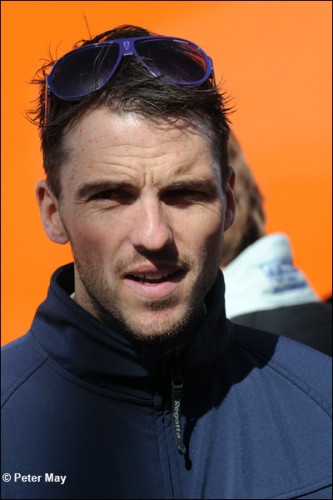 “We’ll see [how the weekend goes]. We’ve got a good car, a good package, good team-mates. Last year was really good, so we will see what happens.

“We had a few teething problems during the test, so we haven’t done many laps going into the weekend, we are going into the unknown. I know the car from last year though, that’s an advantage. I also think it’s [the Vantage] the best car on the grid,” added Hall

Also available for a quick chat was Gustavo Yacaman, who came on the red eye from the States this morning and arrived in the early hours. The Colombian is relishing the challenge of Silverstone, his first ever visit:

“The biggest issue was getting my Visa sorted out! I had a European one but not a UK one, so it was a tight squeeze getting that done but now I am here and really excited to get out on this famous track.

“I’m expecting the tyres to be the main thing to get used to as I hear that the Michelin have more mid-corner grip. I don’t know Keiko (Ihara) and have just met her. The first session today will be all about getting familiar with the track and the car. The team of course will be doing the same as it is the first race for this chassis.”

Alex Kapadia, who is driving for Murphy Prototypes just this weekend also had a quick word about his mad scramble to get the drive for the Irish team before the weekend:

“It has been a mad week getting the deal in place and then all the small things that go with racing for a new team, like seat fitting, etc. The team have been very welcoming and operate at a super high level so I can’t wait to get started.

“The real skill is maximising everything in the LMP2 and not losing time anywhere in traffic or on in and out laps. I’m really looking forward to racing with Rodolfo (Gonzalez) and Karun (Chandhok) here and hopefully it is the first of many but for now my deal is just for this weekend.”

Another driver entering the series on short notice is Kolawole Aluko. Relatively new to racing, the Nigerian will be driving for Kessel Racing in the GTE class in their #81 car with Matteo Cressoni and Thomas Kemenater.

Shortly after the group photo, the teams got ready  for the first Free Practice session of 2014.