A surprise visitor to the ELMS paddock this weekend was 1999 Champions League winner with Manchester United – Dwight Yorke. 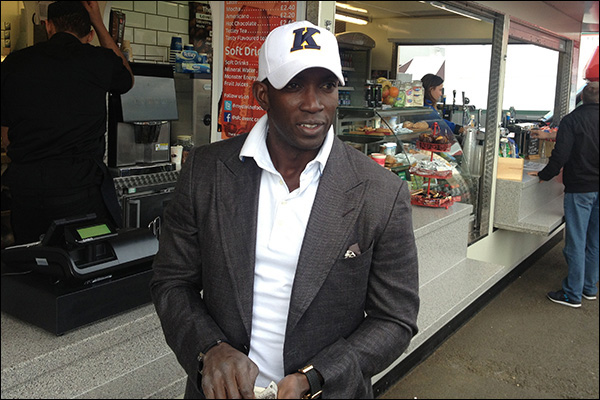 The now retired striker was at Silverstone supporting ex-teammate Fabien Barthez, who is racing in the LMGTE class with SOFREV-ASP.

“He’s bloody good isn’t he,” said the chirpy former Trinidad & Tobago striker. “I was impressed. I never realised he was so good and raced at this professional level. Fair play to him but he was always crazy so I am not surprised he is going at 180mph or whatever these things do.”

And what do you drive on the road Dwight?

“I had a Lamborghini Gallardo but I crashed it! Now I have all sorts of cars. I love them but no way would you find me doing this. Too scary!”

Any other 1999 Man Utd ex players he could see in a race car. “Maybe Becks…. [David Beckham] he was a bit of a boy racer….and also Giggsy [Ryan Giggs] loved his cars but he’s more in to Yoga these days!”

And with that he was off to buy a hot chocolate….paid for with the obligatory ‘footballer’ £50 note!