It was a sensational start to the 2014 European Le Mans Series at Silverstone this afternoon with  riveting racing going on constantly throughout the 37 car field.

With 45-minutes of the four hour race to run it looked like the Jota Sport team of Filipe Alburqurque, Simon Dolan and Harry Tincknell would take back-to-back Silverstone ELMS wins, only for a twist of cruel fate to violently intervene.

A nasty Hangar straight incident saw Dolan, who was trying to avoid the LMGTE class leading #55 AF Corse Ferrari, driven by Michele Rugolo at the time, spear across the track and impact the concrete wall, thankfully just before the bridge parapet. It was a fearsome incident that immediately brought out the Safety Car and saw Dolan carefully extricated from his Jota Sport Zytek-Nissan. The good news later filtered through that Dolan had been discharged from the medical centre by FIA WEC Medical Delegate Alain  Chantegret.

The irony was that Dolan was about to pit and hand over to Harry Tincknell, who had earlier claimed pole position and a simple cruise to the chequered flag had looked certain. 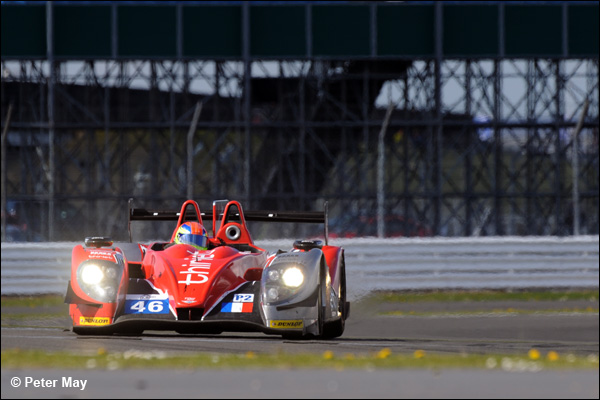 From there a 25 mins sprint to the flag saw Tristan Gommendy in the TDS by Thiriet Morgan-Nissan eventually hunt down and pass Michel Frey’s Race Performance Oreca-Judd in the final five minutes. The Frenchman eventually took the flag 3.8 seconds ahead of his Swiss rival. 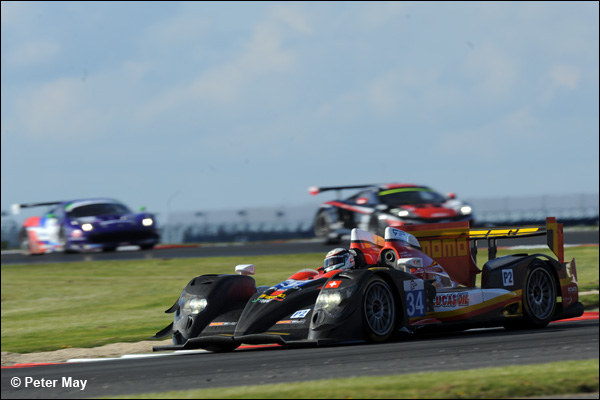 Earlier Pierre Thiriet and ‘Ludo’ Badey set the foundations for the win which although had some fortune from Jota’s retirement, was still well deserved. Badey in particular was a revelation to many during his brilliant double stint. Similarly, Franck Mailleux banished the memory of a Free Practice 1 accident yesterday to drive a scintillating race to put the Race Performance Oreca-Nissan in contention for the victory.

Completing the podium was Gary Hirsch in the Newblood by Morand Morgan-Judd. He almost claimed the runner-up spot on the final lap after a spirited battle with Frey. It was an epic end to a wonderful opening race of the season.

“It was a great race for sure with Michel, it really was,” said Gommendy just before the podium ceremony. “He drove very well and very correctly. At one stage I was not sure if I could do it but I did and I am so, so happy for this great team.”

Earlier there had been no hint of a safety car during the four hour event, the first of that length in the series history. Pleasant sunny conditions complemented the fantastic and ferocious wheel-to-wheel but spotlessly clean action from green light to chequered flag. The incident that befell Dolan felt all the more shocking because of this, but early indications on his condition appear positive. We wish him a swift recovery.

Other very notable performances during the race came from the recovering Murphy Prototype Oreca-Nissan which lost 6 laps through a puncture in the second hour. Alex Kapadia did the bulk of the recovery to P8, impressing mightily, while Karun Chandock set three consecutive fastest laps of the race in the final 25-mins sprint, showing searing pace which was little consolation to the unlucky team.

Greaves Motorsport finished 4th and 6th with the #41 Caterham liveried Zytek-Nissan charging in the closing stages courtesy of Tom Kimber-Smith. Earlier, 16 year old ‘wonderkid’ Matt McMurry enjoyed two exceptional periods in the cockpit to again serve notice of his latent talent as he aims to become the youngest driver to ever compete at Le Mans.

Sandwiched by the Greaves Zytek-Nissan’s were reigning champions Signatech Alpine. The early portion of the event was marred by a general lack of pace during Nelson Panciatici’s stints; his misery was compounded by a warning flag for track limit infringements. Paul Loup Chatin completed his mandatory time in the car solidly before Oli Webb impressed with his run to the line and valuable championship points. 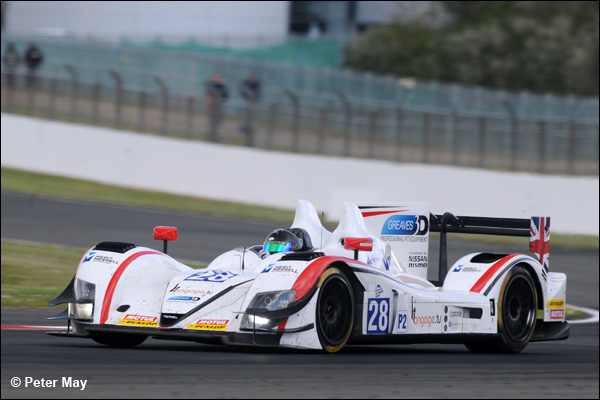 James Littlejohn was one of the stars of the early stages of the race and led comfortably for a period during his double stint. James Walker brought the car home 6th despite some late race damage to his Zytek-Nissan. Tony Wells much enjoyed his first experience of ELMS action, acquitting himself competently and it is hoped we see more from this trio during the season ahead as they can certainly achieve some top results this year. 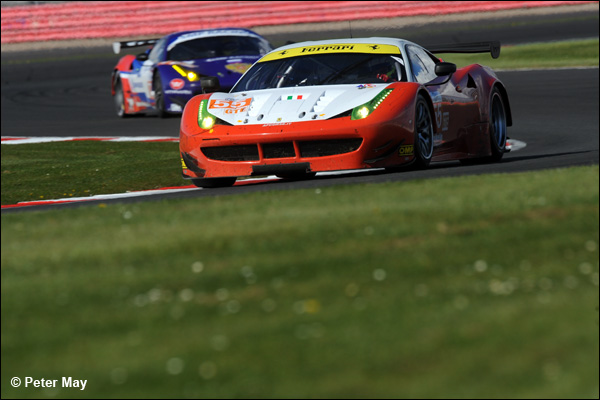 In the LMGTE class it was the #55 AF Corse Ferrari of Michele Rugolo, Duncan Cameron and Matt Griffin that took victory after a sensational battle throughout the four hour race with the #72 SMP Racing entry of Andrea Bertolini, Viktor Shaitar and Sergey Zlobin. The top step of the podium was decided at the re-start when Bertolini lost time during a skirmish at Aintree that involved Marco Cioci.

“It was nice to race with the SMP car. We were 10-seconds behind and then there was some contact between #54 (Cioci) and #72 (Bertolini) which obviously helped us.”

“The last pit stop we lost about 10-seconds as we had a slight issue with the wheel gun but apart from that it was a great job by all the team,” said Matt Griffin as he welcomed Michele Rugolo home in parc ferme. “I think in total we took the SMP car three times in that race, it was a pleasure to be involved in a classic fight.”

Completing the podium in the LMGTE class was the #76 IMSA Performance Matmut Porsche of Nicolas Armindo, Raymond Narac and David Hallyday. 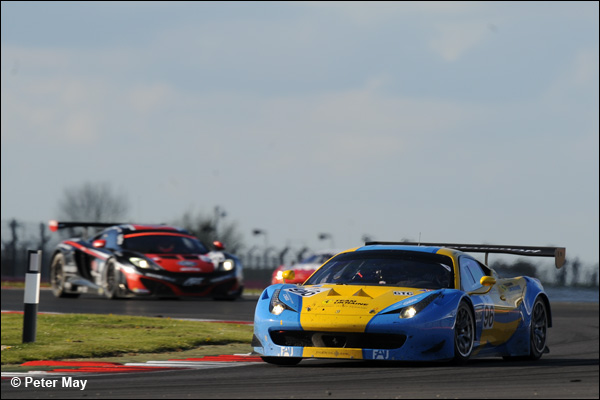 In the GTC class it was eventually a straightforward win for the Team Ukraine Ferrari 458 of Alessandro Pier Giudi, Sergii Chukanov and Andriy Kruglyk. Pier Giudi had two separate periods at the wheel and was the telling difference when the Formula Racing Ferrari 458 briefly threatened. The SMP Racing Ferrari of Olivier Beretta, David Markozov and Anton Ladygin snatched second place from the all-Danish squad in the dying laps at Stowe.

The results remain provisional and we are awaiting news of why and if any action is to be taken during a couple of incidents during the last hour of the event, including Dolan’s unfortunate incident, which on initial viewing appeared to be just that.

There will be much more reaction and analysis of this superb race throughout the Easter weekend.

The second round of the five race series takes place at Imola on 18th May.