Marc Basseng, Markus Winkelhock and Niki Mayr-Melnhof are all names that followers of GT racing will instantly associate with Audi, but for the 2014 Blancpain Sprint Series, they’ve been joined at Phoenix Racing by newcomer Alessandro Latif. 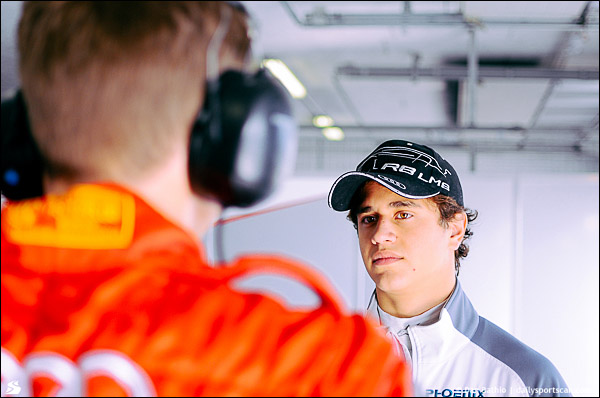 The 18-year-old Londoner has already cut his teeth in the Flying Lizard Motorsports GTD-class Audi at the Daytona and Sebring TUSCC races earlier this year, but the Blancpain Sprint Series Easter weekend meeting at Nogaro was his first event in a full-fat GT3 car. 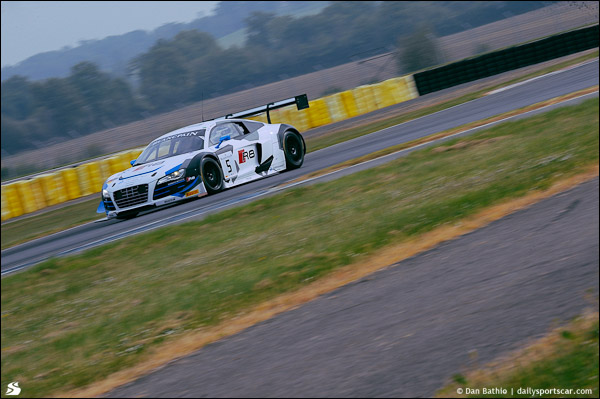 Latif has raced single-seaters, like the vast majority of up-and-coming young drivers, but he’s also dovetailed this with appearances in the VdeV and CN prototype classes over the last number of years. “It’s helped me a little bit – you have the element of not being able to see your wheels,” he says, “but it’s still a total change when you go from an open car to a GT. You have to completely change your spatial awareness and the way you see the track from a closed cockpit. The ABS helps a bit, as I can just hit the pedal without worrying about locking up, so it’s one last thing to think about.” 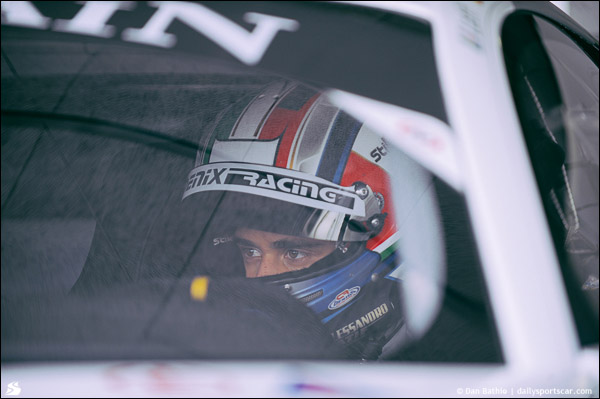 Daytona and Sebring are two of the most daunting races anyone could make their GT debut at, but Latif took the challenge in his stride. “They were two amazing races,” he beams. “I’d never even been in the vicinity of an oval track before I arrived at Daytona, so that was very impressive. And all the bumps at Sebring are a lot of fun, too.” Latif finished both races, scoring fifth and eighth in class respectively. 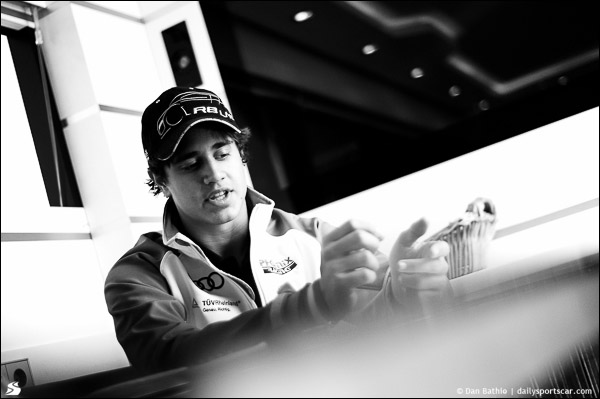 The GTD-spec Audi Latif drove in the TUSCC enduros looks superficially similar to a European GT3 car, but looks can be deceiving, as he explains: “It’s a completely different ball game again compared to a GT3. The tyres are different, and there are no electronics whatsoever, so messing around with the traction control and ABS settings in the Phoenix car this weekend is something completely new to me. The GTD also has practically no downforce and feels very soft, yet it’s still an interesting animal to try and tame. It’s a fun car to drive, but electronics aside, the GT3 feels more familiar to me as a race car.”

As well as getting to grips with the GT3 Audi, Latif also faces the challenge of racing on a track he hasn’t been to before at every round of the 2014 Sprint Series. “I work on simulators quite a lot, and study plenty of on-boards, too,” he says when asked how he prepares for each weekend. “But you still have to go out there and do that first flying lap. I just go in to the corners as hard as the team have told me to and deal with the consequences on the way out!” 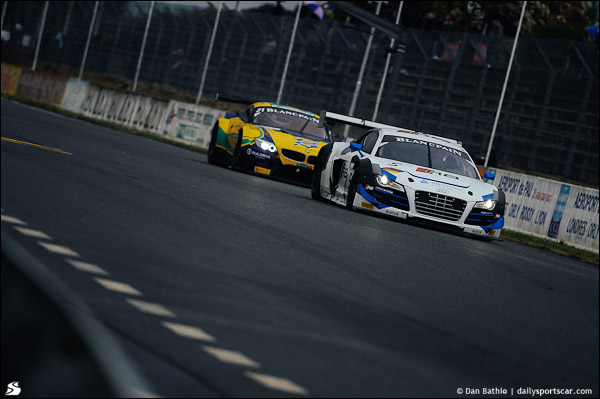 With the experienced Basseng sharing the car with him, Latif is well placed to put in a solid debut season in GT3s. And although he doesn’t have a formal relationship with Audi yet, he’s clear about where he wants to be in the future: “I’m just trying to get in with them – I did the DTM young driver test at the end of last season, and here I’m aiming to do a good job and get noticed. My goal is to become a factory driver, absolutely.”

Basseng and Latif finished Saturday’s Qualifying Race in Nogaro in 10th place, and went one better in Sunday’s Championship Race with ninth.