CD Sport took victory at Le Mans after Marc- Antoine Dannielou and Maxime Pialat in the #33 Norma M20 FC fought off entries from Equipe Palmyr and TFT in the competitive CN1 class. 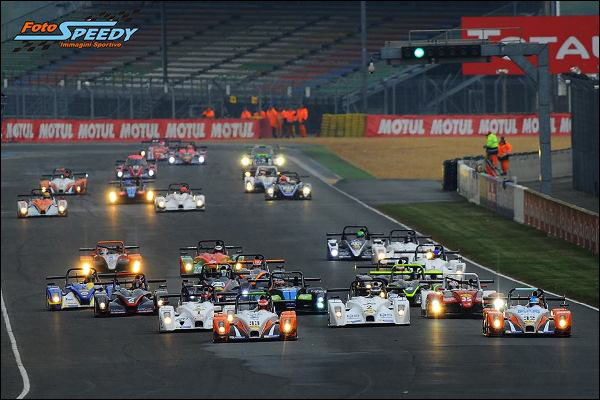 CD Sport took command in qualifying and managed to lock-out the first three spots on the grid with the #32 of Kévin Bole Besancon, Inès Taittinger and Garry Findlay emerging on pole for the French team.

In the Gentlemen class TFT claimed pole with their #6 Norma while the PFV class was led by Oak Racing’s Ligier JS55, 2 seconds quicker than Speedreams Racing’s debuting Pescarolo 02 coupe. AMP Racing were the only entrant in the CN2 category and therefore held the class-pole by formality.

Heavy rain at the circuit on the Saturday night meant the track was still wet by the time the race started – making the conditions very tricky for the 30 cars entered.

The greasy conditions didn’t prevent the drivers from pushing hard however. A storming drive on lap one catapulted the #19 Extreme Limite Tatuus PY12 into the lead of the race from 11th on the grid, despite a good start by the three CD Sport Normas.

It only took seven minutes of racing before the safety car would need to be deployed though. The Mornay Motorsport Ligier of Marc Rostan crashed opposite the circuit Museum, causing a safety car period which would shake the pack up even more than the opening laps; as many teams opted to use the stoppage to pit.

The #33 CD Sport Norma held the lead when the safety car returned to the pit lane, but was quickly passed by Nicolas Maulini in the #28 JD Racing Norma for the lead.

Maulini strung together fastest lap after fastest lap to create a gap back to second, but after handing the car over to his team mates, the lead was lost. Jaques Wolff and Eric Attias weren’t able to complete their minimum drive time in the car because Maulini was in for too long, forcing the officials to hand them a 2 lap penalty; the JD Norma therefore dropped like a stone down the order.

At the halfway mark, Equipe Palmyr #2 Norma held a healthy lead over the #36 RLR Ligier and the eventual victors – the #33 Norma from CD Sport. The next round of pitstops came soon after though, and coupled with another safety car provoking incident – resulted in the #33 emerging in the lead, with the #35 Ultimate Tatuus holding second and the Equipe Palymr #2 third. 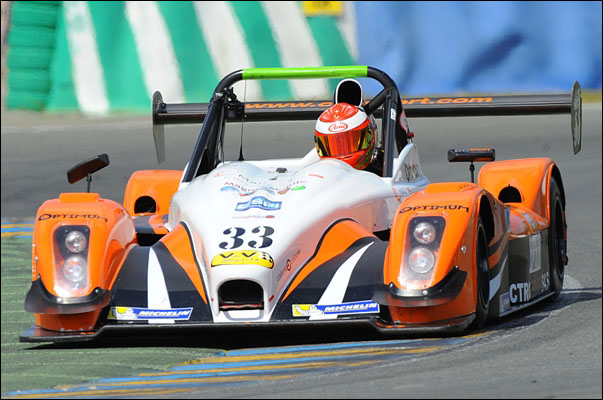 The #2 of Christian Vaglio-Giors had winning on his mind though, and overtook the #35 for second and with just 25 minutes left in the race was just 2 tenths behind the lead Norma. Maxime Pialat in the lead CD Sport Norma was able to find the extra pace needed to take the win though, managing to create a 10 second gap. 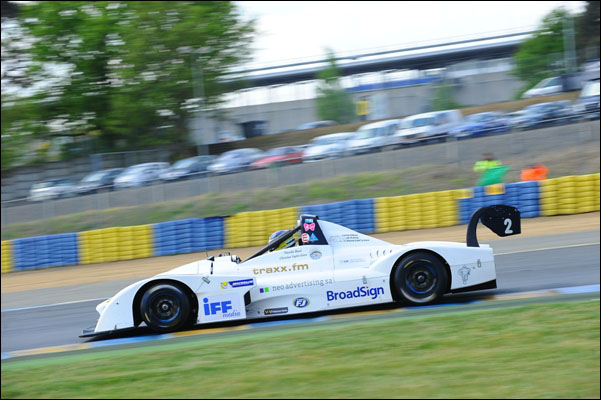 Meanwhile the #8 TFT Norma found its way past the #35 Ultimate Tatuus in the final minutes to claim a podium spot.

TFT won the Gentlement class too – their #5 and #6 Normas taking a 1-2, two laps clear of the nearest competitor – the SCUDERIA Bi & Bi Tatuus.

AMP Racing won CN2 by default, while both PFV entries failed to finish the race. The Oak Ligier and Speedreams Pescarolo suffered from mechanical issues leaving the class trophies without an owner.

Next up on the Prototype series calendar is the 6 hour race at Paul Ricard on June 1st.