Round 2 of the 2014 VdeV GT/Touring Series was held once again at Le Mans on the Bugatti Circuit. A dominant performance by the Ruffier Racing Team all weekend at the saw Patrice and Paul Lafarge take the win at the 3 hour race in their #17 911-GT3R, an event which saw the overall podium made up of three Porsche teams. 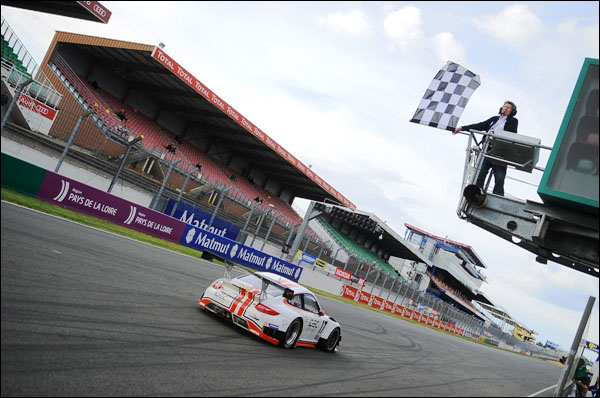 The Saturday qualifying ended with the Ruffier team taking a convincing pole position ahead of the #2 Visiom Ferrari – which won the first round of the season at Barcelona – by just over 4 tenths. The GTV2 class was lead by the #4 AB Sport Auto Audi R8, while the GTV3 class saw it’s sole entry – Nourry Competition – take pole in their #27 997 Cup Porsche. GTV4 was headed by N Race, also in a 997.

At the race start, the Ruffier Racing Porsche lost the lead to the hard charging Visiom Ferrari of Thierry Perrier and the #51 AF Corse Ferrari 458 of Rui Aguas. Aguas continued to pressure the Perrier in the opening few laps, getting past him for the lead of the race. 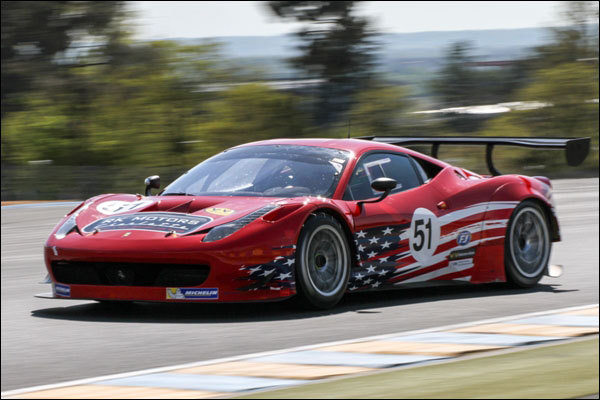 Team LNT’s Ginetta of Mike Simpson once again proved the G55 has elite pace at the start, as Simpson drove from 14th on the grid to second in less than 15 minutes of racing. His hard work though, would eventually come to nothing.

A safety car period after 20 minutes, called while the marshals recovered the stranded #23 BF Competition Porsche, cost the British team dearly. Many teams dived into the pits – including the Ginetta – but when Simpson handed the car over to teammate Lawrence Tomlinson they found themselves back down in tenth.

When the safety car period was over, Rui Aguas attempted to extend AF Corse’s lead, but lost it when the 458 pitted at the 40 minute mark for new tyres and fuel. This gave clean air to the Visiom Ferrari which looked primed for victory ahead of the Ruffier Porsche and the recovering G55 in third.

The event however, would turn into a race of attrition up front. Both the Visiom Ferrari and LNT Ginetta would retire shortly after the 1 hour mark. Both cars would suffer mechanical issues bad enough to force them out of the race. This left the Ruffier Porsche, #007 Lorient Porsche and AF Corse Ferrari to duke it out for the victory, but even AF Corse wouldn’t make it to the finish. 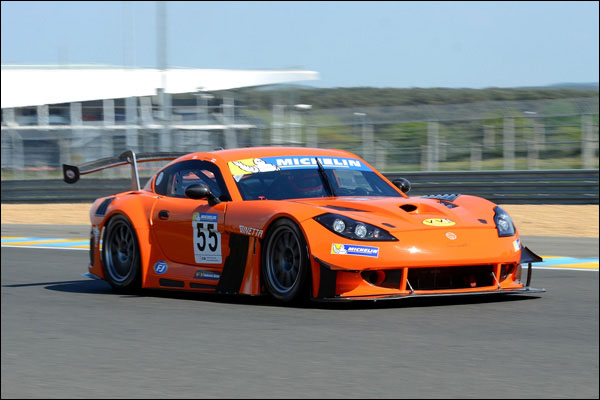 Robert Kauffman was in the #51 AF Corse Ferrari after the next set of stops when it retired from the race, crawling around the circuit with a loss of power. Paul Lafarge meanwhile was up to speed in the Ruffier Porsche, and managed to get a lap lead over the Lorient crew in the last hour of the race. Nourry Competition would inherit third overall and in the GTV1 class because of AF Corse’s issues, giving Eric Mouez and David Loger a reason to celebrate.

GTV3 was of course won by Nourry Competition and GTV4 saw the VdeV entered Mosler take victory after the only other competitor – the BF Competition Porsche – retired on lap six. 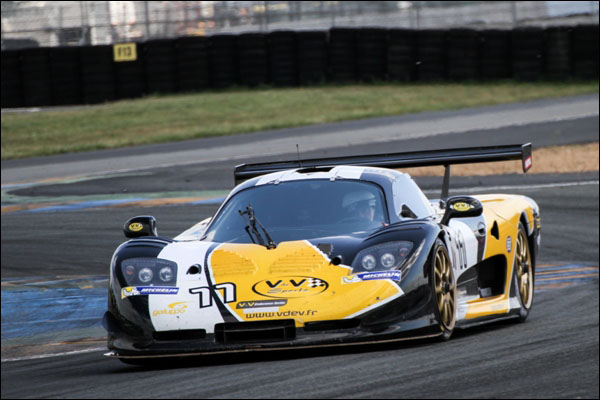 The next round of the VdeV season is on the 1st of June, and sees the teams head to the High Tech Test Track at Paul Ricard for the series’ 6th annual 3 hour race.