The first practice session of the weekend saw the #1 Audi Sport Team Joest R18 of Löic Duval quickest of the 28 runners at Spa. The Frenchman posted a time of 2:15.143 in the final minutes of the session to jump ahead of the two Toyota TS040s who led it most of the way. 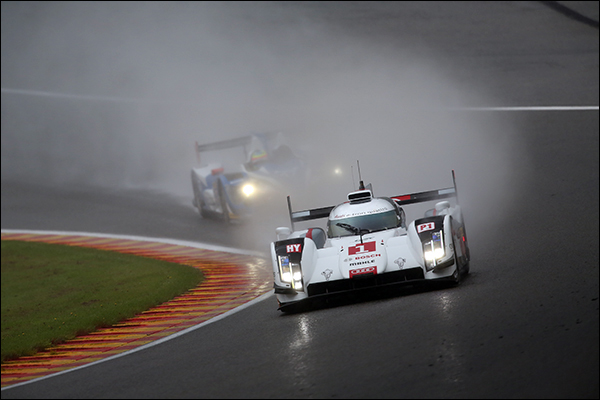 SMP Racing started the weekend strong with a 1-2 at the top of the LMP2 class, the #27 Oreca of Maurizio Mediani, Nicolas Minassian and Sergey Zlobin managing to put in a 2:25.960. Meanwhile in GTE, Gianmaria Bruni’s #51 AF Corse Ferrari 458 set the quickest time in the PRO class – a 2:34.548 – on the drying track and the #75 Prospeed Porsche with Matthieu Vaxivière at the wheel set a 2:34.281 to lead the AM runners. 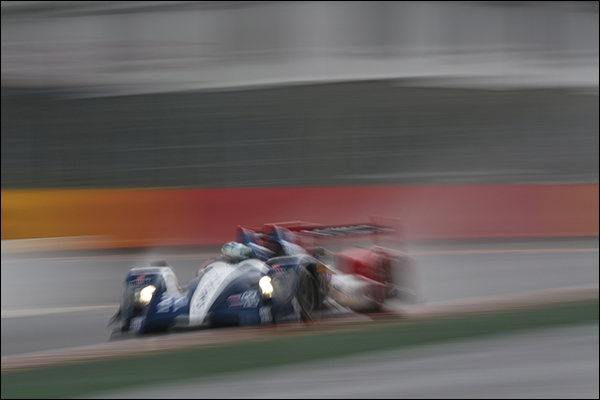 Rain came down and heavily during the first half of the session, making it very tricky for the runners who braved the conditions early.

Marcel Fässler in the #2 Audi set the pace early in the session, but the time posted by the Swiss driver wouldn’t hold up for long as the 16 cars which went out early got used to the conditions. Anthony Davidson in the #8 Toyota went fastest towards the tail end of the first hour of running, with Kazuki Nakajima going even quicker with a 2:16.181 moments later to make it a 1-2 for the Japanese marque. 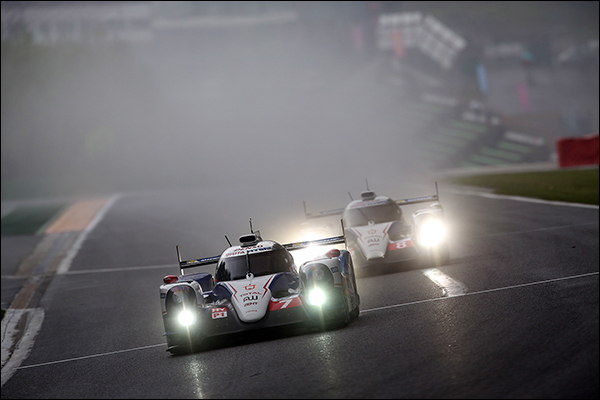 Aside from the #20 Porsche 919 stopping at the pit entry, on purpose to test a limp home strategy and the two brand new Rebellion R Ones taking the track for the first time, not much happened up front until the very end of the session when Duval put Audi top.

Nick Heidfeld broke the top 10 by the end of the session for Rebellion and their brand new car after a conservative start to the weekend. They waited a while to leave the garage, but by session end the ex-F1 driver set a 2:28.451 to go 10th overall, completing 11 flying laps. The sister #13 R One however, failed to set a competitive time, completing only three installation laps. 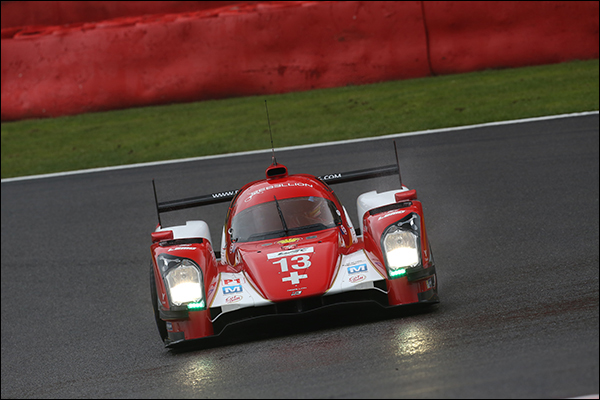 Jota Sport, who are here as a one-off entry, took their rebuilt Zytek Z11SN out for 28 laps in the session, with their new third driver Marc Gené getting the British squad up to third in the LMP2 class. But they were three seconds slower than the two SMP Orecas ahead who took a commanding lead in the class early and remained unmatched. 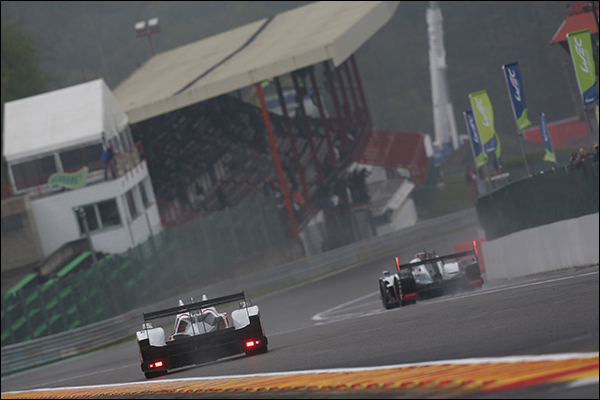 The #92 Porsche 911 RSR of Marco Holzer and Fréd Makowiecki ran competitively throughout the session, running quickest in the PRO class at multiple points. Though AF Corse who look primed for a good result, set a time just one tenth quicker when the track dried out a bit and the teams opted for intermediate tyres. Darren Turner set the best time of the Aston Martin V8 Vantages, putting the #97 third, seven tenths off the pace. It was a good run for Prospeed, who ended the session almost a second and a half clear of the other GTE AM teams – 8 Star Motorsports finished the session second with Proton Competition third.